The new BMW 740e plug-in hybrid boasts an impressive set of figures, but what's it like to drive? 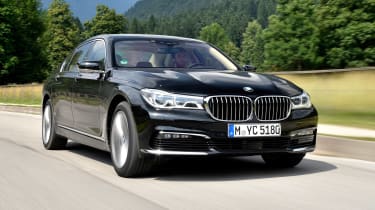 The BMW 7 Series still falls behind the Mercedes S-Class in the luxury car class, but this 740e is still well worth a look. It’s quiet, comfortable and efficient, but doesn’t lose out on performance or kit - and the electric motor means it will work well for those who spend time in the car waiting, as it can be charged up or simply sit in silence.

Looking at the new BMW 740e on paper reveals a scarcely believable mix of abilities. It’ll accelerate from 0-62mph in just 5.4 seconds, emit only 49g/km and return an impressive 134.5mpg. Yet it does all this and more, while still offering all the comfort and equipment you’d expect from BMW’s flagship.

Of course, the reality is that most of the time it won’t be doing those figures. Either because the real-world figures won’t match, or because it would feel a bit vulgar to launch a luxury car like this at full speed. 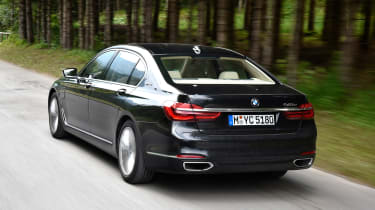 It’s what the stats don’t tell you that impresses most about the 740e plug-in hybrid, though. At low speeds, the car runs in electric-only mode for up to 29 miles, which means it’s almost silent inside as you waft along without a care for the outside world. There’s some wind noise at high speed, but the extra soundproofing means the engine takes a back seat – even on the motorway.

Not that the 2.0-litre four-cylinder engine is unpleasant to listen to: put your foot down and 500Nm of torque is applied with a pleasant growl. The electric motor supplies 250Nm from zero revs, and with a total power output of 322bhp, the 740e feels quick for its size. But calmness is what this car is built for, and the plug-in powertrain really suits the way this car wants to be driven.

It gets the same low driving position as the standard 7 Series, while the taught chassis remains comfortable despite its resistance to roll in the bends. But the light steering and huge size mean it definitely feels more at home on a relaxed cruise. It feels fine on wider roads, but on small, twistier sections the size and weight work against the 740e when it comes to handling.

The 740e feels particularly well-suited to high-end taxi or chauffeuring firms. In this scenario the driver can charge it up using AC fast-charging tech while waiting for their passengers, saving fuel and keeping things very quiet while shuttling clients around the city. The eight-speed gearbox is smooth too, which is essential for a car like this.

Aside from the powertrain, it’s a comfortable way to travel, whether you’re driving or being driven. The interior feels well put together, just like it does in the standard car, with a mix of metal and leather surfaces. There’s no cheap-looking plastic in the cabin, and the clean dashboard design gives it a quality feel. 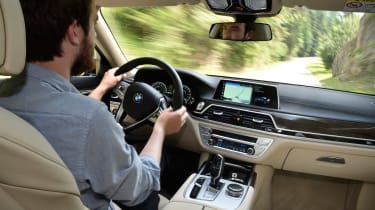 However the 7 Series can’t touch the Mercedes S-Class when it comes to luxury – especially in the back. Just like the Merc, the 740e has ample legroom, but the S-Class’ relaxing and stylish cabin arrangement is a step above.

As you’d expect for £68,330, there’s an impressive kit list. Standard equipment includes 18-inch wheels, four-zone climate control, a digital key, wireless smartphone charging, LED lights, a large sat-nav display, reversing camera and heated front and rear seats. Unique to the 740e model is the eDrive selector, which works in the same way as it does on the smaller 330e.