What is hypermiling and how do you do it?

Hypermiling helps you get the most from every last drop of fuel to maximise MPG. We explain how it works, and how it can save money… 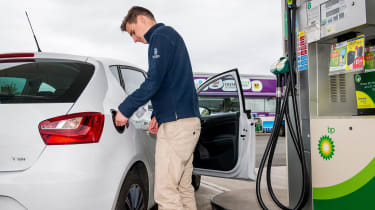 With high fuel prices being the bane of motorists’ lives in the UK, some drivers have started going to extreme lengths to get the best miles per gallon they can while driving their cars. In the US, this is known as hypermiling, but the techniques used by hypermilers to deliver fuel economy that exceeds manufacturer claims can be applied by every driver who wants to maximise their MPG. Even if you don’t want to go the whole hog, cherry picking a few hypermiling techniques can really give your fuel economy a boost.

The history of hypermiling

Hypermiling gained traction in the US when petrol prices went sky-high in the early 2000s. With high prices at the pumps, many drivers bought more efficient hybrid cars, like the Toyota Prius. And soon fans of these more efficient cars tried to make them as efficient as possible, by using driving techniques that helped reduced the amount of fuel used while driving.

• How to save fuel in a V8 muscle car

Today, hypermiling is still a popular pastime with some drivers, there are MPG marathon events and hyper milers share their greatest feats of parsimony on social media, but it's something that can also be used in regular driving to help you maximise your fuel economy, no matter what kind of vehicle you're using.

A hypermiler will start by evaluating whether they even need to drive at all - if a 5-minute drive can be replaced by a walk or cycle, then they'll do that instead. If they do need to drive, then they will plan a route that will be as direct as possible but that also needs the least amount of acceleration and braking. They will also try to drive at a time when traffic is less busy. Hypermiling is all about maintaining momentum, and the more braking and acceleration you do up hills or in heavy traffic, the less efficient your driving is.

A hypermiling car will be optimised to deliver the most efficiency, too. This means it will be well maintained and serviced regularly, while the tyres will be inflated to the correct pressure to ensure rolling resistance is at its most efficient. Any unused items in the boot will also be removed to save weight and thus improve fuel economy.

When parked, a hypermiler will try and use their location to their advantage. If it's cold, then they will park their car in the direction of the sun so that the sun melts a frosted windscreen, rather than turning on their heated screen. And if it's warm, they'll park in the shade so that the car's air conditioning doesn't have to work too hard to bring the cabin temperature down.

Some hypermilers will park in optimum positions so that they don't waste fuel with unnecessary manoeuvres out of parking spaces. Usually this involves parking 'face out' so they are moving forwards immediately, while some will park on downward slopes so that they can 'coast' away using as little fuel as possible, although coasting is not recommended because you are not in full control of a vehicle that's coasting. 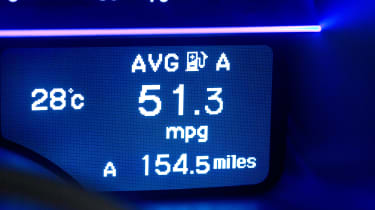 On the move, hypermilers will drive slowly and steadily, and will use anticipation to plan their manoeuvres in advance, rather than reacting to what happens directly ahead of the car. Keeping speeds down boosts fuel economy considerably, although it's probably best to maintain a reasonable speed so as to not antagonise fellow road users.

Smooth inputs of the throttle and steering are used, while Driving Without Brakes (DWB) is a popular mantra with hypermilers, as they try and drive for as long as possible without touching the middle pedal. This means a hypermiler is more likely to be concentrating on the road ahead than the average road user, and should be less erratic, too.

Coasting is an issue that has made hypermilers the target of some controversy, though. Some extreme advocates of hypermiling have been known to put their car into neutral to save fuel by letting the engine idle on downhill sections, while some have reportedly turned the car off completely to save fuel (a technique known as Forced Auto Stop, or FAS). But this latter technique can be very dangerous, because turning the engine off can cut power to the servos that assist with braking and steering, and in some cases there's the risk of engaging the steering lock, too.

No driver should engage in this kind of coasting. Some modern cars feature technology that sees the engine reduce to idle as soon as the throttle is lifted, boosting efficiency in a safe, controlled manner and rendering coasting unnecessary anyway.

Another controversial hypermiling technique is drafting, or slipstreaming other traffic. This has its roots in Nascar racing and its fast superspeedways, where cars will line up in convoy bumper-to-bumper to help improve airflow and slice through the air. While Nascar racers are trying to go as fast as possible by reducing drag, hypermilers are using the disrupted airflow behind other vehicles to boost their economy – the lower air pressure behind a vehicle means the following one uses less energy to achieve the same speed. 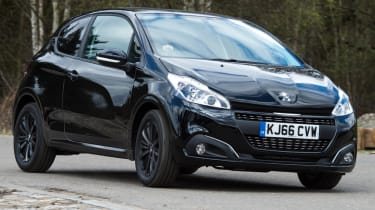 However, in most instances this puts the hypermiler and the vehicle they are following in danger, because they will need to drive closely to the car in front to achieve their goal. They would be well within the 'two-second' golden rule set out for driving in dry conditions, which will reduce their reaction and braking time should the vehicle in front suddenly slow.

Again, responsible hypermilers frown upon this technique, and always recommend keeping a safe distance to the vehicle in front – you can save just as much fuel keeping a distance and anticipating what's going to happen by looking as far up the road as possible.

• Remove weight. Take out any excess weight, such as tools, bags, pushchairs, etc.

• Don't drive. If you're just going to be driving five minutes down the road, can you walk or ride a bike instead? If there's a bus route near your location that goes near your destination, would that be a better option?

• Park and ride. If you're heading to a city centre, then using the local park and ride will help you save fuel. Or you could carry a folding bike in your car, so that you can park out of town and cycle the final stretch. Or let the train take the strain for the remainder of the trip.

• Plan your route. If you have to drive, plan a route that is as short and flat as possible while avoiding potential traffic congestion.

• Reduce your speed. Travelling at 60mph on the motorway will see your economy improve significantly when compared to travelling at 70mph.

• Wear lightly soled shoes. Thin soles will give you a better feel of the pedals, allowing you to be smoother when accelerating and braking.

• Anticipate the road ahead. Look as far ahead as possible and you will be able to adjust your speed accordingly to allow for traffic lights, junctions and slowing traffic.

• Be smooth. Gentle throttle inputs and smooth steering keep your car stable, allowing you to maintain its efficiency.

• DWB - Driving Without Brakes. Try to drive for as long as possible without braking. This can help you save fuel and improve your anticipation of events occurring further up the road.

• Engine off. If you do end up being stopped in traffic, turn your engine off to save fuel.

• Climate control. In warm months with the air conditioning on, use recirculated air to cool the air in the cabin, rather than cooling the air coming into the car. When it's cold, park the car into the sun so that its rays defrost the windscreen, rather than using the heated screen.

• Park smart. Find a parking space that you can drive forwards out of, saving fuel by avoiding reversing manoeuvres.