'Speed' to take centre stage at the 2018 London Concours

Here is all you need to know about the 2018 London Concours, including where to get discounted tickets

London Concours is returning to the Honourable Artillery Company’s HQ in the city this weekend. It’s the luxury car show’s second year and on June 7 and 8 visitors will be able to view a whole array of classic, performance and racing cars in appropriately salubrious surroundings.

The automotive garden party will see over £50million worth of exotic and rare cars take centre stage in a five-acre green oasis, hidden amid the City of London. Alongside the cars, there will also be a selection of pop-up boutiques from luxury brands such as Breguet and Glasshutte, an arthouse collection from Collier Dobson as well as a Taittinger champagne bar and cocktails from Remy Martin that guests can enjoy.

Tickets for the event are on sale now, available from the London Concours website. Tickets start at £35 for adults and £18 for a child or student. However, a discounted adult ticket can be purchased for £25 if you use the link below and the promotional code ‘DENNISVIP’.

Hospitality packages are also available for either breakfast or lunch with prices starting at £120 for breakfast and £216 for lunch. Gates will open at 10am on both days and will close at 8pm on Thursday and 5:30pm on Friday.

The theme for this year’s event is ‘Speed’, with all the cars appearing being grouped into different classes; Fast, Faster, Very Fast, Superfast and Hyperfast. With over 80 cars set to appear at the event, here are some of the headline cars to look out for. 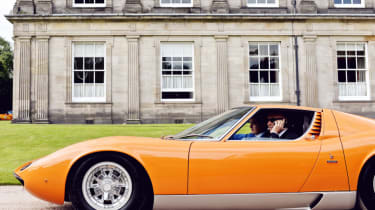 Often described as the world’s first supercar, the Lamborghini Miura debuted in 1966 with the sole aim of beating Ferrari. With a mid-engine 4.0-litre V12, the Miura easily outpaced the competition and became the fastest car in the world at the time, with a top speed of 170mph. Its iconic supercar looks have made it one of Lamborghinis most valuable cars. 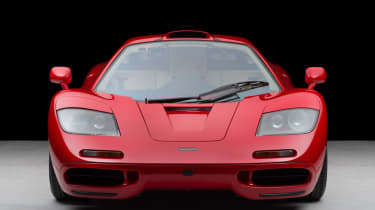 The F1 was the fastest car in the world for 13 years, from 1992 to 2005, setting a record of 240.1mph that very few road cars can eclipse today. The F1 contained several unique features including a central driving position, and a gold leaf covered engine bay. Modified racing versions competed and won across the world, including at the 24 Hours of Le Mans. 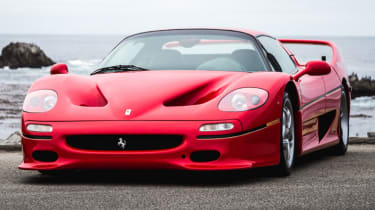 The successor to the F40, the F50 is part of an illustrious list of Ferrari’s flagship cars. Designed to be a Formula One racer for the road, it featured a 4.7-litre V12 engine developed from Ferrari’s Formula One engine of the time and styling inspiration taken from racing cars of the era. The F50 could hit a top speed of 202mph, with 0-60mph taking less than four seconds. 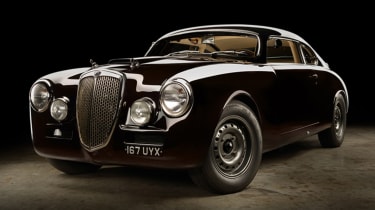 This Lancia is a bespoke creation by specialists Thornley Kelham Ltd who have spent over 5,000 hours on restoring and customising the standard Lancia Aurelia. The Outlaw version features a 2.8 litre fuel injected V6 and a fully bespoke interior featuring roll cage and racing harnesses. 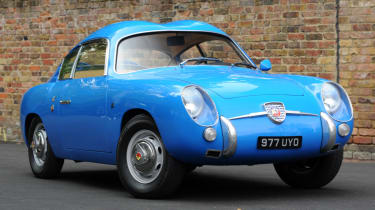 In 1955, Fiat-Abarth collaborated with Zagato to create the 750GT. Built on the chassis of a Fiat 600 and with aluminium bodywork by Zagato, the 750GT is one of the most unique looking small cars to ever be produced, complete with Zagato’s famous double bubble design. The car went on the race in the final Mille Miglia where is finished 1-2-3 in the sub 70cc class. 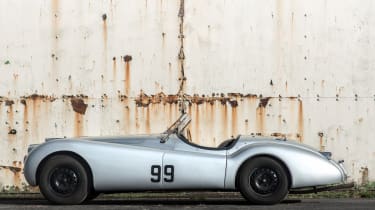 The Jaguar XK120 OTS was the fastest car in the world when it was launched in 1948. With a top speed of 120mph, it not only took the title of world’s fastest car but also set 24-hour and seven-day, seven-night speed records of more than 100mph each. It is often regarded as the start of Jaguar’s long motor sport heritage. 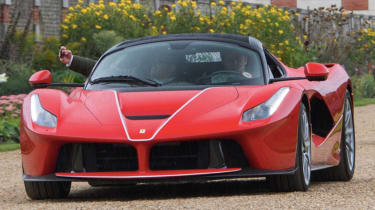 The brand’s current flagship model, the LaFerrari is the ultimate Ferrari. With a 950bhp hybrid V12, a top speed of 217mph and a price tag of £1million, the LaFerrari is the most high-tech Ferrari ever built and is part of a new breed of hypercars pushing the limits of what’s possible in a road legal machine. 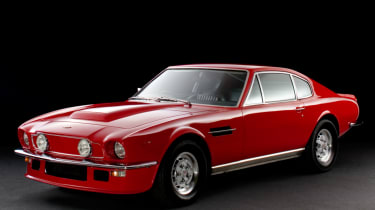 The V8 Vantage featured in the James Bond film, ‘The Living Daylights’ and is remembered as one of the world’s most famous movie cars. It was regarded as Britain’s first supercar, with 380bhp and a top speed of 170mph. This V8 Vantage is number 13 of the 16 first series ‘Bolt On’ which features a plugged bonnet bulge and has front and rear spoilers added. 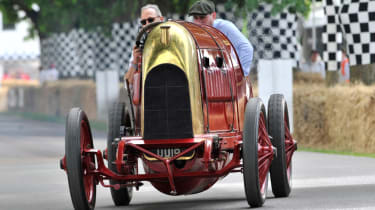 This Fiat S76 was originally built to break the land speed record in 1911 and featured the largest ever purpose-built car engine, a massive 28.5-litre inline four which produces around 300bhp. It managed to set a two-way speed record of 116mph and also managed 135mph on a later run, but the result was disqualified when the car was unable to complete the return leg. 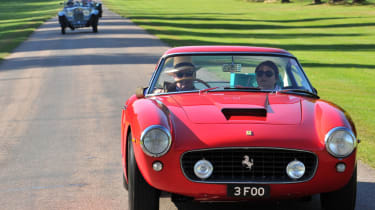 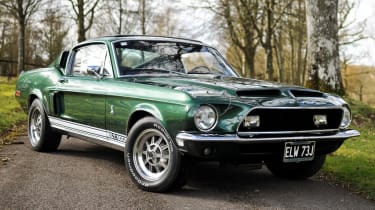 The definition of American muscle, the Shelby GT500 is the ultimate Ford Mustang. This example was imported to the UK in 1970 and given a performance upgrade that increased the power from 420bhp to 750bhp meaning it can still out-muscle quite a few modern supercars 40 years on. 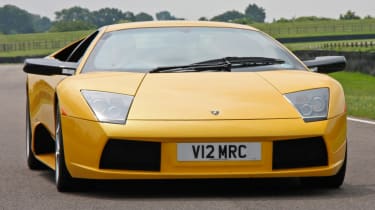 Being the first model that Lamborghini made under Audi ownership, the Murcielago had the task of retaining the madness of past Lamborghinis while also looking into the future of the brand. Its outlandish looks were coupled with a 6.2-litre V12 engine resulting in a supercar unlike any other at the time. 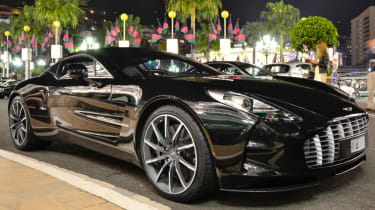 The pinnacle of everything Aston Martin is capable of, the One-77 is one of the rarest models ever produced with only 77 built. It is also one of the most expensive Astons produced costing over £1million when new. It features a 7.3 litre V12 engine sending the One-77 to a top speed of 220mph.

Which is your favourite car attemding the London Concours this year? Let us know in the comments below.