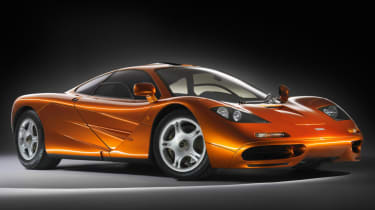 At a time when supercars were good at going fast in a straight line, but were too lardy and cumbersome to be usable on a regular basis, designer Gordon Murray came along and blew everyone out of the water with the world's first hypercar - the McLaren F1.

Everything about the F1 is cool. The swooping bodywork, the three-seat layout, the central driving position, the massive naturally aspirated V12 in the back, and that's before we've even touched on the car's performance. Even cooler is the fact that the F1 was a road car that was converted into a racing car, but had to be restricted in its performance to give bespoke racing car rivals a fighting chance.

Murray had the idea for the F1 while working at McLaren, and convinced boss Ron Dennis that the company had to build it. At the time, McLaren had an engine supply deal with Honda for its Formula One team (hugely more successful than the most recent coupling), and it made sense for Honda to join forces for the new road car. However, Murray's demands couldn't be met by Honda, so he had to look elsewhere for the car's motive power. 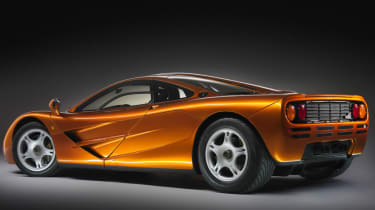 Enter BMW, which supplied a 6.1-litre V12 that was built exclusively for the car and packed 618bhp, which was sent to the rear wheels via a conventional six-speed manual gearbox. The F1's compact packaging meant engine heat was a real issue, especially as the car used a carbon fibre monocoque that couldn't dissipate heat very effectively. As a result, McLaren lined the F1's engine bay with gold, one of the most efficient heat reflectors available.

Elsewhere, Murray wanted the F1 to deliver great handling, yet still be comfortable enough to use on a regular basis. As a result, the F1 has a relatively soft suspension set-up for cruising comfort, but it delivers outstanding grip and roadholding for the time. Bespoke tyres were developed for the car, while a pair of fans under the car helped create downforce in the absence of any wings or spoilers on the car's bodywork - the only concession to body aerodynamics is a pop-up rear spoiler that deploys under heavy braking. All of this, combined with a kerbweight of just over a tone, resulted in a car that delivered nimble handling that hadn't been seen from a high-performance supercar in a number of years. 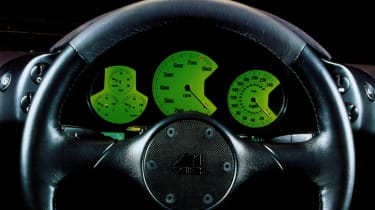 But the defining feature of the McLaren F1 when it launched was its performance figures. While rivals from Ferrari and Lamborghini were only just cresting the 200mph barrier, the F1 smashed it by recording a top speed of 240mph. Even today, only a handful of cars from makers such as Bugatti, Koenigsegg and Pagani can better the F1, and all of these use turbos to boost their performance. From a standing start, the F1 is equally impressive, with 0-60mph taking 3.2 seconds, and 0-100mph in 6.3 seconds.

There's no doubt that the McLaren F1 remains the epitome of cool. Its exclusivity and entirely bespoke nature mean it will always be the hypercar that all others will be judged against.