Our coolest car of all time is the Citroen DS, a technological masterpiece with styling to match 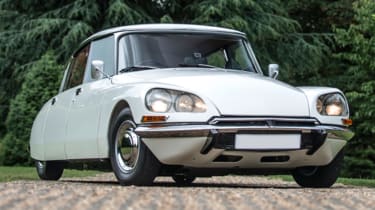 According to our readers, if there's one car that is the absolute epitome of cool, it's the Citroen DS. It's not the fastest or the most exclusive car in our list, but it certainly has style and clever engineering on its side, while the DS name is a play on the French word for Goddess (déesse). You can easily envisage the DS wafting serenely around Paris, along the Champs Elysee and around the Arc De Triomphe before parking up in front of a cafe in the city.

When the DS was revealed at the Paris Motor Show in 1955, its slippery shape wowed the crowds, and Citroen took nearly 20,000 orders for the car on its first day on display. It became a symbol of French innovation, thanks to advanced hydropneumatic suspension that included a self-levelling function that allowed the DS to deliver a comfortable ride on even the rough roads that were common in France at the time. The suspension could also be raised or lowered, while the pressure in the system drops when the engine is switched off, lowering the DS to the ground in that distinctive way that's so familiar of the car.

The innovations didn't end with the suspension, as disc brakes, power steering and a hydraulically-controlled four-speed manual gearbox with no clutch pedal also featured on the DS. A fibreglass roof helped save weight, while a wide front track compared with that at the rear boosted the front-wheel-drive DS's handling. 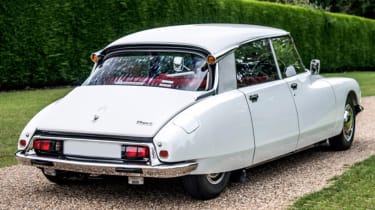 Throughout its life, the DS had a number of innovations added, including directional headlamps that turned by up to 80 degrees in line with the steering. Self-levelling headlights were also added to cope with changes in the car's pitch when accelerating and braking.

One area where the DS was a little backward was its engine, because the original car used a development of the four-cylinder unit found in the Traction Avant, which the DS replaced. That engine could trace its roots to the 1930s, and was used after Citroen had abandoned plans to fit the DS with a new air-cooled flat-six. The DS never really had the power to match some executive car rivals, thanks to France's taxation rules, but the addition of fuel injection and bigger engines over its life cycle helped matters. Having said that, the most powerful DS23 still only had 141bhp.

As well as a four-door saloon, the DS was also sold as a Safari estate, and there were convertible versions offered, too. The DS proved popular with French heads of state - President Charles De Gaulle praised the DS after an assassination attempt on him failed because the standard DS he was riding in managed to escape danger, despite being riddled with bullet holes. But the DS also gained popularity as a taxi in France, while success on rallies such as the Monte Carlo and marathon events like the London-Sydney rally demonstrated the car's reliability. 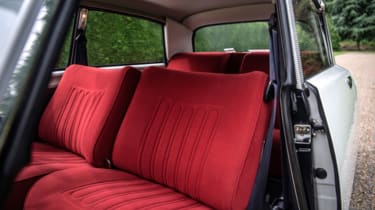 The DS remained in production for 20 years, unheard of in these days of five-year life cycles, and nearly 1.5 million were made in that time. It left a legacy that saw Citroen launch DS as a separate luxury brand in 2010, while the original DS is now a sought-after classic that commands a premium at auctions across the globe - it was even voted the most beautiful car of all time in a poll of 20 leading car designers.

And of course, the car's appearance in popular culture has cemented its place as the coolest car ever. Celebrity owners included cosmonaut Yuri Gagarin and artist Marc Chagall, while movie appearances include as a flying taxi in Back To The Future Part 2, where it picked up passengers in 2015, 60 years after it was first revealed...