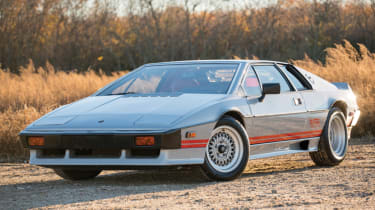 One sure-fire way to earn cool status is to be cast alongside James Bond in the 007 movies. In fact, the Lotus Esprit was cool enough to appear in two movies, and this was well before the days when product placement meant you could buy your way on to the silver screen (hello Ford!).

Sure, the Aston Martin DB5 from Goldfinger is the more famous Bond car, and is synonymous with Britain's most famous secret agent, but that's the obvious choice, so it's not as inherently cool as the Esprit. And besides, the DB5 didn't turn into a submarine at the push of a button…

There was much more to the Esprit than simply being spy transport. Its wedge shape was pure concept car, the work of Italian styling master Giorgetto Giugiaro, with a low-slung body and typical mid-engined supercar layout. Unfortunately, that engine bay only housed a 162bhp 2.0-litre four-cylinder engine, although the later Esprit Turbo did redeem itself somewhat with 211bhp, and finally 217bhp in Turbo HC guise. 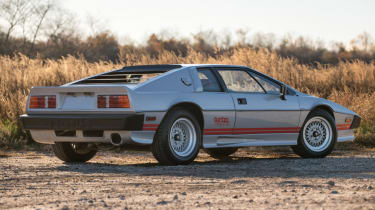 A redesign in 1987 saw Giuigaro's decidedly retro-looking wedge replaced by a curvier body designed by Peter Stevens. Four-cylinder power remained, while the Esprit's parts-bin character only added to its coolness. Look closer, and you'd find door handles from the Austin Allegro and then the Vauxhall Calibra were used, the side mirrors were from the Citroen CX, and the tail-lights were the same as the Fiat X1/9, and later the Rover SD1. There were more scavenged parts under the skin, and over time the Esprit used a Citroen gearbox, a Vauxhall Omega alternator, Opel Ascona suspension parts, and the fuel pump from a Renault Fuego.

One aspect of the Esprit that stuck true to other Lotus models like the Elan and Seven was its commitment to light weight. The steel frame chassis was clothed in lightweight fibreglass bodywork, while the small engine meant overall kerb-weight was reined-in to under a tonne - about the same as a Ford Escort of the time, but with more than twice the power.

It was only towards the end of its life that the Esprit got the engine it deserved, as the Esprit V8 was a direct result of the car's competition appearance in the fledgling GT1 sportscar championship. This 500bhp 3.5-litre twin-turbo V8 was more like the kind of motor you'd find in a Ferrari than a Ford, as its flat-plane crank meant it screamed rather than rumbled, and it gave the Esprit a 0-62mph time of 4.3 seconds. 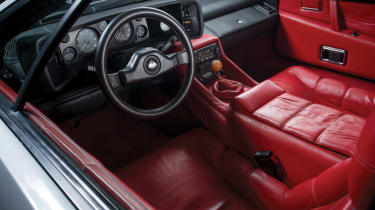 By the time production of the Esprit came to a halt in 2004, it had become an established supercar, although low sales volumes have ensured its exclusivity. As for a successor to the Esprit, well, we're still waiting. Lotus has stumbled from pillar to post with different owners and financial difficulties, but with the demand for exclusive supercars showing no signs of waning, and new ownership of parent firm Proton by Chinese maker Geely, it can only be a matter of time before an all-new Esprit hits a motor show stand. Who knows, it could even be cast as Bond's next company car...