The driver’s choice in the cool cars list, the Porsche 911 is an icon of design and engineering 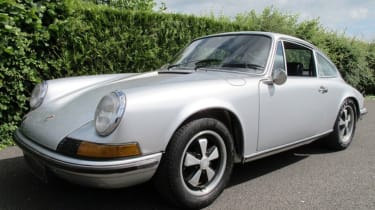 Few cars deliver the kind of cool factor that the Porsche 911 can, which is part of the reason why it has evolved into the car that's on sale today, while outlasting its contemporaries and the models designed to replace it. The rear-engine layout gave the original 911 a reputation for tricky handling, and there is nothing cooler than seeing an original 911 being hustled along a twisty road by a driver that knows how to deal with the limits of the car's handling. Add-in its numerous racing and rally successes, and a host of celebrity owners, and the 911's place on our list is cemented.

The original Porsche 911 was the replacement for the ageing VW Beetle-based 356, but initially it wasn't even known as the 911. A trademark dispute with Peugeot, which claimed it had the rights to numbering cars in three digits with a zero in the middle, saw the original 901 name switched to 911, and a legend was born, although the handful of 901-badged '911s' that were sold before the name change are among the most collectable versions of all.

What the 911 carried over from the 356 was its rear-engined layout and air-cooled engine, although it had grown to 2.0-litres and 128bhp. That wasn't too much to get into trouble, but power soon increased with subsequent 911S, Carrera and 2.7-litre flat-six models. 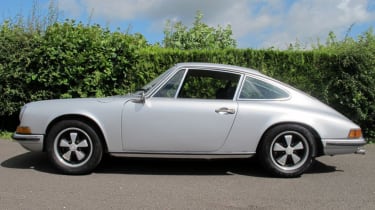 Among the most collectable of these models is the Carrera RS. RS stands for Rennsport, 'racing sport' in German, and was a special model designed to qualify the 911 for competition. Over the years, the 911 spawned a host of competition variants, and one of the most successful was the 935. This was arguably the pinnacle of the 911's racing heritage, as it even won the Le Mans 24 Hours outright in 1979.

That competition history established the 911 as the roadgoing sports car of choice for people who enjoyed driving, while the flat-six engine could be directly associated with Porsche's motorsport success. That can be even more closely associated with the later 911 Turbo of 1974. This was the car, internally known as the Porsche 930, which cemented the 911's status as a tricky car to handle. Easily identified by the big rear wing on the back, the 911 Turbo featured up to 300bhp, but that rear-engined layout and the delayed power delivery as the turbocharger kicked in meant the unwary could find the rear end of the car catching up with the front all too quickly. 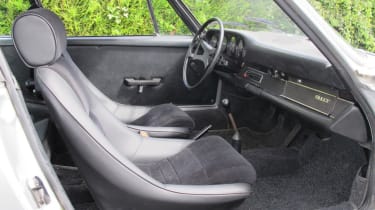 Still, this seemed to build on the 911's reputation, and while Porsche introduced the front-engined 928 as a replacement for the 911, buyers still wanted the original machine. So the 911 evolved in 1989 into the 964, which updated the looks, and the 993 in 1994, which featured a new chassis and a more modern interior. Then came the water-cooled 996, 997 and current 991 series, and while these cars moved further away from the original concept, they all still wear the 911 badge with pride, and look and drive unlike any other sports car on sale today.