Small cars weren’t cool but the Mini made it so with its blend of practical, accessible fun forged in the swinging sixties 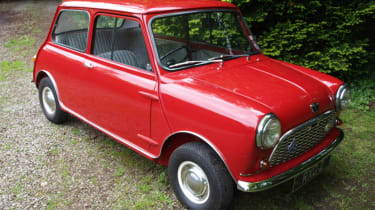 The Swinging Sixties were a particularly cool time in the UK, and the Mini was the car to be seen in. Its compact dimensions and bright colours meant it stood out in a new car market that was populated by upright and stuffy saloons, and it proved a hit with city dwellers thanks to its great combination of small size and a surprisingly roomy interior. Add-in an A-list cast of Sixties stars that drove Minis, including The Beatles, Peter Sellers, Princess Margaret and even racer Graham Hill, and the Mini quickly gained cool status without much effort.

The car was the brainchild of Sir Alec Issigonis, and its compact front-engine, front-wheel-drive layout was innovative at the time. Putting all of the mechanical parts at one end of the car meant there was plenty of space left for passengers and some luggage, and it meant the Mini could be a lot smaller than other cars on sale at the time.

Initially it went on sale as the Morris Mini and the Austin Seven - the latter name being a blast from Austin's past, although it was changed to Austin Mini in 1962. It also spawned a number of variants under the British Motor Corporation (BMC), including the Wolseley Hornet and Riley Elf saloons and the Mini Moke buggy-type machine. It was built under licence by Italian company Innocenti, as well as Leyland in Australia and sold as kits in South America. 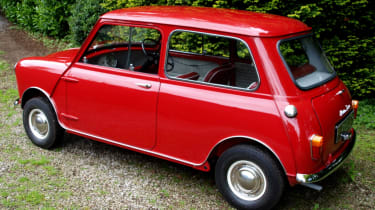 The Mini was never a fast car, although that didn't stop the introduction of the Mini Cooper and Cooper S. These proto-hot hatchbacks were tweaked versions created by John Cooper's racing team, and the Cooper S proved particularly adept at giant-killing feats on the rallying and touring car stages.

The Mini Cooper won the gruelling Monte Carlo rally three times (four, if you count its controversial disqualification in 1966), and the sight of a tiny Mini doing battle with giant Camaro and Mustang muscle cars in the British Touring Car Championship, using its higher cornering speeds to great effect, became a regular sight at race tracks across the UK.

Some would argue that the Mini spent too long in production, and its heyday in the Swinging Sixties was almost obscured by its part in the malaise that was the British car industry of the 1970s. 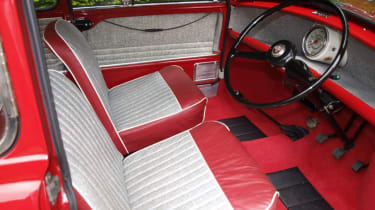 But the Mini simply wouldn't die. The arrival of the Metro in 1980 was supposed to signal the death knell for Issigonis's creation, but it came and went, and the Mini was still being built when the Metro, by then called the Rover 100, was but to seed in 1998.

By the time the Mini finally stopped production in 2000, it had regained some of the verve that made it so popular in the first place. It can lay claim to its place in our cool list, thanks to its innovative ideas that remain a cornerstone for nearly every small car on sale today.