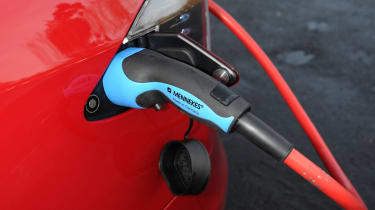 The European Commission has announced a new Battery Action Plan, which seeks to address the inability of EU member states to mass-produce batteries for electric vehicles (EVs).

Chinese and Korean companies currently dominate the EV battery market, with firms like LG, Samsung, CATL and SK Innovation surging ahead as electric vehicles gain traction with consumers. Tesla’s $5 billion Gigafactory in Nevada, meanwhile, is set to make America a serious player in the market, almost doubling global battery production when it opens in 2020.

The Plan follows the founding of a European Battery Alliance in October last year, and aims to secure access to raw battery materials (like cobalt and lithium) from countries outside the EU. The plan will also provide training and skill support for battery engineers and technicians in Europe, and forge corporate partnerships between EU companies.

Other aims include the securing of funding mechanisms, new battery sustainability and recycling projects, and the streamlining of EU regulations surrounding EV batteries. The Commission considers “Europe has what it takes to become a world leader in sustainable battery technology.”

Earlier this year, German automotive supplier Bosch announced it was pulling out of the EV battery market as it considered the investment required for producing its own cells was “too risky”. The company said it would rely on an outsourced battery cell supply, partly because it estimated that it would need to invest €20 billion in order to gain a 20 per cent share of the EV battery market.

The European Union previously announced it wants to create an Airbus-like consortium of vehicle and technology manufacturers to develop and build electric vehicle batteries in the future.

In an interview with the Financial Times, Maros Sefcovic, Vice-President of the European Commission, said that as electric car demand continues to grow, Europe cannot afford to get left behind by Asian and American battery producers, and that the region needs its own battery cell production facilities.

• How to charge a car battery

While the US, China and Japan all have factories in place for building the latest lithium-ion cells and batteries, there’s not a single factory in Europe. Investment bank Goldman Sachs has previously estimated the demand for lithium-ion batteries to reach $40 billion (£35.5bn) by 2025.

Sefcovic said that Europe cannot have any “Kodak moments”, where an industry fails to keep up with the latest technology and struggles as a result. Instead, Sefcovic said he wants to see European manufacturers group together and pursue economies of scale like they did in the aerospace industry when creating Airbus.

“What we need is an Airbus for batteries," he explained. "In the 1960s, we had a lot of smaller companies with cutting edge but what they missed was the scale. We needed the Germans, the French and other Europeans to get together and to develop what today is a marvellous plane.”

Should European carmakers and chemical plants join forces to develop and manufacture the latest lithium-ion batteries?