If you’re driving in Spain, read our guide for advice, top tips and a handy vehicle checklist 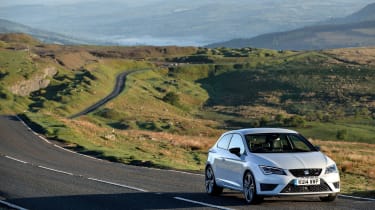 British tourists who drive in Spain fall into two camos: those who flew there, and those who drove there. Either way, driving in Spain offers motorists beautiful views, wonderful weather and should you be that way inclined, great driving roads.

There are of course far more people who fly to Spain than drive, so naturally there is a great number of car hire companies to choose from – you only need search for ‘car rental Spain’, ‘car hire Spain’ or ‘car hire Spain compare’ on Google to get an idea of what’s out there.

Your UK driver’s licence allows you to legally drive out in Spain – that is, while the UK is part of the EU. Nonetheless, knowing the road rules and regulations along with the local driving etiquette is necessary to keeping safe and legal. That includes being ready for Spanish road tolls and looking out for unique Spanish road signs.

Unfortunately, many drivers don’t bother with some of the basics, and that’s how you can get into trouble. Whether it’s an unsafe manoeuvre because you didn’t understand the road sign, or something much less obvious like the need to carry a spare pair of spectacles for the driver, there are pitfalls for even experienced Spanish drivers. So read on for our handy guide to driving in Spain, and make sure you’re safe and complying with the law with our handy Spanish driving checklist.

Read on for our detailed guide to the documents, equipment and road etiquette you need to bring with you to Spain...

Which documents do I need for driving in Spain?

To drive in Spain you will need a full and valid UK driver’s licence. You will also need proof of ownership (V5C) and insurance, as well as a passport or a national identity card.

In the event of a no deal Brexit, UK drivers heading out to Spain might also need an International Driving Permit and a motor insurance Green Card.

What do I need to carry in my car when driving in Spain?

All cars driving in Spain are required to carry two warning triangles to be placed at the front and back of the car in the event of a breakdown. Headlamp beam deflectors are another must for UK drivers venturing into Spain in their right-hand drive cars. Spanish law does not require drivers to carry reflective jackets, but anyone found walking on the motorway hard shoulder without one will be fined.

If you need glasses to drive, you are required to carry a spare pair with you in the car and if your car does not have a GB-euro symbol number plate you must purchase a GB sticker to fit on the car. 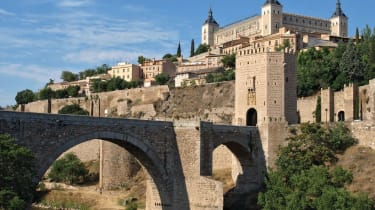 Spain recently issued a law banning the use of radar detectors, with users facing a €200 fine. However, sat-navs with speed camera location warnings have yet to be outlawed.

The use of mobile phones while driving is also on the banned list, but hands-free devices are still allowed within Spanish road laws.

What is the alcohol limit for driving in Spain?

You don’t need to worry about buying a breathalyser kit for driving in Spain, but you should make a note of the more stringent drink-drive limits. The blood alcohol limit in Spain is 0.05 per cent and an even lower 0.01 per cent for drivers with less than three years of experience.

Like other central European countries, Spain houses an impressive motorway network complete with tollbooths to charge you for the privilege. The fees are in a similar class to France and Italy, with the 136km coastal route from Malaga to Gibraltar setting you back €9.55.

Cars towing a caravan or a trailer will pay the same fees as normal cars for motorway use in Spain. The tolls are only on A-signed roads, and anyone wishing to save a little money can use the E-signed roads, these are the Spanish equivalent of UK A roads.

While you may have to shell out on motorway travel, you’ll make back the money at the fuel pumps. Spanish petrol stations are a welcome sight for UK drivers, with petrol and diesel costing on average €1.319 and €1.159 per litre, (compared to €1.681 and €1.704 per litre in the UK).

Most UK insurance companies allow for 90 days of cover in EU countries – but the majority will only provide third party cover. Confirm the type of insurance cover you will have in Spain before you leave.

Unlike insurance, breakdown cover is not a mandatory requirement in Spain. It is nevertheless a welcome addition to any long journey. The bigger breakdown providers will do Europe wide coverage, but this is often an add-on to the basic policy. Check with your provider the type of cover you have, and if necessary you can purchase single trip cover online.

If the UK leaves the EU without a deal on 29 March 2019 and you are involved in an accident in Spain, you won’t be able to get the Motor Insurers’ Bureau (MIB) to contact a third party’s insurer for you if you wish to make a claim against them and your own insurer refuses to assist. This means you may end up having to speak Spanish to a foreign insurance company.

Another point to note is the MIB won’t reimburse you if you have an accident with an uninsured driver in Spain after Brexit.

The national speed limit on motorways is 120km/h, and those looking to overtake you will often flash their lights in anticipation. On smaller roads with one lane in each direction, drivers are allowed to exceed the speed limit by 20km/h when overtaking a slower vehicle.

Spanish authorities have also started to enforce indicating while changing lanes or road position – this is something some UK drivers need to readjust to.

Unless the traffic signs say otherwise, the speed limit drops to 50km/h when you reach most cities and towns. Spanish cities are often congested and it’s not unusual to be surrounded by mobs of scooters edging into the oncoming traffic. At first the driving style can take some getting used to, but on the whole, Spanish drivers are friendly and courteous.

The southern coastal roads are a treat to any driver, and they stop by some of the biggest cities in Spain, too. 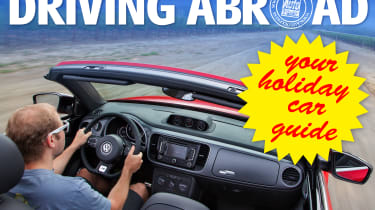 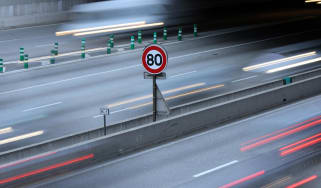 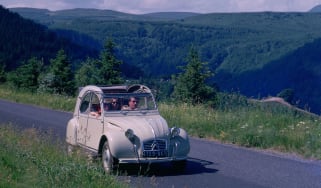 Our guide to driving in France has advice, tips and a car checklist to keep you safe and legal
Driving in Italy 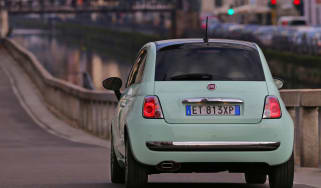 Driving in Italy needn’t be a challenge, as long as you’ve checked out our handy tips
International driving permit: do you need one? 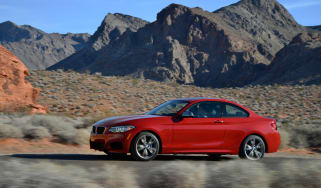 International driving permit: do you need one?

Driving abroad? Check out the rules and apply for an International Driving Permit