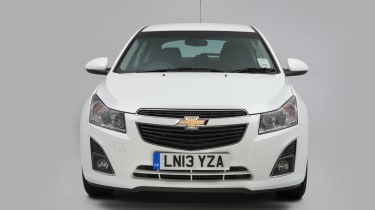 We all like a bargain, and as low running costs become ever more important for hard-pressed motorists, value-focused family cars such as the Chevrolet Cruze are increasingly popular.

With a long list of standard equipment, decent practicality and a good reliability record all part of the mix, buyers don’t mind that this Vauxhall Astra-based saloon, estate or hatchback doesn’t have the polish of more mainstream competitors.

But while you don’t have to search hard to find a barely run-in Cruze for little more than half its original (low) list price, is great value a strong enough reason to buy a used Cruze?

The Cruze arrived in saloon form in spring 2009, with a choice of 1.6 or 1.8-litre petrol engines, or a 148bhp 2.0-litre diesel. While the latter came with a manual gearbox only, an automatic transmission was available with the petrol engines.

The best engine yet – the clean and punchy 1.7 VCDi – was introduced in May 2012. Three months later, the Cruze Station Wagon joined the range.

If value and reliability are key, the slightly smaller Hyundai i30 has a strong warranty and keen prices, and comes as a hatch or estate. So, too, does the Kia Cee’d, plus it has a seven-year warranty. For all-round ability and value, the Ford Focus is hard to beat, but don’t ignore the Vauxhall Astra, Renault Megane or Honda Civic.

Don’t overlook the brilliant Skoda Octavia, either; while it’s pricey, it always performs well in our Driver Power satisfaction survey. 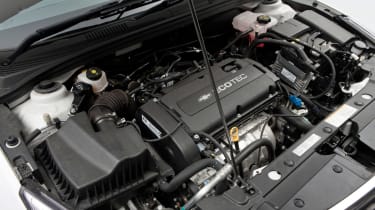 There are slightly more petrols around than diesels, while most Cruzes are manuals; if you prefer an auto, expect to pay £200-£300 more. Hatches are the most common, but saloons and estates aren’t hard to come by.

Read on for what to look out for, Driver Power information and our verdict.