The 1.2-litre petrol engine meant the Ford Ka Mk2 was fairly economical and cheap to tax. Although for a car in this class, it's disappointing that there wasn't a model emitting less than 100g/km of CO2. The engine claimed 115g/km emissions, which were high for a small car.

Road tax was cheap, but the Ka competed in a highly efficient sector of the market where most of its rivals offered much lower running costs.

Ford claimed 57.7mpg fuel economy, but again that trailed most competitors’ official figures. You can expect to return at least 45mpg at the pumps in the real world; either way, the actual cash savings the class leaders will offer here won’t be huge, but at this end of the market, they make a big difference. After all, lots of city car drivers – especially those who are new behind the wheel - will be operating on pocket money budgets.

Straightforward mechanicals and cheap parts costs worked in favour of the Ka, and you’ll never be far from a main dealer, either, as Ford has a massive UK franchised network. 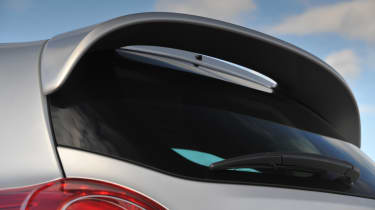 Insurance shouldn’t prove too expensive, as all models in the Ford Ka range sat in Group 3 – as they’re powered by an identical engine, the ratings are exactly the same.

The trouble is, the Ka fell short of rivals here, too. Buyers looking for the lowest possible premiums are likely to consider the Skoda Citigo and Hyundai i10 – most models in these ranges are in insurance Group 1.

The Ford Ka wasn’t the cheapest city car to buy new, but high depreciation and the sheer number of cars sold means there are plenty of cheap second-hand examples available.