We get behind the wheel of our favourite compact SUV, the Discovery Sport, with new Ingenium diesel engine from Jag's XE 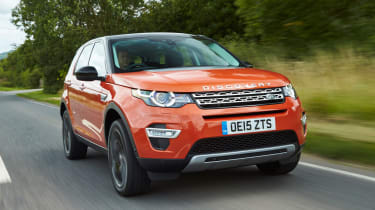 The initial uptake and demand for the Discovery Sport showed just how strong a contender in the compact SUV market it was, and the arrival of the new Ingenium diesel engine takes that up a notch. It now becomes difficult to overlook in its class, being infinitely more refined and significantly more efficient than it was before. The Disco Sport was a good SUV when it arrived seven months ago; it now becomes a great one.

The Discovery Sport is still very much the new kid on the block, but that hasn’t stopped Land Rover from updating the Freelander replacement only seven months after it arrived.

The changes are much more significant than just a new set of headlamps and alloy wheel designs – in fact visually, the Discovery Sport remains as it was. Instead, Land Rover has focused on the SUV's biggest weakness, the engine. 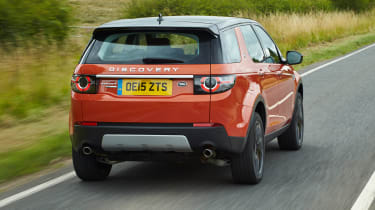 Although stylish, luxurious and versatile, there’s no denying the otherwise brilliant package was tainted by the gruff and less-efficient 2.2-litre diesel engine. Thankfully that has now been rectified by substituting it for the shiny new 2.0-litre four-cylinder Ingenium diesel you’ll also find in the new Jaguar XE.

• Best family cars  You don’t even need to hit the starter button to see the new 2.0-litre diesel makes the Discovery Sport a comprehensively more appealing proposition. Available in two states of tune – 148bhp and 178bhp – the updated Disco Sport will return up to 57.7mpg and emit just 129g/km of CO2, while the old 2.2 could only muster 46.3mpg and 162g/km. What that also does is extend the appeal of the Disco Sport to the lucrative fleet market, with BIK ratings falling to 23 per cent. 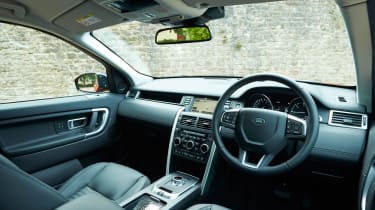 But the good news doesn’t end there. Prices for the updated SUV now start from £30,695 – a £1,670 reduction over the previous model. However, the drawback with the entry-level model is you do have to sacrifice the third row of seats as well as having to make do with the less-powerful 148bhp engine.

• Best 7-seaters on the market  Despite the entry price of the Discovery Sport being slashed, Land Rover still expects the more powerful 178bhp version to be the pick of the two, fitted with the optional £1,800 nine-speed auto ’box. Its clear Disco Sport buyers don’t like to skimp on spec either, with 75 per cent of the initial 8,500 sales being top spec HSE and HSE Luxury models. 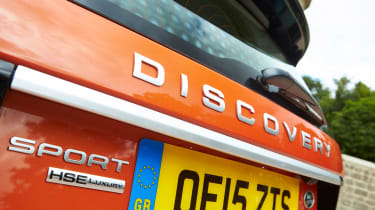 It’s a trend that is predicted to carry over to the updated model, which is why we jumped behind the wheel of the model most customers will be buying, the 178bhp nine-speed auto in range-topping HSE Luxury trim. Even from start up there’s a greater sense of refinement - engine vibrations are well isolated from the cabin and there’s no clatter from under the hood. Pull away and those traits are reinforced. Power delivery is smoother and no matter how hard you squeeze the throttle the new engine never emits the same buzz and rattle as the old 2.2. 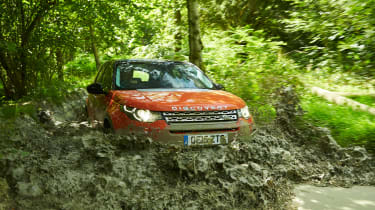 The gearbox has a lot of ratios to play with, but again it works more harmoniously with the new 2.0-litre Ingenium than it did with the old unit. Accelerate quickly and there’s a slight hesitation before the right cog is engaged but from then on the punchy changes keep the engine working in its optimum power band with the broad 430Nm of torque propelling you along at a fair old pace – 0-62mph takes only 8.4 seconds.

This higher-powered model is slightly less efficient, but 53.3mpg and 139g/km is unrivalled for a compact four-wheel drive, seven-seat SUV. 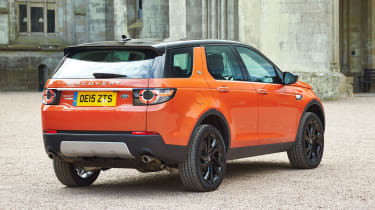 The rest of the Discovery Sport remains unchanged so the tidy handling, high-speed composure and abundance of grip served up by the four-wheel drive system remain as impressive as before. The steering has a nice weight to it but it perhaps still falls short of matching the light-footed BMW X3 when it comes to agility. Where it beats it though is practicality. The Disco Sport’s trump card is its 5+2 seating arrangement on all but the entry-level model, which you won’t find available on any of its rivals. Access is a little awkward and the third row of seats are a little on the small side, but children shouldn’t have any complaints back there, while adults will find head and knee room more than sufficient in the middle row. 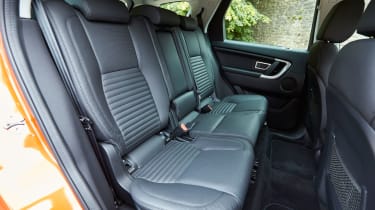 Keep the rearmost seats stowed in the boot floor and there’s a generous 981 litres of storage to the roof, rising to 1,698 litres if you drop the second row of seating, too. Other updates to the Discovery Sport are rather minor. There’s now USB charging ports and climate control in all three rows, while an external pedestrian airbag and new alloy wheel designs have also been added. All are welcome additions, but even without them the updated Discovery Sport would prove to be more popular than ever.