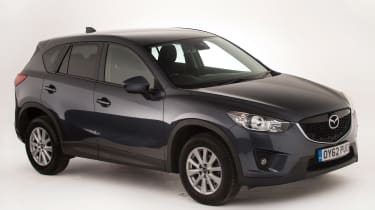 The CX-5 has been a big success for Mazda in the UK, but there still aren’t as many to choose from on the used market as with some rivals. This is partly because Mazda is a relatively niche player here, while many of the cars sold have yet to reach their third birthdays, so will still be locked into PCPs. As a result, you’ll have to dig deep to buy one. Being picky means a £16,000 budget, but the CX-5 is worth it thanks to its cutting-edge safety tech, efficient engines and smart looks. While Mazdas are reliable, on the CX-5 some of the in-car electrics can cause issues, so check any potential purchase very carefully.

Some manufacturers rarely seem to produce a bad car, and Mazda is one of them. The brand offers a wide range of great models, with its CX-5 compact SUV one of the finest. It’s so good that we crowned it Best Crossover at our 2012 New Car Awards, and Best Family Car the following year.

In 2012, we said: “The CX-5 has set a new benchmark for crossovers, combining space, quality and style with a great drive and incredible efficiency. It’s rare that you can get all that in one affordable package that won’t cost the earth to run – this is a car that can make you smile and keep you smiling.”

The Mazda CX-5 compact crossover was released in 2012 and was the first car to feature Mazda’s KODO – Soul of Motion design language. It’s this model that we’re focusing on here. 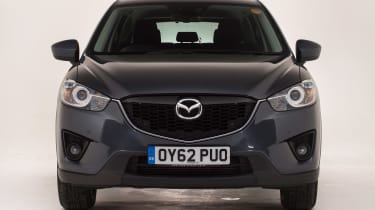 The CX-5 reached showrooms in spring 2012 with 2.0-litre petrol or 2.2-litre diesel engines, the latter in 148bhp or 173bhp guises. It was the first car to feature Mazda’s SkyActiv technology, comprising lightweight construction along with more efficient engines and transmissions to cut fuel consumption and CO2 emissions. Initially there were SE-L and Sport trims, but an SE-L Lux arrived in October 2013 as a new mid-range option aimed at fleets. It featured a standard sunroof and leather trim.

Suspension revisions in spring 2014 improved the ride comfort and refinement, before a facelifted CX-5 in 2015 brought extra kit, upgraded interior trim, optional LED headlamps and a seven-inch display on the dash in place of the previous 5.8-inch unit.

If you want four-wheel drive or an auto box, you’ll have to buy a diesel CX-5, as the 2.0-litre petrol comes in two-wheel-drive manual form only. The high-powered diesel is available only with 4WD, but the 2.2D 150 can be front or four-wheel drive. 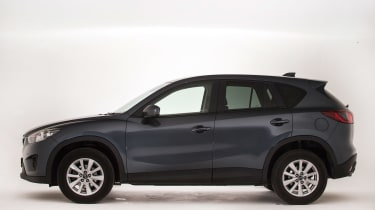 Alternatives to the Mazda CX-5

For value, driving pleasure and choice, the Mk2 Ford Kuga is hard to beat, and it’s pretty reliable, too. We love the Skoda Yeti for its practicality, dependability and build quality, while the Mk3 Kia Sportage and Hyundai ix35 offer reliability, value and good warranties.

The Mk4 Toyota RAV4 is another capable alternative, and so, too, is Honda’s fourth-generation CR-V. Both offer efficient engines and reliability, but the dynamics disappoint. 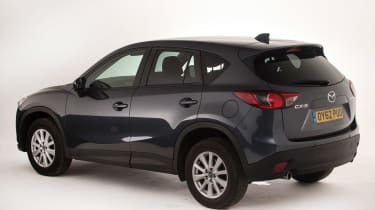 If your budget is flexible, the Audi Q3, Range Rover Evoque and VW Tiguan all look great and are well built. One of the CX-5’s toughest adversaries is the Mk2 Nissan Qashqai, which is a superb all-rounder.

If you buy a car without sat-nav, you should simply be able to buy an SD card and insert it into the slot to get nav. But post-2015 facelift cars come with their own cards. 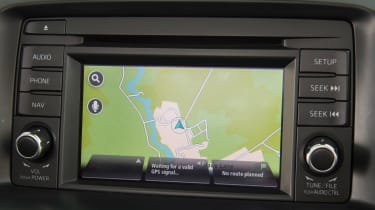 The Mazda’s Bluetooth set-up can be a little temperamental, either refusing to pair with a smartphone or sometimes not allowing you to make calls once paired.

Mazda’s diesel engine can suffer from the oil being diluted with fuel, thanks to DPF regeneration issues. This pushes up maintenance costs.

Some owners have found their CX-5s generate a disappointing amount of road noise. The tyres and road surface make all the difference. 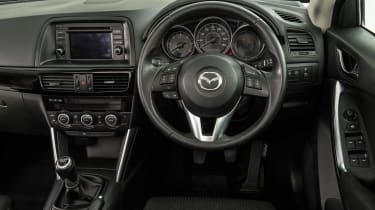 The CX-5’s dash is easy to get along with, but some materials look and feel cheap. Cabin space is good, with plenty of head and legroom for four adults, although it’s tight for five. Storage space is decent, while the large boot can swallow 503 litres, or 1,620 litres with the rear seats folded flat.

All CX-5s need to be serviced every 12 months or 12,000 miles. There’s no difference in costs between petrol and diesel models, as both are pegged at £195, £270, £275, £275 and £185 before the cycle starts again. As both the 2.0-litre petrol and 2.2-litre diesel engines are fitted with timing chains designed to last the lifetime of the engine, there are no cambelts to replace. 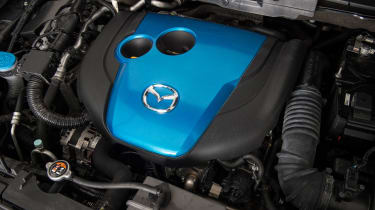 Mazda builds some of the most reliable cars around, so it’s no surprise that the CX-5 hasn’t been recalled yet. Indeed, the brand has issued just five recalls since 2012, two of which were for cars built between 2001 and 2004.

The others were for the 5 and another for the 6, both because of potential short circuits, while the later 3 and 6 were recalled because of the possibility of problems with the stop/start system. But so far, there have been no campaigns launched for the CX-5, which is reassuring.

After making its debut in fifth in Driver Power 2013, the CX-5 slipped to 13th in 2014, then to 64th in 2015. Yet it rose to 49th in this year’s poll, with owners praising performance, practicality, handling, ease of driving and ride quality. The lowest scores are for running costs and in-car tech.