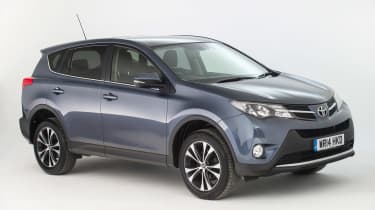 When Toyota introduced the RAV4 (Recreational Active Vehicle four-wheel drive) in 1994, it effectively invented the compact SUV. And the brand probably didn’t realise just what a phenomenon it would become.

More than two decades later, most car makers have a small SUV in their model range; some have several. Meanwhile, Toyota is now on the fourth iteration of its RAV4, and the car is more luxurious and spacious than ever. So far it’s also proving to be very reliable, as you’d expect from a manufacturer famed for its dependability.

The RAV4 isn’t a class leader when new, but it’s still a strong choice in many ways with a five-year warranty from new. Here we show you how to find a sound one used.

The Toyota RAV4 first went on sale in 1994 and is now in its fourth generation. We’re focusing on the Mk3, which was in production between 2006 and 2012, and the latest Mk4 model in this review. 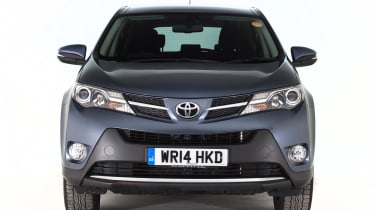 The fourth-generation RAV4 reached UK showrooms in March 2013. At launch, there was a choice of a 2.0 petrol along with 2.0 or 2.2-litre D-4D diesels. Buyers could pick between Active, Icon and Invincible trims, but from January 2015, there was a Business Edition, too, based on the Active.

Initially, the 2.0 D-4D came in front-wheel drive only; from January 2014 there was a four-wheel-drive option. At the same time, the Icon and Invincible got extra kit and more optional driver assistance systems.

A facelift in December 2015 brought a new 2.0-litre diesel engine, an exterior redesign and an overhauled cabin, while Excel trim replaced Invincible. A month later, the RAV4 Hybrid arrived, combining a 2.5-litre petrol engine with an electric motor. 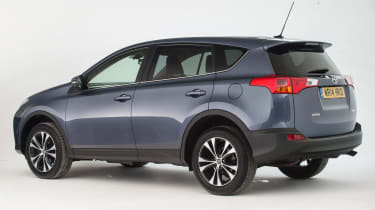 All petrol-engined models are four-wheel-drive automatics, while the 2.2-litre diesel RAV4s have four-wheel drive, but there’s a choice of manual or auto gearboxes. All Hybrids are autos and the 2.0 diesel gets a manual gearbox, but both of these come with a choice of front or four-wheel drive. 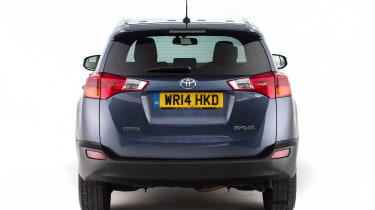 Alternatives to the Toyota RAV4 Mk4

While the Audi Q3 and Volkswagen Tiguan are at the more expensive end of the spectrum and very capable, well built and come with excellent engines, they’re also rather clinical. In terms of driving enjoyment, build quality, standard equipment and smart styling, you’ll have to go a long way to beat the Mazda CX-5. This car has an excellent reliability record, too.

The Ford Kuga is also dynamically accomplished and decent value, plus there are lots to choose from, many of which are top-spec examples. Nissan’s Qashqai is another cracker that’s good to drive, plentiful and well equipped.

The cabin is a winner in terms of practicality, as the seats are comfortable and there’s plenty of space front and rear. But the dash design isn’t in keeping with the Toyota’s asking price; it looks a bit outdated, while some of the plastics feel disappointingly flimsy. Boot space is good, though, at 547 litres – or 501 litres for hybrid models. 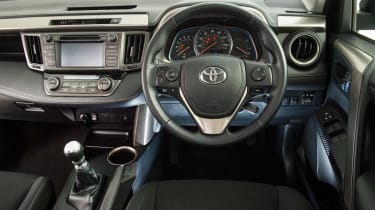 Problems with the tyre pressure monitoring display are usually because the system hasn’t been set up properly after new tyres have been fitted.

Some light condensation can form inside the headlamp glass, but it should disappear very soon after the headlights have been switched on.

Some owners have reported rattles and vibrations that appear to be a failed dual-mass flywheel – it’s usually just the exhaust or the manifold cover.

A tyre-repair kit was only offered at launch, but Toyota changed this to a space saver following customer feedback, so make sure you check any purchase. 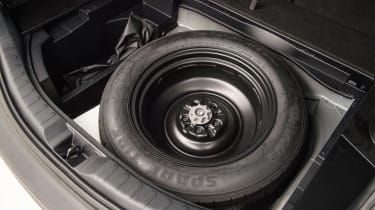 All RAV4s have to be serviced every 12 months or 10,000 miles for private owners; fleet users can stretch the latter to 12,500 miles. The first check-up costs £180 and after that, the services alternate between minor and major, priced at a hefty £330 and £390 respectively.

However, when these cars reach five years old, they’re entitled to cut-price maintenance, with service costs dropping to £100 and £180 respectively. The brake fluid needs to be replaced every two years, while coolant has to be changed after 100,000 miles then every 50,000 miles; these are both included in the relevant major service. Luckily there are no cambelts to worry about.

Toyota has an unrivalled reputation for making reliable cars, and the current RAV4 has proven this, as it’s yet to be recalled. Since this version of the compact SUV arrived in spring 2013, several Toyotas have been called back, but most are cars built up to a decade earlier. Across all four generations of RAV4, nine recalls have been issued in all. 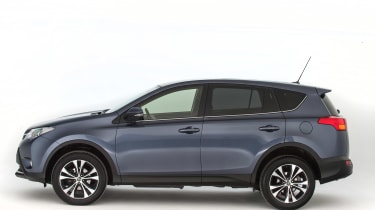 Potential glitches included tyre damage and airbag faults, plus the accelerator pedal issue that hit Toyota’s range in 2010. But the latest car’s record is unblemished.

The latest RAV4 enjoyed a strong debut in our Driver Power satisfaction survey, ranking 29th in 2015. This year, it fell to 39th. Apart from a rating of 114th for running costs, the Toyota finished in the top half across the board, including 20th for reliability, 25th for practicality and 30th for build quality.

Over the years, the RAV4 shifted further upmarket as the focus moved more towards luxury and away from off-road ability for those on a budget. Although that has helped Toyota’s profits, it’s also pitched the car squarely against a raft of very talented compact SUVs, each of which is also much more capable on the road.

However, if you do need to tackle rough terrain, the Toyota is surprisingly adept off the beaten track. Plus, all RAV4s come with a five-year warranty as standard, so any car you buy will currently come with the balance of the manufacturer’s cover.