Updates add to the appeal of sleek executive estate 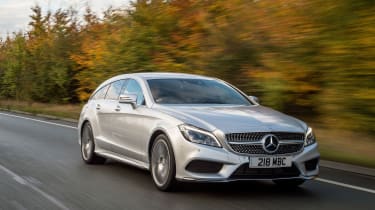 The CLS Shooting Brake is a unique choice in the market, but one that is obviously proving a success as Mercedes is set to offer the CLA as a Shooting Brake later this year. This makeover – which focuses on cosmetic touches and clever new LED headlights – extends the CLS’s unique appeal, while the creamy six-cylinder diesel is the engine to go for.

Whether you view the CLS Shooting Brake as a practical coupé with five doors and a large boot, or an estate that places style above practicality, Mercedes has succeeded in creating another niche in the premium class. To prove it, the CLA will get the swoopy estate treatment and Shooting Brake name later this year, too.

But before that, the existing CLS has been madeover – and we’ve driven it in the UK. In place of the two-bar grille is a ‘diamond’ version, while the bumper has also been reshaped. At the rear there’s a more aggressive-looking bumper and the tail-lights have been darkened.

But the big news is the headlamps, which now use Multibeam LED tech. On full beam the 24 LEDs fan upwards and outwards, giving unparalleled vision. What’s more, Highbeam Assist – which senses an oncoming car and shuts off the relevant LEDs shining at it – means it’s possible to drive at night with the full beams on all the time. 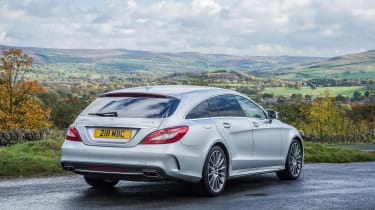 Refined, flexible and powerful, it’s barely audible, and the stop-start springs to life with little vibration. The new nine-speed auto shifts even more smoothly, boosting economy and emissions to 49.6mpg and 149g/km respectively. 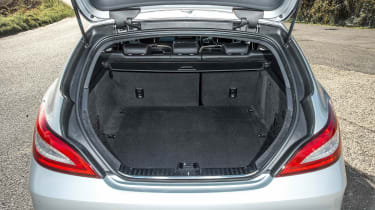 This car enjoys being hustled along on country roads; the box is quick to respond and power delivery is linear. But ultimately the Shooting Brake is a grand tourer, and it cossets its occupants in near-silence on the motorway.

There’s only one spec. All AMG Lines have 19-inch rims, AMG styling, lowered suspension, LED lights, heated leather seats, powered tailgate, sat-nav and climate control. There are numerous options, too. The update has made the car even more appealing – it’s an eccentric choice, but one that always feels special to drive.