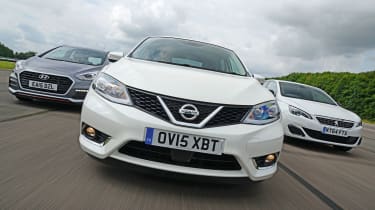 Warm hatchbacks are hot property right now. A growing group of family focused five-doors has emerged this year, offering a combination of improved performance without the hardcore focus of a full-fat hot hatch.

The Nissan Pulsar DIG-T 190 is the latest on the market, with a 1.6-litre turbo engine making it the sportiest model in the range (until a Nismo performance version arrives later this year). 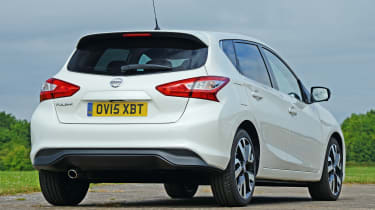 Yet it’s already facing stiff competition, as we’ve lined the Nissan up against our reigning warm hatch champion, the Peugeot 308 GT, and new competition in the form of the Hyundai i30 Turbo.

Fresh from its victory over the Renault Megane GT 220 and Kia Cee’d GT in a previous group test, the 308 GT is looking to continue its hold over the class. 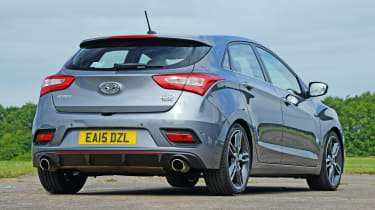 Hyundai is also hoping it can succeed where sister brand Kia’s Cee’d GT failed and rise to the top with its i30 Turbo. The flagship Turbo model is down on power compared to its rivals here, so it has its work cut out. 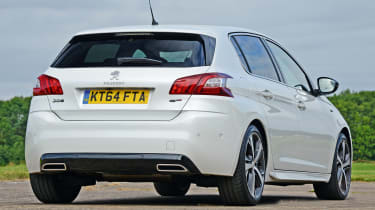 Will it be a hard job separating our trio, or will one contender stand head and shoulders above the others? Read on to find out.

Click the links above for individual reviews, and scroll down to see which warm hatch is the hottest in this test... 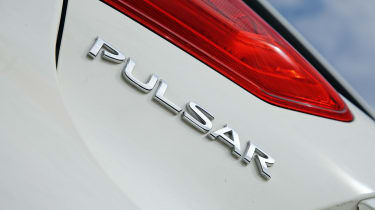 The Nissan is the cheapest car to buy and will cost the least to run for private buyers over three years. Depreciation, fuel, insurance, servicing and tax add up to a total of £19,386. That’s marginally less than the i30’s bills, at £19,456, but nearly £1,000 cheaper than the Peugeot’s £20,173 three-year running costs. 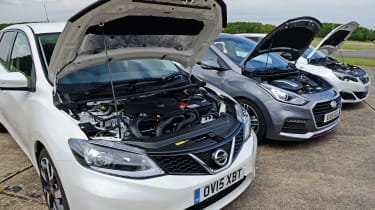 All three cars use engines from elsewhere in the line-ups. The Pulsar’s is a detuned version of the Juke Nismo RS’ engine, while the 308 GT’s unit comes from the 208 GTi. Hyundai’s i30 Turbo shares a powerplant with the 198bhp Kia Cee’d GT, but it’s oddly down on power. 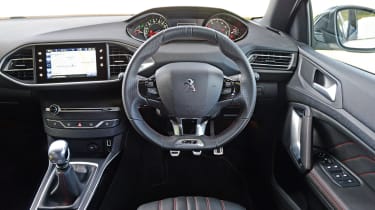 The Peugeot’s air of quality is palpable inside. It’s a lot more upmarket than the budget-feeling Pulsar as well as the i30, which features questionable materials. So, the 308 justifies its extra expense with a top-notch ownership experience. 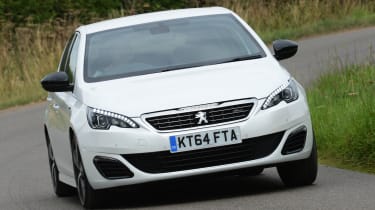 The 308 GT is the most expensive choice here, but low CO2 emissions and generous kit help offset the purchase price. Competitive running costs are just the start, as the higher-quality cabin, more powerful engine and engaging chassis see the car deliver in almost every area. Rear seats are a bit cramped, but the biggest boot means there’s still enough practicality to win. 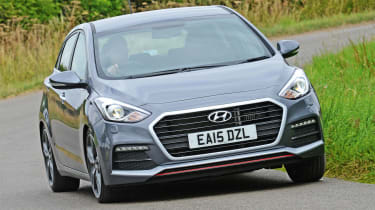 Hyundai’s tweaks have turned the sedate i30 hatch into something genuinely impressive to drive with this Turbo model. There’s lots of grip and an adjustability that hints at the potential underneath for a full-on hot hatch, but it’s not the full package – high CO2 emissions see to that. And while it’s good value with lots of kit, it can’t match the Pulsar’s price or frugality. 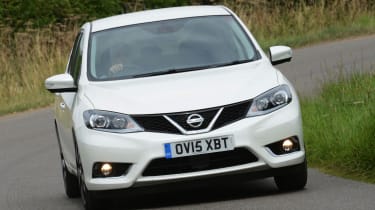 A more powerful engine hasn’t done much to enhance the Pulsar’s appeal. It’s now the fastest model in the range, but the chassis alterations aren’t effective enough and the Nissan feels out of its depth in this company. Its affordability and efficiency help it claw back some ground, yet warm hatches have to deliver a decent driving experience, too. Unfortunately, the Nissan doesn’t. 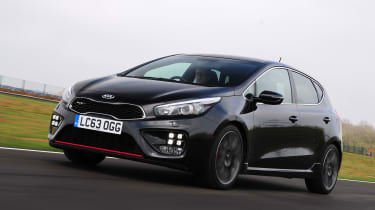 With lots of kit and more power than the i30 Turbo, Kia’s Cee’d GT is a sporty warm hatch with a sprightly chassis and lots of neat touches, like Recaro bucket seats. Claimed economy of 38.2mpg is a weak point, though. 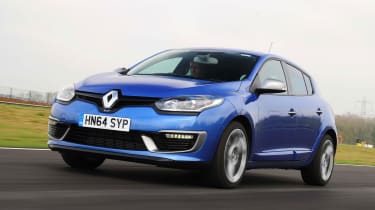 Plenty of power and sparkling handling mean the Megane is thrilling to drive. Ageing Renault might be more focused and fun on the road, but it doesn’t have the premium feel of the marginally more expensive Cee’d GT, and isn’t as fresh.