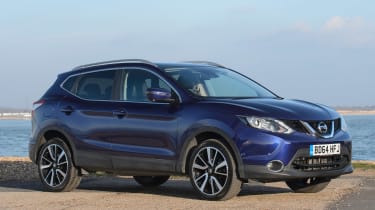 Qashqai arrived in 2007, but Nissan pushed back the boundaries with its new family car, with which it created a whole new segment.

Very much road-biased, it put efficiency and practicality first. As a family car with a raised ride height, the Qashqai was the first crossover, but it wouldn’t be long before it came up against some stiff competition.

It replaced the Almera and Primera family hatchbacks, and was a brilliant package which we found very easy to recommend. Now that the first examples are a decade old, the Qashqai is much more affordable, and the crossover can still make a great buy for those on a budget. 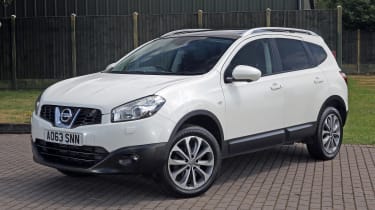 The Qashqai made its debut in March 2007, with 1.6 or 2.0 petrol engines or a 1.5 dCi diesel; a 2.0 dCi arrived soon after. At first there were just Visia, Acenta and Tekna trims, and all early cars were five-seaters.

By October 2008 there was a seven-seat Qashqai +2 (pictured). This came with the same engine and trim options, but was 211mm longer and 38mm taller. An n-tec model arrived in April 2009, a year before a facelifted Qashqai appeared, with a 129g/km 1.5 dCi Pure Drive option, along with a redesigned nose, revised dash and suspension, plus extra soundproofing.

The 2.0 dCi was superseded by the cleaner, smoother, more refined 1.6 dCi in September 2011, two years before an all-new Qashqai landed in dealers.

Only the 2.0-litre petrol and diesel engines were offered with four-wheel drive, along with the 1.6 dCi when it was introduced. 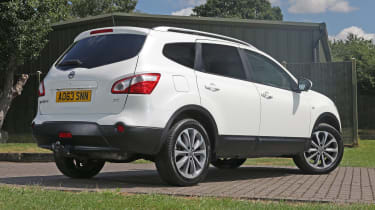 While the front-wheel-drive cars are cheaper to run, they’re not so well suited to towing and not as reassuring in wintry conditions. The Qashqai +2 offers added versatility and space over its five-seat sibling, but five-seat models are far more readily available as used cars.

An entry-level Visia version brings alloy wheels, air-con, electric windows and Bluetooth, but move up to the Acenta trim and climate control and parking sensors are included. The n-tec features sat-nav and 18-inch alloys, while the range-topping Tekna comes with leather trim, heated seats, xenon lights and a glass roof.

Alternatives to the Nissan Qashqai Mk1

A raft of pretenders to the Qashqai’s throne have sprung up since it arrived. One of the best all-rounders for its style, value, reliability and affordability is the post-2010 Kia Sportage; the earlier car is still excellent value, but is less accomplished. Hyundai’s ix35 is related to the Kia and is worth looking at for all the same reasons.

The talented Skoda Yeti has always scored incredibly well in our Driver Power satisfaction surveys. It has excellent engines, offers more versatility than the Qashqai and it’s very dependable. 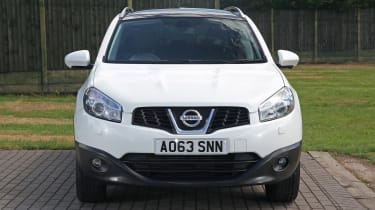 Your shortlist should also include the Ford Kuga because of its ready availability, excellent dynamics, generous equipment levels and affordability; it looks smart, too.

The ignition barrel can fail, making it impossible to remove the key or switch the engine off. Repairing the problem can cost £500.

Tyres don’t seem to last very long on Qashqais that are fitted with the optional 18-inch wheels, so see how much tread is left.

The key fob for the remote central locking can play up. This is because of poor contacts in the key or through mobile phone interference.

Rattles from the rear suspension are among   the most common Qashqai issues – along with premature failure of the rear shock absorbers. 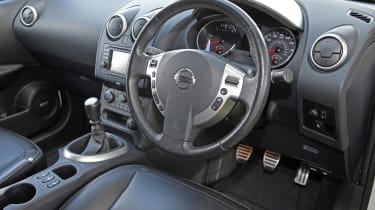 The dash is clear and cubbyhole space is good, but some of the plastics feel cheap. There’s room for five, although rear headroom is limited. Only the +2’s second-row seats slide. The load bay is 1,513 litres with them folded; with them up it’s just 410 litres.

All Qashqais need to be serviced every 12 months or 12,500 miles. Check-ups alternate between minor and major, costing £189 and £209 respectively for a petrol-engined car and £259 and £319 for diesel models.

Of all the engines fitted to the Qashqai, the only one that comes with a cambelt is the 1.5 dCi. The belt needs to be renewed every six years or 100,000 miles; expect to pay £508 for this work to be done, or £727 if the water pump is also replaced at the same time.

Fresh coolant is required every five years, at a cost of £65, while the air-con should be inspected every three years and recharged as necessary, for a fee of £59. 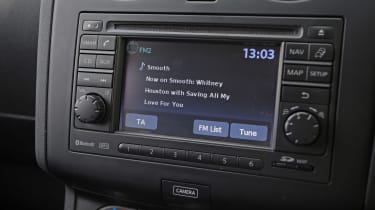 A callback in January 2012 was because the power steering assistance could fail on cars produced between August 2010 and August 2011. Another recall covered possible engine seizure through the air-con compressor failing, while two others dealt with potential fuel leaks.

The Qashqai Mk1 last featured in our Driver Power survey in 2016, in 147th place. The only top 100 scores were for in-car tech (74th), plus practicality and ride quality (both 92nd). Build quality and reliability ranked 144th and 149th, so buy with care.

When the Qashqai arrived we pitted it against the multi-talented VW Golf and it won – that’s how good it was. Well built, generously equipped and easy to drive, the Nissan lacked the body control on the road of its more conventional hatchback rivals, but otherwise it was hard to fault.

Buyers loved it, too, and the crossover featured regularly in the UK’s top 10 best sellers chart. Some examples have proven unreliable, so it’s worth going for the newest version you can afford. The smaller engines can struggle, but buy the right car and you’ll see why the Qashqai has proven a success.