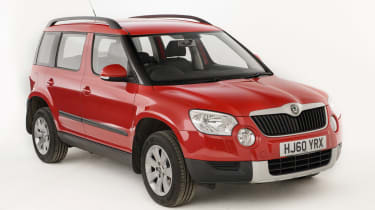 We’ve run two Yetis on our fleet and they’ve been as popular as each other. Our first, a 1.2 TSI, notched up over 20,000 miles and didn’t put a foot wrong. The 1.6-litre diesel that followed was just as dependable. We also found the dealers to be excellent when servicing time came round. But what really impressed was the Yeti’s usability. A tough, versatile interior makes it one of the best family cars going, while economy is a strong suit, too. The Yeti isn’t just one of the best SUVs you can buy, it’s one of the best cars on sale, because it’s so talented.

When Skoda launched the Yeti in 2009 it joined an already large pool of compact SUVs, so it wasn’t exactly cutting edge. However, it still managed to cause a stir.

Here was a car that was good to drive, versatile and spacious, so while in theory it didn’t offer anything new, it actually moved things on in a class that was becoming increasingly popular with new car buyers.

So it’s no wonder that the Yeti was our Car of the Year in 2010, but that was just the start of the honours. Since then, this versatile family car has notched up awards for its off-roading and towing abilities, while Auto Express readers have consistently rated it one of the best cars on the market.

Having arrived in the second half of 2009, the Skoda Yeti has proven to be an extremely popular compact SUV. Despite receiving a facelift in 2014, it’s still in its first generation so it’s this model that we’re focusing on here. 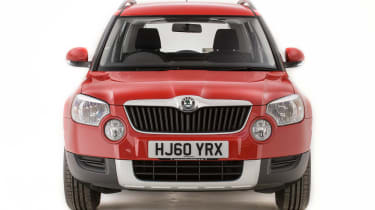 A facelift in January 2014 brought new equipment and a fresh interior, plus two variations: Yeti and Yeti Outdoor. The latter featured more rugged looks and was aimed at buyers keen to use their car off-road.

All Yeti engines are strong, but the turbocharged units are especially zesty. The DSG semi-auto transmission isn’t as reliable as the manual alternative, but it’s still decent. 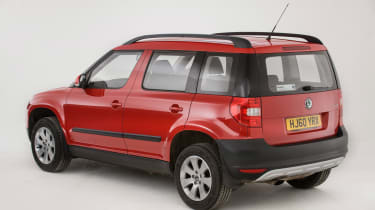 Alternatives to the Skoda Yeti

The Nissan Qashqai is a tough adversary, with its smart looks, decent reliability and seven-seat option (in Qashqai +2 guise). It’s available in four-wheel-drive form, too – unlike another rival, the Peugeot 3008, which is still good to drive and well equipped.

The slightly smaller front-wheel-drive- only Citroen C3 Picasso features similarly boxy styling to the Yeti, and it’s practical. You can pick it up for a lot less money, but the Picasso is no off-roader. If four-wheel drive is key, check out the Ford Kuga, which is great value and dependable. 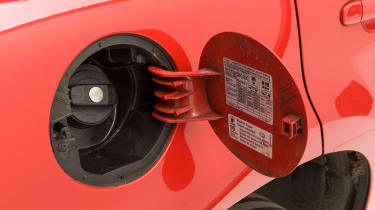 Many owners are disappointed with their fuel economy – low-mileage examples can be thirsty, but tend to get frugal with age.

Not all Yetis have rear parking sensors, and working out where the car’s extremities are is tricky, so scrapes aren’t unusual.

Some cars – but not many – have suffered electronic glitches, especially where multimedia systems are concerned.

There’s no spare wheel of any kind – just a tyre inflation kit. Full-size spare wheels are available from dealers at around £140. 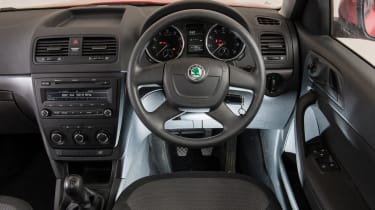 Versatility is the name of the game here, as the rear seats slide individually backwards and forwards while the outer two can be moved inwards to create extra shoulder room. With everything in place there’s a 405-litre boot, but this can be expanded to an impressive 1,760 litres.

All Yetis have variable servicing, with visits to the garage every two years or 20,000 miles, but it can be less. Services alternate between minor and major, which are priced at £139 and £259 respectively. 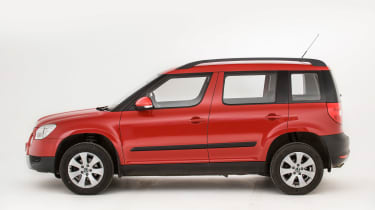 The Yeti has been the subject of just one recall so far, issued in December 2011. Only Yetis with the commonrail (CR) 2.0 TDI engine were affected, with 1,867 vehicles caught up in the campaign – included in this figure were some contemporary Octavias and Superbs as well.

The recalled Yetis were built in 2009, 2010 and 2011. The problem was potential diesel leaks due to vibrations damaging high-pressure fuel pipes. This was solved by fitting a set of anti-vibration balance weights to the pipes.

Having finished in the top two for the previous five years (winning three times between 2012 and 2014), the Yeti dropped to 16th in our 2016 Driver Power owner satisfaction survey. Its best result was 9th for ease of driving and 10th for build quality, while 76th for ride quality was the Yeti’s worst result.