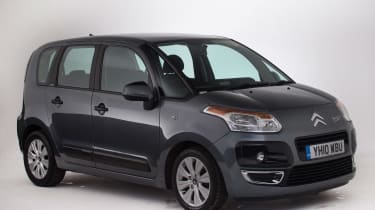 Time will soon be called on the current C3 Picasso, as it’s already seven years since the car was introduced. Despite its age the smart Citroen still cuts a dash, and it offers practical motoring on a budget. Unsurprisingly, reliability and quality issues are becoming more common, but the C3 Picasso is proving to be more dependable than some of its forebears. When the boxy Citroen arrived in 2009, we crowned it Supermini-MPV of the Year at our New Car Awards, and we loved the car just as much when we ran one on our test fleet. The C3 Picasso’s star may be fading, but it’s far from burned out.

Citroen was once known for its cars’ distinctive styling and quirky features, but this strategy simply didn’t pay. As sales dwindled, the brand became increasingly conservative with its design in a bid to retain buyers – and for a while, this worked.

When those same customers decided they wanted style and quality with a healthy dose of usability, however, Citroen changed direction once again – and the result was its C3 Picasso. This funky-looking small family car led a design renaissance at the company, which continues with its new models. Sharper lines and a much higher level of build quality were the supermini-MPV’s cornerstones, and now you can buy one from a mere £3,000.

The Citroen C3 Picasso first went on sale in 2009 and, despite a receiving a facelift in 2013, it’s still in its first generation, so it’s this model that we’re focusing on here. 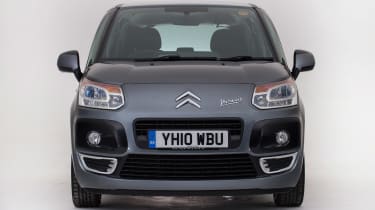 A revised C3 Picasso arrived early in 2013, with fresh colours, a redesigned nose and a new multimedia option. From summer 2015 the only engines offered were Citroen’s brilliant three-cylinder 1.2-litre PureTech petrol or the 1.6 HDi, now in ultra-frugal BlueHDi 100 form.

All of the engines are fine, although the 1.4 VTi feels weak if the car is loaded up. The PureTech is fun but prices start at £10,000 as the oldest cars are on a 15-plate. We’d avoid the less-than-slick EGS transmission, although some owners reckon it can be mastered. The entry-level VT comes with a CD/tuner, remote central locking, electrically adjustable mirrors and powered windows, along with a height-adjustable driver’s seat. 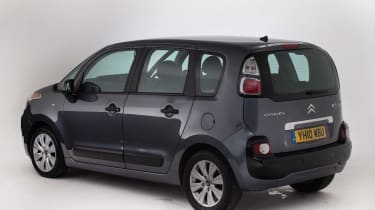 Move up to the VTR+ to get air-con, along with curtain airbags and cruise control, while Exclusive brings dual-zone climate control plus automatic lights and wipers. All trims were available with a special Look Pack to spruce up the exterior detailing.

Alternatives to the Citroen C3 Picasso

Perhaps the C3 Picasso’s most talented rival is the Honda Jazz, which offers class-leading practicality, space and reliability. However, prices are high and there’s no diesel, although the recently replaced second generation did come as a hybrid.

The Kia Soul looks distinctive and is generally very reliable, plus it’s well equipped. A seven-year warranty means you get peace of mind, too. With its rear-hinged back doors the Vauxhall Meriva is neat, and now used values have dropped it can be good value, too. The Hyundai ix20 is a leftfield buy that’s well equipped and surprisingly practical, while the Nissan Note and its Renault Modus (and Grand Modus) cousin are excellent value, if rather bland.

A common gripe is the C3 Picasso’s fuel economy. Most 1.6 HDi diesel owners average 48-50mpg, although the official figure is around 60mpg. 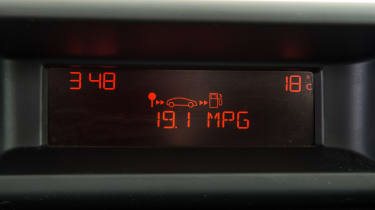 Early cars – even range-toppers – didn’t have Bluetooth fitted as standard. As a result, on many models you still can’t relay calls through the stereo.

A faulty fusebox located under the bonnet can lead to the car going into limp-home mode. The only reliable fix is a new fusebox.

Some C3 Picassos have a space-saver spare wheel, while others have a mobility kit. None gets a full-size spare, although one will  fit in the well.

The bold dash is pure Citroen, while the build quality is far better than in older models. A fine range of seat and wheel adjustment means it’s easy to get comfortable for all but the tallest drivers, and practicality is good, too. The boot holds 500 litres with the seats up, and 1,506 when they’re folded. 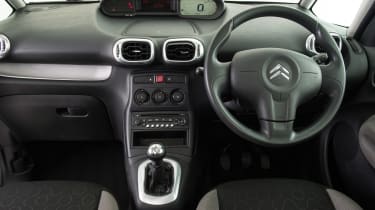 All engines have a timing belt, but the replacement interval varies depending on model and build year; timings vary between eight and 10 years along with 80,000 and 120,000 miles. Expect to pay £295-£345 to have a new belt fitted, plus £65 for fresh coolant every four years and replacement brake fluid every two years at £49. 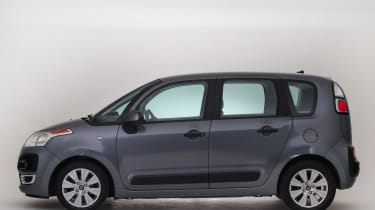 The C3 Picasso has been recalled eight times; most cars will have been called back at least once. Check potential buys at citroenrecalls.co.uk. The first came in June 2010, the second in August 2010 and the latest in April 2014.

Reasons have included leaking fuel pipes, the engine cutting out, plus problems with the anti-lock brakes, ESP and windscreen trim. The most bizarre recall came in June 2011, because the front passenger could inadvertently activate the brakes of C3 Picassos built up to May 2011.

The C3 Picasso dropped out of the Driver Power rankings this year, having finished in 108th position last year. Top category score was 50th for practicality, followed by 67th for running costs and 78th for reliability. Lowest rankings were 168th for handling and 167th for build quality; ride quality came in at 139th.