The Subaru Levorg estate is an unusual, practical choice that lacks a little sophistication compared to its rivals 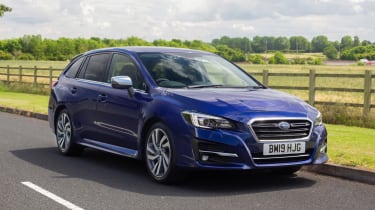 The Subaru Levorg is something genuinely different from the norm, but that has both good and bad implications. On the one hand, it’s refreshingly simple, with one engine, one trim level and little in the way of confusing options. It’s also a solidly built, decently practical car that follows a long line of Subaru estates with similar qualities.

It also has a chassis that shows promise, with tidy handling, reasonable agility and all-wheel drive grip. It’s solidly built and should (in theory) prove more reliable than German counterparts. However, the sole engine choice isn’t very inspiring, fast or economical, the CVT gearbox saps the sense of fun, and there’s little engagement in the driving experience.

The interior design isn’t as modern to look at or as pleasurable to use as the best at this price, either, while a number of mainstream estate rivals are more spacious. At least the impressive standard kit list and solid build helps to offset the Levorg’s flaws.

The Subaru Levorg is a car that may well have escaped your attention up to this point. It arrived on the UK market in 2015 and was actually an indirect replacement for the Subaru Legacy Tourer, which had gone out of production in 2014. The Levorg is only available in estate form as the Levorg name - a bizarre combination of ‘Legacy’, ‘Revolution’ and ‘Touring’ – is meant to suggest.

Subaru originally decided to bring the Levorg into the UK to fill the range gap underneath the larger, off-road biased Outback and above the compact Impreza. Today it fills a similar niche and is pitched by Subaru as “the driver’s AWD tourer”. As such, the car competes with everything from the 4x4 versions of the Skoda Octavia Estate to more premium offerings like the BMW 3 Series Touring, Mercedes C-Class Estate and Audi A4 Avant. Subaru would like you to look at it more as a good value competitor to the latter group than an expensive alternative to the former.

In many ways, the Levorg is refreshingly left-field and honest. There’s just one bodystyle and trim level available while all models get all-wheel drive married to the same engine and gearbox combination. 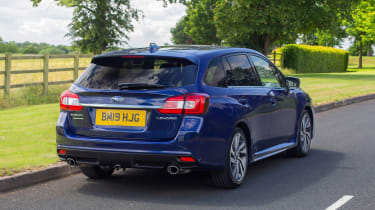 A facelift in the spring of 2019 brought subtly revised styling to the Levorg with updates to the grille, bumper, headlights and bonnet, plus improvements to the interior trim, safety kit list and infotainment system. Crucially, the 168bhp 1.6-litre turbo petrol engine was also replaced – a longstanding weak point for the car – with a 147bhp 2.0-litre naturally aspirated unit. As before, the Levorg sends power to Subaru’s Active Torque Split 4x4 system via the Lineartronic CVT gearbox.

The Levorg’s standard GT specification features a strong kit tally with items such as the latest 7” touchscreen sat-nav with Android Auto and Apple CarPlay, dual-zone climate control, 8-way electrically adjustable and heated leather seats and LED headlights thrown in. There’s also a host of safety features including Subaru’s ‘Eyesight’ active assist system that includes Adaptive Cruise Control, Pre-Collision Braking, Lane Sway and Departure Warning and Lead Vehicle Start Alert that prompts the driver when the car ahead in a traffic jam has moved off. Subaru has already shown-off an all-new Levorg at the 2019 Tokyo Motor Show that’s due to hit the Japanese market towards the end of 2020 and we expect that model to replace this version on the UK market at some point after that. 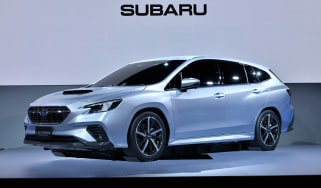 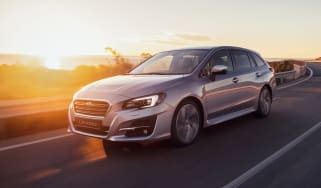 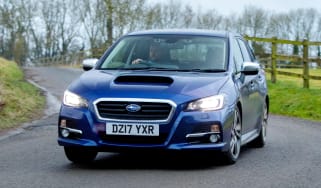 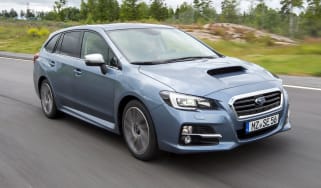 Subaru's Levorg is an all-wheel-drive, boxer-engined estate targeting the likes of the Mazda6 Tourer. Is it any good?
Skip to HeaderSkip to Content