A new dual-clutch aultomatic box adds more choice to the Suzuki S-Cross crossover line-up. Is it any good? 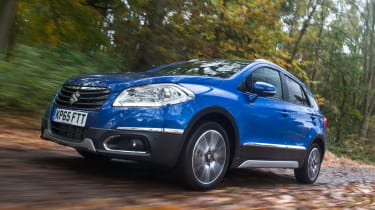 The Suzuki SX4 S-Cross is an honest and competent car, albeit one without much personality. The company claims one in six crossovers sold is now a diesel auto, and if you really must have an auto box, this dual-clutch set-up is slick enough. We’d opt for one of the generously equipped lower-spec models, as at this price there are better options out there that offer more comfort, space and a better-quality cabin.

With the Vitara hogging the limelight in Suzuki’s crossover range, it’s easy to forget the existence of the humble S-Cross. But now you can buy one with the company’s first-ever dual-clutch auto gearbox, which we tested alongside the new Euro 6-compliant diesel engine.

The six-speed TCSS transmission, as with the diesel engine, is sourced from Fiat and commands a premium of £1,350 over the manual car. It’s expected to be a reasonably strong seller, as Suzuki’s research claims nearly one in six crossovers are diesel autos. 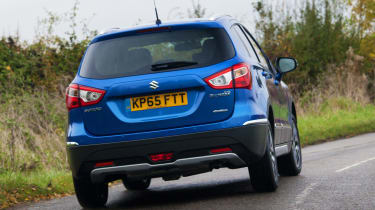 There’s now a set of paddles behind the steering wheel, allowing manual changes if your mood dictates. Out of town it shifts by itself relatively seamlessly, although it can be a bit slow to react to sudden throttle inputs. It’s perfectly adequate given the target market, however. Push on and it’s reasonably quick to respond to the paddles, although like many systems it won’t change down if it feels the engine is revving too high.

The biggest problem, however, is in town. In traffic it’s jerky compared to the best dual- clutch systems from VW or Ford, as even gentle pedal inputs cause it to lurch back and forward. It’s also too keen to hold on to second gear rather than drop to first when you hold it on the brake, so it feels almost as if it’s about to stall. The efficiency penalty for the auto is negligible, however, being only 1.4mpg and 4g/km worse off than the manual box. 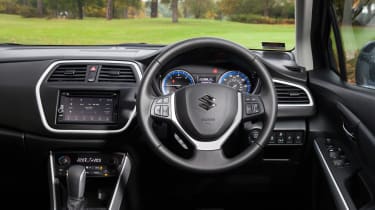 Gearbox aside, the S-Cross remains a competent if largely unremarkable car. The new diesel engine offers no more power and torque than before, but feels a fair bit more sprightly than the lacklustre performance figures suggest. It’s not very refined, though, which is a shame as it’s better suited to long motorway slogs than stop-start traffic.

Suzuki has made no changes to the ride or handling,either, but the S-Cross is surprisingly agile, with well weighted steering and good body control. The ride is acceptable rather than overly comfortable, and some wind and road noise is evident.

This SZ5 spec comes with plenty of kit, including heated leather seats, xenon headlamps and keyless entry. Plus, our Allgrip model has selectable four-wheel drive. But the price is a real sticking point. At over £25,000, it’s in direct competition with strong rivals like the Renault Kadjar and Skoda Yeti.