We see if Suzuki's 1.4-litre turbo Vitara S is a better buy than the naturally aspirated 2.0 Mazda CX-3 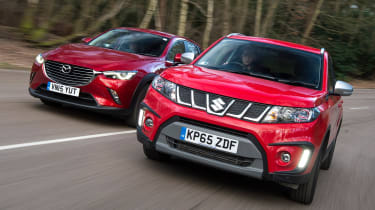 Petrol crossovers aren’t as popular as their diesel equivalents, but with unleaded now under £1 per litre at the pumps, is it worth considering an alternative to a more expensive diesel compact SUV?

That’s what we’re aiming to find out here, as the new Suzuki Vitara S offers four-wheel drive and a 1.4 petrol turbo engine to deliver peppy performance without sacrificing running costs.

But do you need a downsized turbo in a supermini-sized SUV? Well, Mazda doesn’t think so; its all-wheel drive petrol CX-3 uses what the company calls a ‘right-sized’ 2.0-litre naturally aspirated unit.

The Suzuki is more efficient on paper and boasts more standard equipment than the Mazda, yet the CX-3 is more upmarket inside – although you’ll have to pay extra for the added luxury. So, it’s safe to say we could be in for a very close contest. Read on to find out which of our crossovers offers the better balance of cost, kit, performance and practicality. 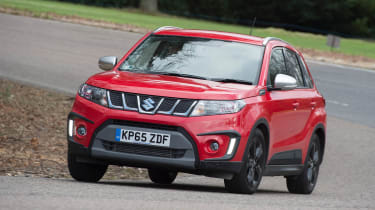 Mazda claims it doesn’t need turbos to hit efficiency and power targets. Instead, it uses ‘right-sized’ engines that deliver suitable performance for the size of the car without adding the complexity or cost of a turbo.

However, the 2.0 petrol here can’t match the Suzuki’s 1.4 turbo in terms of performance, fuel economy and CO2 emissions. 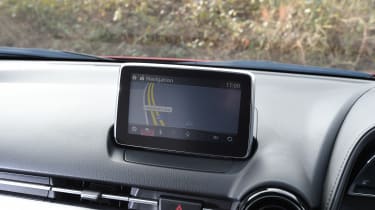 Despite being the cheaper car, the Vitara has more tech. Keyless go, a reversing camera and LED headlamps feature on both to make day-to-day life easier, but while you can’t get heated seats on the Suzuki, its adaptive cruise control might be a bigger bonus for some.

Both cars feature four-wheel drive, but the Suzuki S has more off-road prowess, with a locking diff for extra traction on slippery surfaces and hill descent control. The rear diff hangs lower than the Mazda’s, though, thus reducing ground clearance. 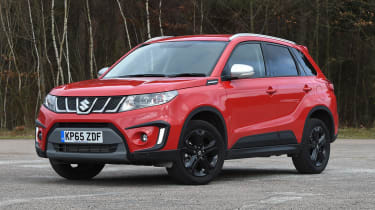 Neither car makes a solid case over its diesel counterpart, but the Vitara S is the better petrol crossover. It’s cheaper to buy and run thanks to its more efficient turbo engine, while you get more standard equipment for your money, too. The Vitara S also handles sweetly and is more practical than the Mazda, making it a better all-rounder. 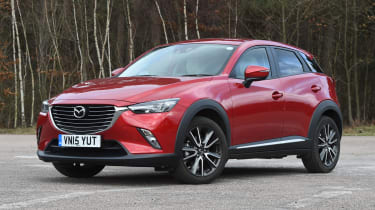 Even though the Mazda feels more upmarket inside, its cabin isn’t as functional as the Vitara’s. With four-wheel drive and petrol engines, neither car is an eco champ, but the Mazda’s much higher CO2 emissions inflate running costs, which is why it finishes second here. We’d save some money and go for the two-wheel-drive 1.5 diesel instead. 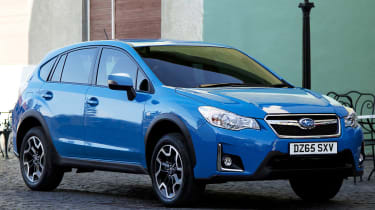 There aren’t many petrol crossovers to choose from, but Subaru has just updated its XV for 2016. However, the entry-level SE is pricier than the Vitara, isn’t as well equipped and emits 160g/km of CO2 – so will be more costly to run. 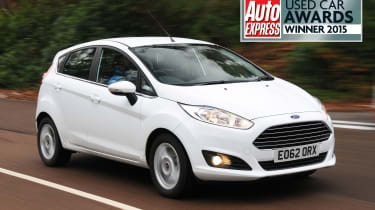 For the same price as the Mazda, you could get a used Skoda Yeti Outdoor, which is better off-road and more practical. We found a 2015 top-spec Laurin & Klement model with 3,000 miles on the clock for just over £22,000.