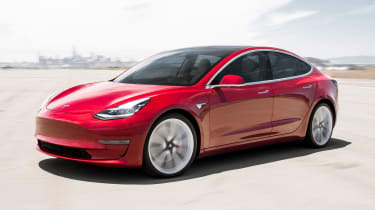 The Tesla Model 3 has become Europe’s best selling pure electric vehicle (BEV) in its first full month of sales with 3,657 examples sold. It outsold the established Renault Zoe and Nissan Leaf by 773 and 1,324 units respectively.

The Model 3 broke tradition, as usually the volume of new vehicle registrations comes from fleets, with the Model 3’s volume coming from private registrations. On top of that it also became Europe’s top-selling premium mid-size saloon, outselling the Mercedes C-Class, Audi A4 and BMW 3 Series.

Unsure what engine you want to power your next car? Read our guide to help decide which engine is right for you...