New family hatch gets 1.0-litre petrol engine, which is free to tax and returns up to 67mpg 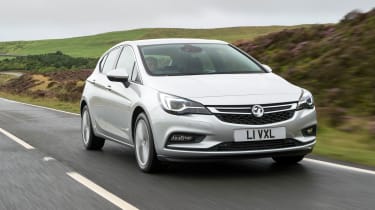 Small petrol engines have come a long way, and the Astra’s 1.0-litre ECOTEC direct injection three-cylinder turbo demonstrates that again. Refined, with good low-rev response and excellent economy, it’s as impressive here as it is in its Adam and Corsa relations. Just be careful with that configurator though if you want maximum tax-dodging ability, and as ever that quoted economy figure will be tricky to match in the real world. But all things considered it’s a fine economical choice for those that don’t want a diesel.

Lighter, sharper, more spacious and better equipped, Vauxhall’s new Astra has all it takes to have it fighting at the top of the segment for class honours. It has impressed us already as a higher-power diesel, but the real test of Vauxhall’s rigorous weight loss plan is how the Astra works with the smallest, most economical engines – such as the company's 1.0-litre petrol option.

Every engine under the new Astra’s bonnet is either all-new or extensively revised and Vauxhall is promising economy and emissions to compete with the best. Downsizing is the order of the day and this 1.0 ECOFLEX model features a direct-injection turbocharged three-cylinder unit that produces 103bhp and 170Nm of torque.

In its most economical guise that translates to a tax-dodging 96g/km and 67.3mpg – helped by the Easytronic automatic transmission, low-rolling resistance tyres and stop-start system. Play around with Vauxhall’s online Astra configurator and different trim levels with the same engine and a five-speed manual transmission do see those figures creep upwards. 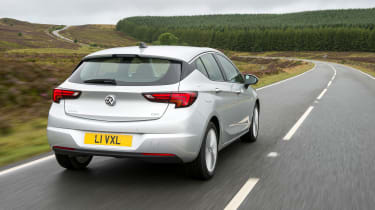 It’s a marginal increase though, with the most economical manual still dipping below 100g/km. Even the heaviest, most comprehensively equipped and largest wheeled Elite Nav returns 64.2mpg and emits a still impressive 102g/km of CO2.

Our early drive in the three-cylinder economy champion is in a five-speed manual in Tech Line trim, which gains a larger 8-inch touchscreen with sat-nav and a leather covered steering wheel. The three-cylinder engine does a good job in both the Adam and Corsa, but even with the new Astra’s sizeable 200kg weight loss, there’s more being asked from it here.

In the Astra the turbocharged triple is a demonstration that downsizing works. The dinky 1.0-litre proves as enthusiastic and able as it is in its smaller relations, despite the bigger body. Obviously it needs working a little bit harder than the more powerful engines in the line-up, especially if you’re chasing its 10.5-second 0-60mph time, but with its peak torque delivered from just 1,800rpm it’s not as frenetic or busy as you might think. 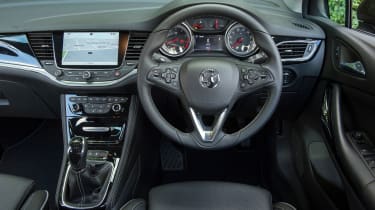 Revving it hard does reveal its three-cylinder make-up, but it’s never raucous, unpleasant or intrusive, while the five-speed manual gearbox shifts quickly and easily – though another ratio might improve economy even more.

Around town you’ll be doing well to hear the engine thanks to the fitment of a balancer shaft to reduce vibrations, which, along with Vauxhall’s focus on noise reductions elsewhere, makes for a hushed drive. Such are the improvements in wind and engine noise you hear a bit more from the road as the speed rises, but the Astra’s right up there with the Volkswagen Golf when it comes to refinement, adding to its more upmarket feel.

That’s true inside too, which, thanks to some clever packaging, has far more space, in spite of the Astra's reduced exterior proportions. Rear seat passengers in particular are better accommodated for and the trim materials inside are a marked improvement over its predecessor – if not quite in the same league as the class best from Volkswagen. 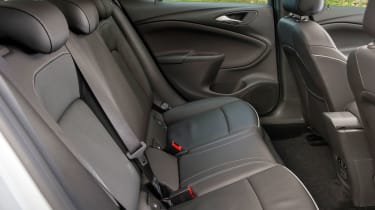 The entertainment system is easier to navigate, too. Vauxhall’s fiddly old system has been replaced with an easy to operate touchscreen that dominates the centre of the dash and offers masses of connectivity, whether you use an Apple or Android smartphone. Clear instruments and plentiful adjustment for the driver makes getting comfortable easy, though the high armrest between the front seats does occasionally meet your elbow when you’re shifting gears.

• Vauxhall Astra's not flagging at 36 years and counting

The weight loss doesn’t just benefit economy, either. With it comes a new-found agility, which makes the Astra an enjoyable drive, though a bit more feel from the light steering would improve things further. The ride is supple, too, even on the larger wheels of more expensive trim levels, while the Astra’s style is more stand-out than it ever was.