Car of the Year award goes to the VW Golf, ahead of the Toyota GT 86 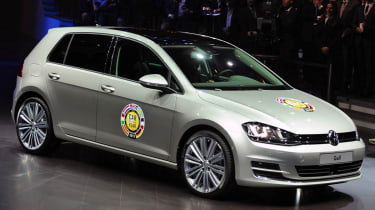 The Volkswagen Golf has been crowned the 2013 European Car of the Year. The Golf was the clear winner of the annual contest, taking 414 votes from the jury, which is made up of motoring journalists from across Europe.

The Golf beat the Toyota GT 86 and Subaru BRZ duo into second place, with 202 votes, and the Volvo V40 into third with 189 votes.

The Car of the Year jury said that the new Golf had been “recognised for its overall balance and outstanding achievements in safety, fuel efficiency, dynamics and comfort.”

VW’s board member responsible for research and development, Dr Ulrich Hackenberg, and the firm’s design chief, Walter de Silva, accepted the Car of the Year award on behalf of Volkswagen.

The result is a return to conventionally powered cars taking the top spot – the Vauxhall Ampera/Chevrolet Volt and Nissan Leaf have won the award for the previous two years.

By taking the win, the Golf becomes only the second car to win the European Car of the Year Award twice. The Renault Clio won in 1991 and 2006, while the Mk3 Golf won the award in 1992. However, all seven generations of the Golf have appeared in the top three results for the award in the year of their individual launches.

Welcome to our Geneva Motor Show hub page, scroll down for all our Geneva content...
Volkswagen Golf review 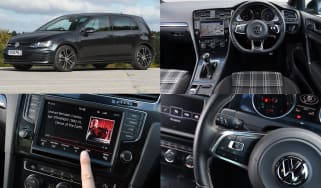 Choosing to get live traffic updates on your Volkswagen is a must, as the system will always take you on the fastest route