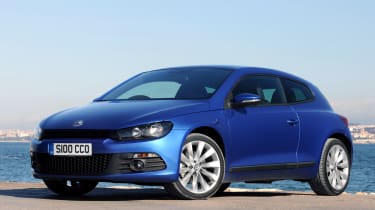 We reckoned that the Scirocco Mk3 was so good that we gave it a maximum five-star rating when we first drove it. We loved the driving position, looks, practicality and the flexible 2.0 TSI engine. If there was a downside it was the generic VW dash that led to some fans thinking that the Scirocco was little more than a dressed-up Golf. But that short-changed the car because it amounted to much more than that thanks to its classier interior, stand-out exterior design and much sharper driving experience. In the decade since it arrived, the Scirocco has also proven to be easy to own, and we reckon it’s still one of the best used sporting hatches you can buy.

Platform sharing is nothing new to Volkswagen. A few months after the Golf arrived in 1974, a stylish three-door alternative popped up: the Scirocco.

A restyled Scirocco was launched in 1981, but when production of that car ceased in 1992, VW mothballed the model. Sixteen years later the Scirocco was revived, based on the Golf Mk5 and looking as stylish as before.

It wasn’t just a pretty face; the car was great to drive, came with some fine engines and gearboxes, and featured VW’s legendary build quality. Brits would go on to buy more Sciroccos than drivers in any other country in Europe. 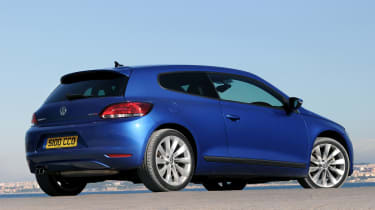 The Scirocco Mk3 arrived in September 2008 with a 197bhp 2.0 TSI petrol the only engine choice, plus manual or auto (DSG) boxes and range-topping GT trim.

The 265bhp Scirocco R arrived in February 2010, alongside the new entry-level 120bhp 1.4 TSI 122. From November 2010 the 2.0 TSI engine got BlueMotion fuel-saving tech as standard. An R-Line trim was launched in April 2012, just as all cars got extra standard kit.

GTS models reached showrooms in January 2013, then a restyled Scirocco arrived in August 2014, with a new dash and more efficient engines.

Diesels are the most frugal, but petrol engines aren’t thirsty (aside from the R) unless driven hard. The DSG box works brilliantly, as does the six-speed manual.

Alternatives to the Volkswagen Scirocco Mk3

As a cross between a hatchback and a coupe, the Scirocco has few rivals. The Alfa Romeo Brera is one of the closest, and it’s got more character than the VW, but is more flawed. The Audi TT is much more accomplished and focuses more on style than ultimate practicality, although the hatchback means this Golf-based coupe is still very usable. 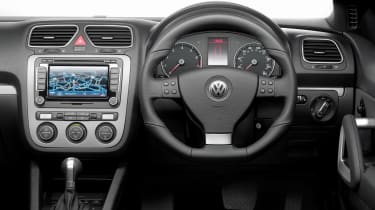 If you want something that’s great to drive take a look at the BMW 1 Series, while the Peugeot RCZ offers style and usability for relatively little money.

Bluetooth can be awkward to set up, with some phones almost impossible to pair.

The 1.4 TSI engine can misfire because of failed coil packs. If left this can lead to damaged pistons.

Scirocco is generally reliable, but early cars can suffer glitches which are hard to fix; check everything.

The seals for the front and rear lights can fail, which leads to condensation building up in the housings. 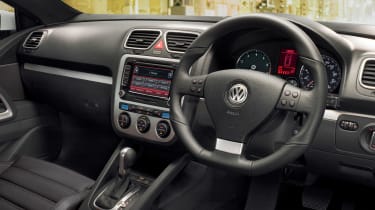 Clear but lacking flair, the Scirocco’s dash and switchgear are easy to use and well made. The seats offer comfort and support, plus there’s a wide range of adjustment available, but the two rear seats have limited headroom. Boot space isn’t bad at 312 litres (expandable to 1,006 litres with the seats down), but the high lip doesn’t help when loading luggage in.

Buyers can pick from variable or fixed servicing. The former gives up to two years and 18,600 miles between checks; the latter is set at 12 months or 9,300 miles. 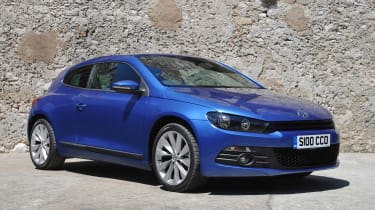 The Scirocco has been recalled four times. The first was in December 2009 for DSG drive-loss problems. Diesel fuel leaks led to a campaign in December 2011. In March 2017, faulty airbags brought a recall, and the most recent issue was in June 2017; the ABS and ESP could fail on cars built up to May 2010. Some Sciroccos were caught up in the diesel emissions recall; enter the reg into tinyurl.com/y7nhdtht to see if a potential buy is affected.

The Scirocco made its Driver Power debut in 2011, in 17th place; two years later it had dropped to 60th. Subsequent scores were 59th (in 2014) and 99th (2015) before it disappeared altogether. In that final appearance it was the handling and performance that owners loved the most; surprisingly, practicality was the low spot.