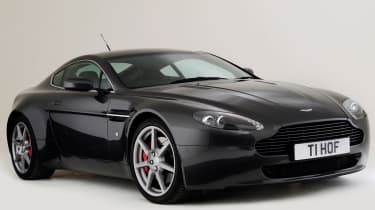 A new Ford Mondeo can set you back more than £30,000, but what if you want something a little more exotic for that cash? Aston Martin’s V8 Vantage was introduced as the company’s ‘entry-level’ model in 2005, and with hundreds of cars for sale today, starting from a little over £30,000, the Vantage makes a great buy for anyone looking for a slice of exotica on a budget.

With a 4.3-litre V8 and a manual or semi-auto Sportshift box (each with six gears), the Vantage has a soundtrack and performance to match the looks. The 380bhp engine has a free-revving nature that runs all the way to 7,000rpm, and is a delight to use; it takes the car from 0-62mph in a mere five seconds and on to 175mph. Throw in a spine-tingling exhaust note, fabulous dynamics and jaw-dropping looks, and there’s plenty to love about this baby Aston.

The Aston Martin Vantage was launched in 2005 and is the most affordable in the brand’s line-up, sitting below the new DB11, Rapide S and Vanquish in the range. 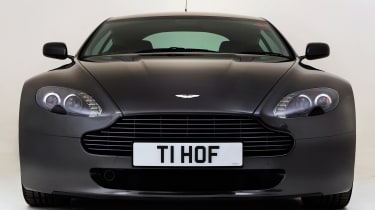 The Vantage arrived in 2005 in coupe form with a 4.3-litre V8. Within a year there was a mechanically identical roadster, too. A 4.7-litre model superseded the 4.3 in 2008 with more power and torque, better mpg and stiffer suspension, while the Sportshift’s software was revised to give slicker changes.

The 4.3-litre car is often overlooked in favour of the later 4.7-litre, which delivers more mid-range torque. As a result, the smaller-capacity model can be excellent value, but stick with a manual gearbox as the Sportshift transmission isn’t very slick. 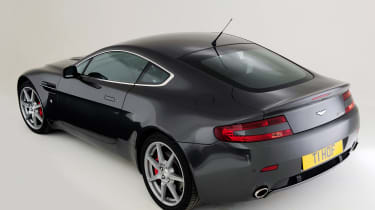 Upgrades are available to boost the 4.3 V8 from the standard 380bhp to the 4.7’s 420bhp, but they’re not cheap. Only buy a Vantage that’s got a full service history with proof that plenty of cash has been lavished, and only consider examples that have been maintained by reputable Aston specialists.

The extra-cost Sport Pack features stiffened suspension and a fresh design of five-spoke alloys; be careful of such cars, as you may find the ride unduly harsh.

Alternatives to the Aston Martin Vantage

The Aston’s toughest adversary is the Porsche 911, which blends superb build quality and surprising practicality with fabulous dynamics and performance – and all from only £18,000 for a 997-generation edition. More charismatic but rather rarer is the Maserati GranTurismo, which starts at £28,000. The open-topped GranCabrio is priced from £54,000. 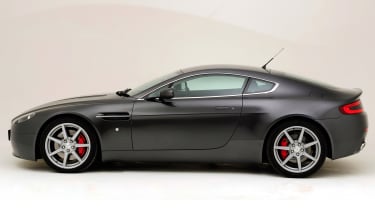 Some cars have had their exhaust-bypass valve adjusted for a richer sound at lower engine speeds, but you might find it’s uncomfortably noisy. 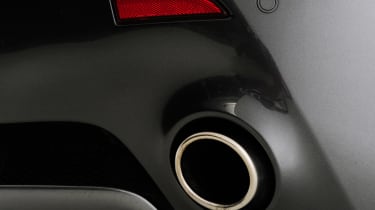 Transmissions are strong, although on early manual cars, first and second ratios can be awkward to select. Clutches last up to 40,000 miles.

The V8 is durable and high-mileage cars are rare. The alternator drive belt can squeak when cold, but a revised design of idler pulley is available.

The paint can bubble at the base of the A-pillars and the brightwork can become discoloured – especially the grille, which can go milky. 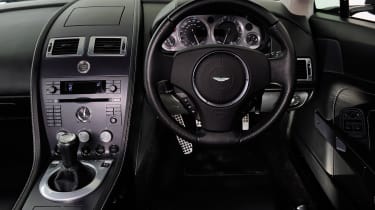 For such a premium car the Aston’s cabin is a disappointment. It’s well made in the main, but it looks very dated now and some of the switchgear seems anything but premium. There’s seating only for two, although a hatchback layout improves practicality, with a boot that has a 300-litre capacity. 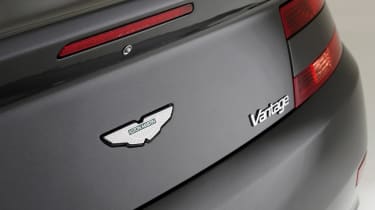 The Vantage has been recalled four times. In February 2006, models made up to October 2005 could suffer an electrical fault that prevented the engine from starting.

A second recall, in August 2009, related to the front subframe working loose on April-July 2009 examples, and another came in November 2012. Models built from April 2009-September 2012 could have tyre pressure monitor software issues. Finally, in December 2014, the seats could overheat on cars made from June 2006 to November 2014.

Unsurprisingly, the Vantage is too rare to be included in our Driver Power survey, but it wouldn’t be hard to predict the outcome: great marks for performance and handling; less so for running costs and practicality. Early models would likely get a thumbs-down for build quality as well, but later cars are noticeably better.