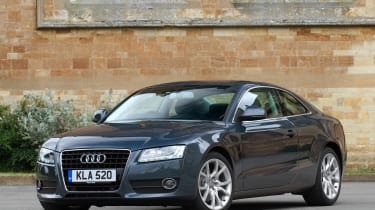 While Audis of this vintage were often criticised for their disappointing dynamics, the A5 was better; it is still very enjoyable to drive, as well as great to look at and well built. Opt for a car with the optional Sport package and the handling is even better, but comfort is adversely affected, so try before you buy. Indeed, before you buy any A5 you need to make sure it has the right engine, gearbox, wheels and suspension. Get it wrong and you might wonder what all the fuss is about, but get it right and the chances are you’ll want to keep your A5 forever.

When Audi launched its first coupe in 1969, it sold just over 30,000 examples during a seven-year run. The 100 Coupe S was stylish and expensive, despite having only a 115bhp 1.9-litre petrol engine.

When the A5 arrived in 2008, Audi expected to achieve rather more in terms of sales success with a car that was offered with an array of excellent petrol and diesel engines, some superb transmissions and the sort of tech and build quality that Audi buyers have come to expect. Later, there would be a cabriolet as well as a five-door Sportback. Here we’ll focus on the two-door models, in particular the coupe. 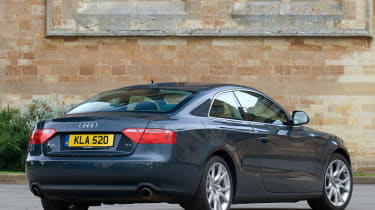 At the same time the S5 Cabriolet got a 328bhp supercharged 3.0 V6 and a dual-clutch S tronic gearbox became available on the A5 2.0 TFSI. A facelift in autumn 2011 brought design tweaks and revisions for the cabin, engines, steering and suspension, the 2.7 TDI was dropped and the S5’s V8 was swapped for a supercharged 3.0 TFSI engine.

The 3.0 TDI has four-wheel drive as standard, but these cars can be costly to run. The best all-rounder is the 2.0 TDI, which is economical, torquey and smooth. The 2.7 TDI offers a half-way house but is available only with the CVT auto gearbox.

Alternatives to the Audi A5 Coupe Mk1

The BMW 3 Series isn’t any roomier than the A5, but it’s better to drive. Build quality is superb and engine choices are wide-ranging; there’s also a choice of coupe or coupe-cabriolet bodystyles. The Mercedes E-Class Coupe and Cabriolet offer excellent build quality and some superb engines, with refinement and reliability. 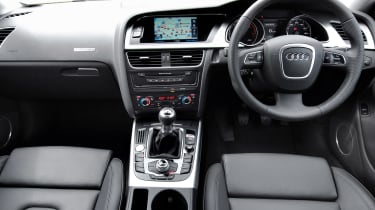 These German cars are costly to buy and run, especially if you purchase something with a high spec. If your budget won’t stretch to this there are a couple of more left-field choices; the Peugeot 407 and Renault Laguna Coupes don’t match the Audi’s cachet, cabin or quality, but they’re great value, unusual and worth a look.

Regulators for electric windows can break. It’s a DIY fix, with new ones £120 from Audi.

Fuel filler flap mechanism can fail. There’s an override behind the boot trim to open the flap.

Wheel bearings are a weak spot, especially the fronts, so listen for groaning when cornering.

Make sure the door locks work properly because the mechanisms can fail; replacement is the only cure. 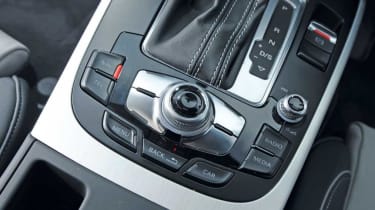 Audi has long made some of the best cabins in the business, with strong build quality and excellent ergonomics; the A5’s is no exception. Its seats are supportive and comfortable, and in sporty S line form they’re even more figure-hugging. A split-folding rear seat boosts practicality; the boot can stow 455 litres, or 829 with the rear seats down.

Most A5s have variable servicing, allowing up to two years or 19,000 miles between pit stops. However, a fixed-schedule regime is offered too, under which the car requires a service every 9,000 miles or 12 months.

Brake fluid is needed after three years, then every two years (£65), and the coolant topped up as needed. 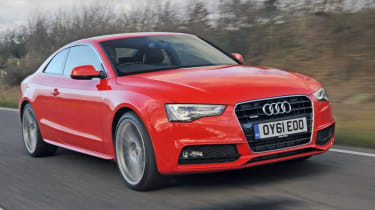 The A5 has been recalled five times. Three recalls between October 2014 and February 2017 covered brake servo problems, fuel leaks and airbags and seatbelt pre-tensioners. Coolant pump overheating caused a May 2017 recall, then in January some A5s were recalled for air-con overheating. Some models were included in the VW diesel emissions scandal.

Coming 35th in the 2017 Driver Power Used Car Survey is good for a decade-old car, with reliability and build quality the highlights, along with exterior fit and finish. Owners like the engines and transmissions, too. The A5 didn’t score too badly in any area, although the lowest score (60th) was for running costs.