The Porsche 911 GT2 RS carries a massive premium over the GT3, but few buyers will care with such extraordinary performance 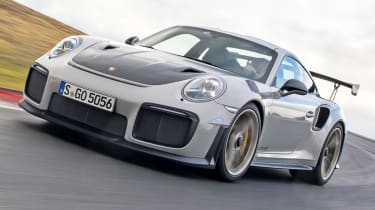 It’s not every day that a new Porsche 911 GT2 RS hits the road, but 2017 saw just such an occasion as the German marque launched its 690bhp monster.

Powered by a rear-mounted 3.8-litre flat-six turbocharged engine, the GT2 RS will hit 0-62mph in 2.8 seconds en route to a top speed of 211mph when equipped with the Weissach pack.

Superb damping means that the ride is brilliant, and it provides a stable platform that allows you the driver to exploit the huge performance provided by the engine. No wonder it held the lap record at the Nurburgring for a while.