Most economical SUVs, 4x4s and crossovers 2019 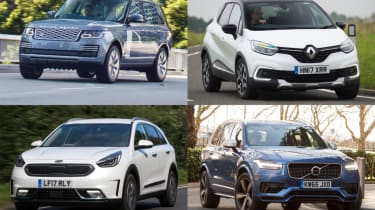 SUVs used to have a reputation for being big gas guzzlers and this never seemed to be an issue with buyers. The point was if you could afford a brand new £100k Range Rover then you could afford the asscoiated costs too, including the hefty fuel bills.

But those days are long gone. The SUV market is crowded with every manufactuer trying to find a new niche to fit an SUV into, plus there is pressure to reduce CO2 emissions and maximise fuel economy.

Curiously, since mainstream motorists have started buying SUVs in big numbers, they have demanded models which behave like the traditional family hatch or saloon. Plush interiors, strong driving dynamics and of course, car-like fuel economy are now all on the SUV wish list.

Car manufacturers have responded with a wave of models to address this demand and now we’re at a point where there are SUVs with combined cycle fuel economy figures to rival even the most frugal city cars.

Our top 10 most economical SUVs list below is split into two categories: non-hybrid and plug-in hybrid. These have been split up primarily because PHEV SUVs claim incredible combined cycle economy figures by virtue of being able to travel on electric power alone for part of the test. There are question marks as to whether such returns can be achieved in real world driving and there’s also the fact that for some buyers a plug-in hybrid will not make sense. Just as a diesel SUV will not work as well for others. 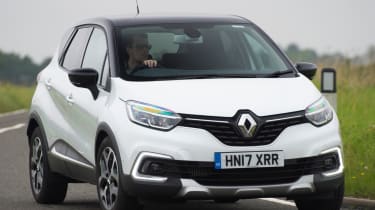 The good-looking Renault Captur is the smallest crossover in the French brand’s range, sitting underneath the mid-sized Kadjar and larger Koleos. It’s powered by a 1.5-litre diesel engine and produces just 89bhp, but in a car this small, that’s plenty. It’s also worth the performance deficit, as the Captur returns an impressive 78.5mpg and just 95g/km of CO2. 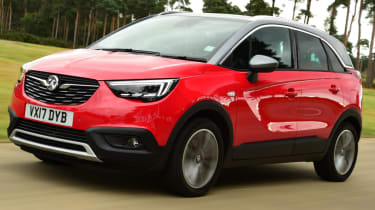 The Vauxhall Crossland X came as a much needed improvement on the retired Meriva MPV, and is a spacious, well-equipped and practical family car. Its position in the range may be a little hazy with the presence of the Mokka X, despite the marque’s efforts to distinguish the two. Aside from the cracking economy, the Crossland X’s biggest draws are its brilliant packaging and comprehensive infotainment system. 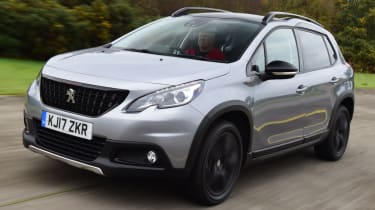 Coming in at third place with an impressive 76.3mpg is the Peugeot 2008. The 2008 is related to the Cactus but offers a plusher and luxurious interior as well as a more substantial feeling on the road. This adds weight and therefore dents fuel economy, but it’s still unlikely to cost you the earth at the pumps. 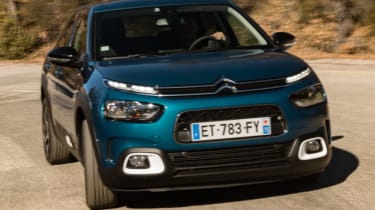 The C4 Cactus focuses on simplicity and lightness, so it’s perhaps no surprise that it posts such a staggering economy figure. For a car with space for a growing family, a figure of over 80mpg is very impressive indeed – and it’s backed up by an equally low CO2 figure of just 89g/km.

It’s not all good news, unfortunately. The Citroen’s soft and pillowy driving dynamics won’t be to everyone’s taste, admittedly, but some approve of the comfort-focused ride and handling. Less easy to swallow is the automated manual gearbox necessary to achieve the headline economy figure. It’s slow, jerky, and makes for an often unpleasant drive. 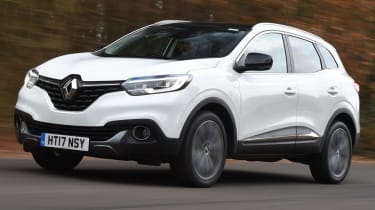 The Renault Kadjar is a stylish crossover that shares a platform with the Nissan Qashqai, however the Renault model beats the Nissan in almost every area. While the potential economy is great, the easy to use infotainment and quality cabin make it appealing family users. 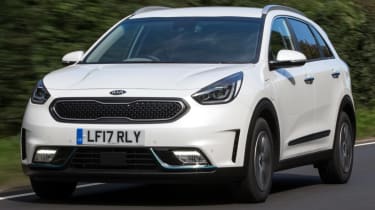 The Kia is a dedicated hybrid model, the first one from the marque. This means that you cannot have a pure petrol or diesel Niro, but that is not necessarily a bad thing. With the potential for massive economy along with a well-equipped and spacious interior the Niro makes a compelling case for itself. 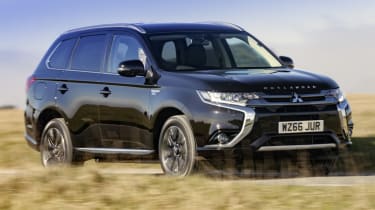 Mitsubishi gave the Outlander PHEV some small updates in 2017, but these failed to change our opinion of the hybrid SUV. It will prove practical and cheap to run for many and interior quality is in line with that you would expect from the Japanese brand. 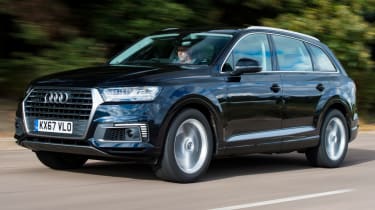 The Audi Q7 e-tron is incredibly relaxing to drive, quiet and wonderfully comfortable. It has a premium of around £10,000 over the regular diesel (which unlike the e-tron can have a third row of seats) but it sure is one of the best plug-in SUVs on sale right now. 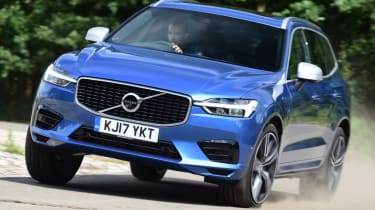 The Volvo XC60 T8 plug-in hybrid offers a beguiling mix of performance and economy: 400bhp and 134.5mpg on the combined cycle is amazing stuff. That being said, partly because of its weight, the economy figures are difficult to match in the real world, but if you plug it in regularly the XC60 will still be one frugal SUV. 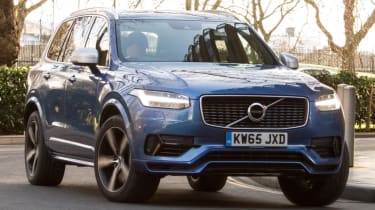 Aside from anything else, the Volvo XC90 T8 plug-in hybrid was an example of Volvo’s technological prowess. The driving experience of the standard XC90 hasn’t been compromised, but as with all the PHEVs on this list, to get anywhere near the claimed economy you will need to make sure that you are plugging it in regularly. 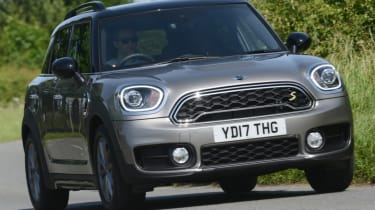 Despite certain motorists still holding reservations about a MINI being anything but mini in proportions, the Countryman plug-in is a great car. The hybrid makes a strong case for itself as it offers very little compromise over the similarly priced petrol car, along with usable electronic range and engaging drive. 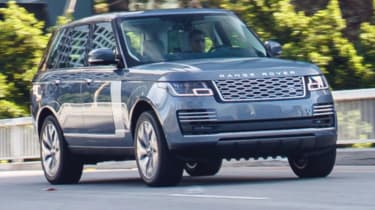 For drivers who mostly use their Range Rover for town driving, the PHEV version of the luxury SUV is the ideal car. It loses none of its upmarket appeal, but makes significant gains in economy – provided of course you plug it in regularly. 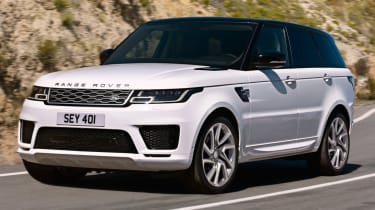 The Range Rover Sport hybrid continues on the themes of its larger sibling mentioned above. Ideal for those who predominantly make shorted trips around town the Sport retains much of its character from the standard car, including its important off-road ability. 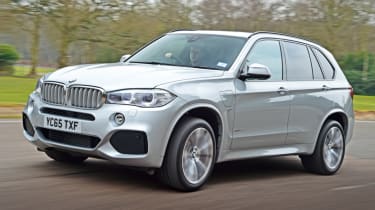 The BMW X5 hybrid has a personality which is brilliant but flawed. The petrol-electric powertrain makes great sense in an SUV as there is ample space to hide batteries. However, the economy falls to nearer 30mpg if you don’t keep it well charged, and the seemingly impressive emissions figures are not so great when you compare them to the Volvo XC90 twin engine. 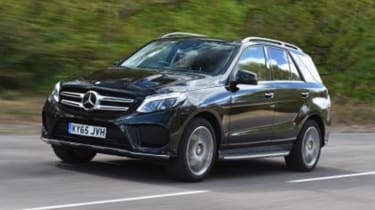 The Mercedes GLE 500e shares its hybrid platform with the S 500e limo, which is no bad thing. The 3.0-litre V6 and electric motor produces 436bhp and that’s more than enough to get the big SUV moving down the road.

Now you know the most economical SUVs on sale, why not shift gear and look at the fastest SUVs on sale?