The CR-V hasn’t undergone quite the same dramatic visual changes as the Civic over the years, but dig a little deeper and the progress is there for all to see. 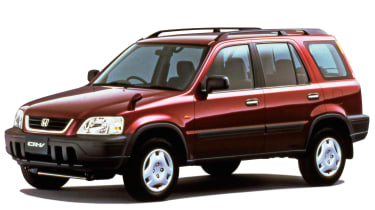 The CR-V hasn’t undergone quite the same dramatic visual changes as the Civic over the years, but dig a little deeper and the progress is there for all to see.

It’s also still one of Honda’s best sellers, with 750,000-plus examples having found homes across Europe since it arrived in 1997.

On the surface, the boxy profile and traditional SUV styling cues appear to have remained over the CR-V’s lifespan. Perhaps the most obvious change it the absence of the original’s black body cladding from the car - thankfully, it has now been replaced by chrome detailing and body-coloured panels.

Peel back the skin, however, and you’ll find far greater advances. Under the bonnet of the first CR-V was a thirsty 144bhp 2.0-litre petrol engine capable of a miserly 28mpg, with CO2 emissions of 229g/km. 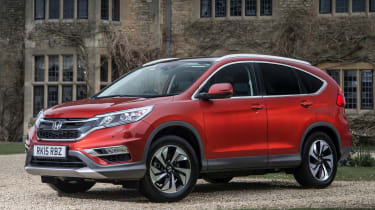 Today, the CR-V has a smaller but more powerful 158bhp 1.6-litre diesel, which claims 64.2mpg and emits 115g/km. Also, the latest model is the first production Honda to come with a nine-speed auto box, compared with the old four-speeder that was offered when the SUV was first launched.

Over four generations, the CR-V has barely changed in size. Only 19mm in length separates the original from the current model, but somehow Honda has managed to make huge steps when it comes to packaging and practicality.

The MK1’s 444-litre boot is trumped by the 587 litres on offer from the latest version, which is an impressive achievement given such a tiny increase in dimensions.