Before the name was revived this year, the last time we saw the HR-V badge on the back of a Honda was in 2006. 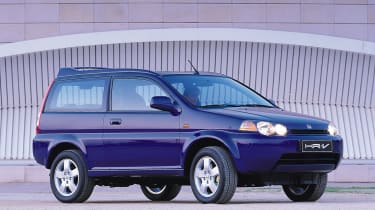 Before the name was revived this year, the last time we saw the HR-V badge on the back of a Honda was in 2006.

The original car was certainly different to anything else on offer at the time, being part-compact SUV and part-estate.

Although it may not have looked like it, 1999’s Mk1 HR-V was based on a supermini called the Honda Logo, and was targeted at image-conscious drivers wanting something a little quirky.

In truth, the car wasn’t a huge success – at the time, the concept of a crossover hadn’t really taken off. 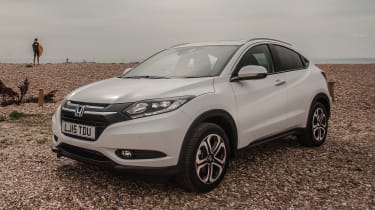 Another flaw was the lack of diesel power, and after seven years of slow sales, the car was axed in 2006. A decade later, the HR-V is back – and in fiercely competitive territory.

The wacky styling has been toned down slightly and the proportions have become more compact. It’s now longer than before, but it’s had 90mm shaved from its roofline to give a more sporting appearance. Practicality has also been hugely improved, with the luggage capacity increasing from 285 litres to 470 litres.

Between the two generations, though, technology is the area where the greatest improvements have been made. Whereas a cassette player and air-conditioning were about as advanced as the first HR-V got, the new model is offered with an abundance of tech such as MirrorLink, Bluetooth, an infotainment touchscreen and sat-nav.