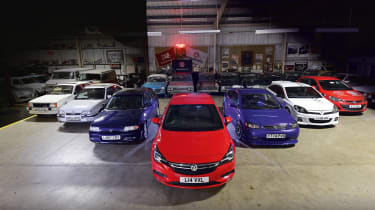 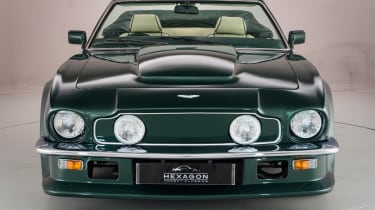 Look at the recipe for the Aston Martin V8 Vantage of 1988 and the Vantage of today and the basic formula is similar: a powerful V8 engine, striking styling and a sleek 2+2 cabin with plenty of luxury. However, these two cars represent decidedly different eras in the manufacturer’s history.

The V8 Vantage was tired by 1988 and as it stepped aside for a new car later, so did boss Victor Gauntlett. That’s just one ownership episode in a tumultuous 105-year history that’s been brought right up to date with the launch of Aston’s latest generation of products under chief executive officer Andy Palmer.

Aston’s new Vantage is a tour de force that shares engine tech from Mercedes-AMG with chassis and set-up know-how from British engineering greats. The latest Vantage is a triumph that proves the marque can still cut it with the world’s best sports car brands, and that it will do so for another century to come. 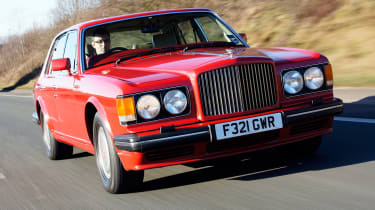 If you wanted an ultra-luxurious model wearing the Bentley badge in 1988 you’d be looking at a Turbo R,  a 6.75-litre turbocharged V8 mammoth of a saloon. Soon, you’ll have the option of a hybrid SUV.

The Bentayga and its hybrid V8 powertrain show that even Bentley, with its super-rich client base, isn’t immune from market trends. It held out, but even this quintessentially British brand had to yield to pressure to build an SUV in its quest for profit.

From the viewpoint of the UK motor industry, this is a great evolution of an iconic brand. Assembled at Bentley’s Crewe Works in Cheshire, it shows how even relatively small firms can adapt and move with the times. Even if Bentley does have the backing and might of the Volkswagen Group behind it, the firm still has to produce high-quality cars. The market is the judge of that, and the reception has been overwhelmingly positive, whether you like the Bentayga’s looks or not. 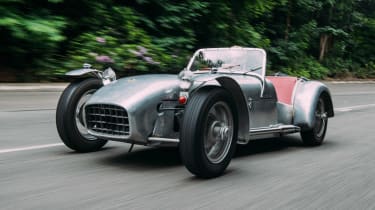 There’s one British firm that bucks the trend here. To say it hasn’t developed would be harsh; to say it hasn’t forgotten its roots entirely accurate. Caterham has been building the Seven since Lotus sold it the rights to the design in 1973, but the car’s pedigree goes back to 1957.

Over the past 61 years, the ethos that puts the focus firmly on the driver as an integral part of the machine and having as much fun as possible hasn’t waivered. That’s because while improvements have been made, the basic recipe is similar: a lightweight design with a rorty engine up front and a manual gearbox.

Power units have ranged from Ford to Vauxhall to Rover engines – and then back to Ford most recently, so the Seven could skip through emissions legislation. There’s even a model with a downsized turbo available.

While the Seven might seem an anachronism in 2018, it represents why we should be as proud of our motor industry’s heritage as much as its future. 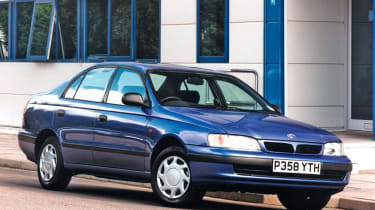 As with Nissan, Toyota isn’t British, but its importance to the UK’s motor industry can’t be underestimated. Its Burnaston plant in Derbyshire was founded in 1989 and has built the Corolla, Carina E, Avensis and Auris over the past 29 years. The latter will soon be replaced by a new Corolla that boasts the hybrid power Toyota has become renowned for over the last decade.

While in 1988 Toyota’s family offering was a Corolla, in 2018 it’s a Prius, a beacon of Toyota’s conviction in its backing of alternatively-fuelled vehicles. It’s a great hybrid that delivers results when it comes to economy for an affordable price. The brand was way ahead of its time, and the new Corolla will encapsulate much of this technology – and be built at Burnaston.

Like its Japanese rival, Toyota is a shining example of why the UK car industry is about more than just British brands, and that manufacturing here is a big issue, too. 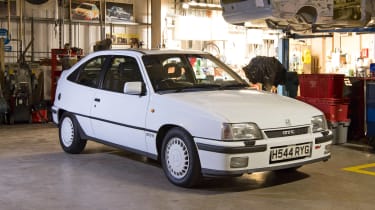 In the 30 years since Auto Express went on sale Vauxhall has produced six different generations of Astra, with the latest model advancing the breed to a position where it’s one of the most technologically-capable family hatchbacks on sale.

But recently the British car maker has changed hands, with ownership being taken on by PSA Peugeot Citroen after US giant General Motors sold Vauxhall and its German sister manufacturer Opel in 2017.

This will have implications: the firm’s OnStar in-car concierge service will be switched off in 2020 and more models will share PSA-sourced tech. Just look at the Crossland X and Grandland X, which are based on the Peugeot 2008 and 3008 respectively.

But Vauxhall, which started making cars in 1903 and has plants in Luton and Ellesmere Port, is stronger than ever with a model line-up that offers a broad range of products, and, importantly, more appealing SUVs that the market currently craves.

Look back over the past 30 years and the journey Vauxhall has taken should give us hope for the marque’s future, providing PSA realises it has a marketable brand on its hands – one for which buyers still have an affinity.