Calculating accurate mpg figures requires precision testing. Here’s the story of how our assessments were carried out 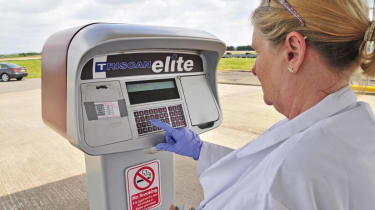 Testing fuel economy requires laboratory conditions – so we chose one of the biggest labs we could find!

Our home for this test was the superb Motor Industry Research Association (MIRA) proving ground near Nuneaton in Warwickshire. Its traffic-free roads allowed us to maintain 100 per cent accuracy during our mileage marathon and city simulation assessments.

For the former trial, the cars were drained of fuel by professionals from Auto Support and Green Flag. We then pushed them to our pump, where we added exactly £20 of diesel to their empty tanks. We based the amount on the average UK price for diesel on the day, which meant each car was given 16.3 litres of fuel.

Then, once we’d zeroed the trip meters, our cars entered MIRA’s horizontal test area. Its two 1.5-mile straights are linked with banked corners at each end, which enabled us to maintain a constant 60mph until the tanks ran dry. The cruise control was activated on the models that featured it, while lights and air-conditioning were also switched on for the duration of the test.

For the sake of safety and to give our drivers the chance to take comfort breaks, each car was allowed to make three stops during its 60mph run. These could be carried out at any time, and after each stop, our team would accelerate gently back up to 60mph.

Our second test simulated urban driving over a 1.5-mile loop, with 30mph and 40mph sections. It also incorporated five stop junctions, where our drivers would have to wait for 10 seconds before moving off.

Each car lapped this circuit for one hour, and although we didn’t record meaningful consumption figures during this part of the test – due to the small amounts of fuel used – it allowed us to judge gear ratios, plus rate the effectiveness of stop-start systems and general driveability. Over the next 13 pages, you can find out how all our contenders fared...