The Cupra Ateca is likely to be as reliable as the SEAT version, with buyers treated to a personalised service 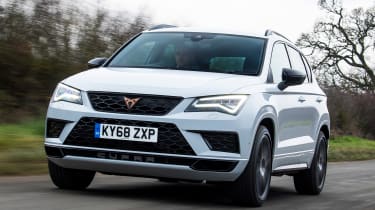 As it uses the same running gear as the SEAT Ateca, the Cupra version is covered by the same five-star Euro NCAP rating that car earned 2016. It scored 93 per cent for adult occupant safety, 84 per cent for child occupants, 71 per cent for pedestrian safety and 60 per cent for safety assist technology.

The car is too new to have appeared in our 2018 Driver Power survey, but the SEAT Ateca finished 37th out of 75 on the list of the best cars to own, with a score of 90.66 per cent. Meanwhile, SEAT was ranked 14th out of 26 in the best manufacturers survey. 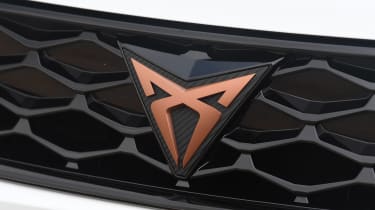 Although it’s badged Cupra, the performance SUV uses tried and tested Volkswagen technology, so we wouldn’t expect it to be any less reliable than the SEAT version. That said, it will be driven with more enthusiasm, so it might chew through serviceable items quicker than the standard cars.

SEAT will create dedicated Cupra areas within 277 specially selected dealerships across Europe, so buyers can expect to receive a bespoke and personalised service.

Cupra offers a two-year/unlimited mileage warranty for the Ateca, and up to three years and 60,000 miles. In common with the SEAT version, this can be extended to four or five years if required.

The Cupra Ateca will be sold via 25 specialist dealers in the UK, all of which will be in place by the end of 2019.

The first three manufacturer scheduled services are included as part of a Cupra Care package, which also offers three years’ European roadside assistance and the replacement of brake pads and wiper blades. This package is included in the list price.