Most reliable small cars to buy 2020

Looking for a reliable small car? Our 2020 Driver Power survey can help… 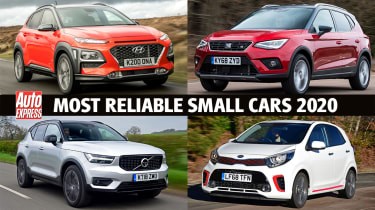 Small cars are often bought in an effort to keep costs down but any plan to save on running costs through good fuel economy and cheap insurance will soon be scuppered if the car is unreliable. What you need for really cost-effective motoring is a reliable small car and we’ve got the 10 most reliable small cars on sale for you right here.

Our Driver Power customer satisfaction survey is where you can tell us all about the car you own - good and bad. Thousands of motorists do so every year and the result is an invaluable resource for anyone looking at buying a car today. The most reliable small cars data is taken from models that are in their first year of ownership and if issues are presenting themselves in the first 12 months it doesn’t bode well for the longer term.

The small cars included are drawn from the city car, supermini, small SUV and small MPV sectors and we’re looking at the scores owners provided for general reliability and build quality as well as details of what kind of faults had occurred. Below you’ll find the top 10 most reliable models in descending order. So for your best chance for worry-free motoring on a tight budget, scroll down the page to find out what is the most reliable small car. 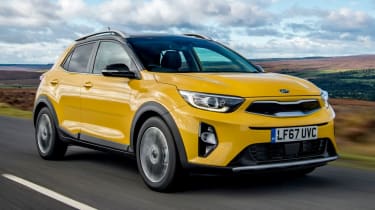 Kia’s little SUV proved a hit with buyers because of its styling and infotainment technology but they also think reliability is out of the top drawer. 14.5% of owners encountered a problem, with electrical faults accounting for a fifth of these, and this helped the car to a reliability score of 94.4%. Build quality is a less impressive 92%, placing the Stonic 38th in that category but it makes the top 10 for reliability and finished 27th in Driver Power 2020 overall. 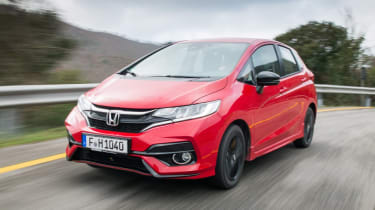 The Honda Jazz is a stalwart of our Driver Power reliability rankings with a number of top 10 finishes to its name over the years. The practical supermini actually gets a mixed bag of scores this year with poor showings for the driving experience in particular but very impressive ratings for running costs and reliability. 94.43% gives the Jazz 9th place in the most reliable small cars list with only 8.6% of owners having a problem of any kind. The Jazz also game 26th for build quality. 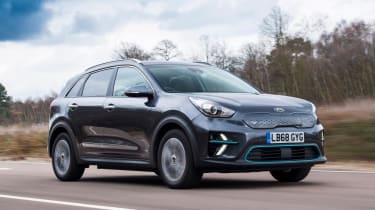 The Kia Niro came fourth overall in Driver Power 2020 so it’s fair to say that owners are impressed with this SUV. It’s one of 5 Korean cars in the top 10 small car reliability rankings as well, with a score of 94.45% ranking it in eighth. 11.9% of owners had a fault and it was electrical problems once again that were most likely to materialise. Owners also placed the Niro in 15th for build quality in the small car section. 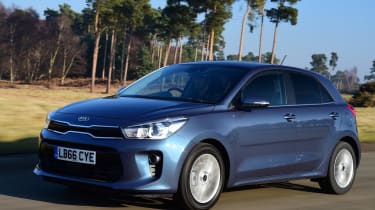 The Rio is Kia’s offering in the supermini segment and it gets 7th place in our most reliable small cars list with a score of 94.47%. 12.8% of owners had problems with their cars and over half of those issues were electrical in nature.

The Rio was also highly rated for its low running costs and infotainment as well as its safety features, but build quality was less of a strong point as the car only managed 40th place in the small car segment. 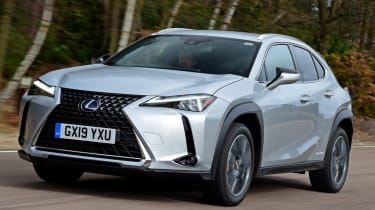 The Lexus UX SUV is a relative newcomer having launched in 2019 but owners are liking its reliability performance so far. Batteries and parking sensors are the main problem areas for the 11.9% of people who had issues and a 94.73% score suggests they weren’t serious faults. Owners were less impressed with the interior space and infotainment in the UX, seeing it finish in 32nd place overall in Driver Power 2020. 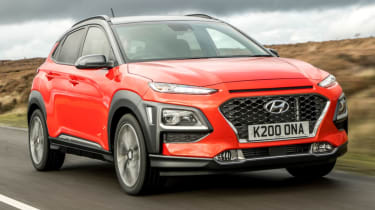 The Hyundai Kona claims fifth place in our most reliable small cars list, ahead of the technologically similar Kia Stonic in 10th place. The little SUV gets one of the lowest fault rates in the entire 2020 Driver Power survey, with only 4.5% of owners having any issue, and a reliability score of 94.75%. Again though, the Kona’s overall results are a mixture of the very good and the pretty bad. The engine, interior and driving dynamics came in for criticism but the safety, running costs and infotainment scores were strong - the Kona came 60th overall in Driver Power 2020. 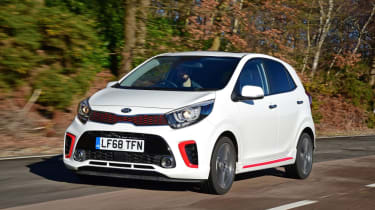 The highest ranking of the four Kias in our top 10 most reliable small cars is also the smallest, the Picanto city car. A score of 94.90% gives it the 4th place spot and only 11.1% of owners experienced problems. The Picanto came 29th in Driver Power as a whole and was highly thought of for its looks and driving experience as well as its reliability and build quality. 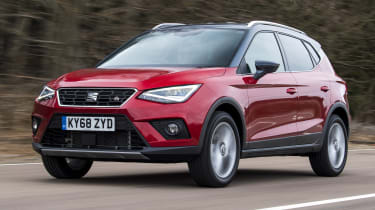 Another small SUV now and the SEAT Arona is the first of only two cars from European brands in our top 10. The Arona, along with its sister cars the Skoda Kamiq and Volkswagen T-Cross, was the first ever VW Group entry in the supermini-based SUV class and it’s got off to a flying start in the eyes of owners. They placed it 22nd in Driver Power 2020 as a whole and it’s the third best small car for reliability with a score of 95.88%. A seat belt recall was the main issue encountered by owners and that pushed the proportion of people who had faults up to 12.3%. 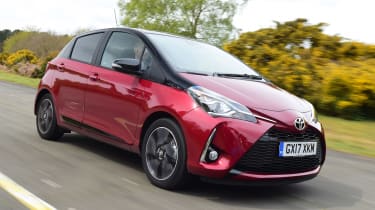 Toyota’s Yaris supermini just misses out on the win in our most reliable small cars top 10. Second place is not to be sniffed at, though, especially from a brand with such a strong record in the Driver Power survey. Owners gave the Yaris a reliability score of over 96% and 92.13% for build quality. Only 5.7% of owners had any kind of problem, one of the lowest scores in the whole of Driver Power 2020. This Yaris has now been replaced by an all new model so Toyota will be looking to go one better in 2021. 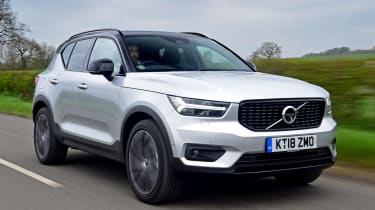 And so to our winner or rather, your winner. The Volvo XC40 is the most reliable new small car to buy in 2020, according to UK car owners. The XC40 is at the larger end of this class but there are no question marks against its shining 98% reliability score that actually makes it the top ranked car for reliability of any size in the whole survey.

Interestingly, a relatively high 15.9% of people did have an issue with the car but these seem to have been minor electrical faults that didn’t dent the XC40’s overall score. The car also finished in 14th place in Driver Power 2020 overall, underlining its strength across the board.

The most reliable small cars top 20

Below you’ll find the complete top 20 list for the most reliable small cars in Driver Power 2020...

Driver Power is the UK’s number one car customer satisfaction survey and in 2020 it was bigger and better than ever.
New Ford Puma 1.0 EcoBoost ST-Line Vignale review 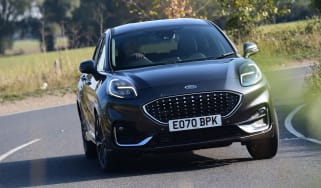 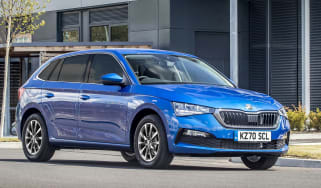 The fleet-focussed Skoda Scala SE Technology gets a couple of new powertrain options, which have slashed its starting price to £18,625