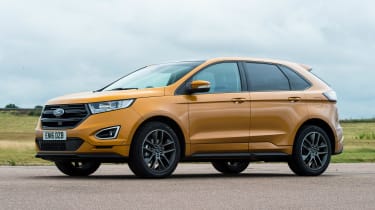 When we ran an Edge on our fleet, we were impressed by its ability to despatch motorway miles with four or five people aboard, but it was clear that this was a car designed first and foremost with US buyers in mind. The Edge’s generous proportions mean parking in a standard space is tricky, while on twisty roads it’s disappointing dynamically; we have come to expect much better from Ford. Unsurprisingly, value is a strong suit with the Edge; just don’t pay over the odds for a car with lots of options, because tech such as the Lane-Keeping Aid and inflatable rear seatbelts can create more problems than it solves.

If ever there were a car maker that gave buyers what they wanted, it’s Ford. For more than a century it has offered saloons, MPVs, coupes and hatchbacks that hit the spot with wide ranges and keen prices. So when SUVs became fashionable, Ford was there with the Kuga, then later the EcoSport and Edge.

The latter is the biggest SUV the company has offered so far in the UK and, considering its size, it’s a shame there’s no seven-seat Edge. But with only five people to accommodate, the car is spacious and looks sharp. How does the rest of the package stack up? 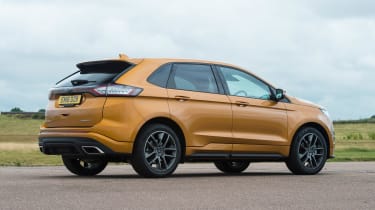 Initially available in Zetec, Titanium and Sport trims, the Edge was offered in top Vignale spec from 2016, bringing hi-tech features and posher materials.

You don’t have many choices to make because there’s just one engine. While there’s a selection of power outputs, your decision will more likely be influenced by whether you want a manual or automatic transmission. 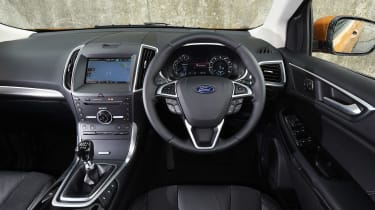 Alternatives to the Ford Edge

In terms of size and cost, the Edge’s closest rivals are the Kia Sorento and Hyundai Santa Fe. Both offer a lot of car for your money, with seven seats, long warranties and strong reliability.

Other big five-seat SUVs to consider include the Volkswagen Touareg, Audi Q5, Mercedes GLC and BMW X3, but you’ll pay more for all of these models, especially the latter two. However, we’d say that they’re all more accomplished than the Ford, so if you can find the extra money it’s worth spending it.

The same goes for the Land Rover Discovery Sport, which comes with five or seven seats depending on trim level. 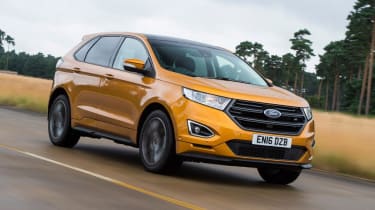 Condensation can form in the rear light clusters. This is a design feature and is covered in the manual.

Check how much tread is left on each tyre. Good replacement rubber costs £200 to £250 a corner.

Problems with the media system include radio, phone and navigation glitches; software updates can help. 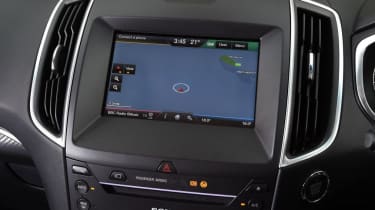 The lack of a third row of seats ensures plenty of space for five people. The Edge offers one of the roomiest cabins in its class. It also has a big boot, capable of stowing 602 litres with the seats up or 1,847 litres when they’re folded. With lots of cubbyholes, comfortable, supportive seats and a clear dash, the interior is an appealing place.

A service is required every two years or 18,000 miles, with prices depending on who maintains your Edge. A minor check costs £155-£272 according to the dealer’s location, while a major service ranges from £211-£299.

The 2.0 TDCi engine features a cambelt, which should be replaced every 10 years or 125,000 miles (the work costs around £450). Few of these cars have covered more than 20,000 miles, however, and the oldest examples have yet to celebrate their third birthday. 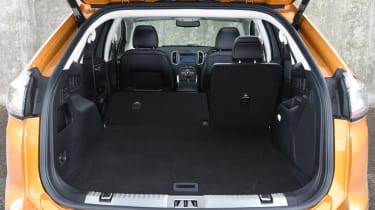 The Ford Edge has been recalled just once so far, with the campaign being started in June 2016. It affected cars fitted with adaptive LED headlights, which could switch off because of a problem with their controlling software. Edges built up to February 2016 were potentially affected, but the fix was straightforward: the car’s ECU was updated with some fresh software.

The Edge has yet to appear in a new or used Driver Power survey, but if the owner reviews on carbuyer.co.uk are anything to go by, this is one very talented car. Drivers are keen on the value that the Edge offers, plus the driving experience, spacious cabin, comfort levels and reliability, with seemingly no downsides reported.