The CLS is pretty economical for such a large and luxurious car, but insurance premiums are high 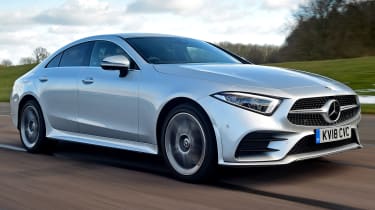 The third-generation Mercedes CLS features the firm’s latest and greatest six-cylinder engines. While every new Audi A7 features 48v mild-hybrid tech, the entry-level CLS 350 d and 400 d feature no form of electrification. Despite this, they should be relatively affordable to run – with both managing close to 50mpg.

The CLS 450 petrol model uses a new 3.0-litre in-line six-cylinder engine with EQ boost technology. This uses an Audi-style 48-volt starter generator and lithium-ion battery to boost power by up to 22bhp for short periods of time. It’ll do 36.2mpg, while emitting 184g/km of CO2. 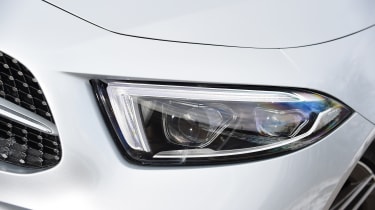 An AMG CLS 53 model tops the range for the time being, and by using the same 48v tech will return 32.5mpg and 200g/km of CO2. A nine-speed transmission is standard across the range.

Insurance groups for the latest Mercedes CLS haven’t been announced yet, but due to its desirability, long kit lists and high prices, we expect the new car to command large annual premiums. For reference, the old Mercedes CLS 350 d AMG Line sat in group 48 – just two groups from the top.

The Mercedes CLS has always been a desirable car, but its high list prices mean you’ll suffer heavy depreciation when it’s time to sell. While it’s better than the old car (residual values ranged from 32 to 35 per cent), no new CLS retains more than 44 per cent of its value after three years or 36,000 miles.

The strongest performer is the CLS 400 d AMG Line (43.7 per cent), while the worst is the CLS 450 AMG Line with the Premium Plus pack fitted (39 per cent). The popular 350 d sits somewhere in between the two.

The all-new Audi A7 is no better, however, as all versions are expected to retain between 38 and 39 per cent of their value over the same timeframe.