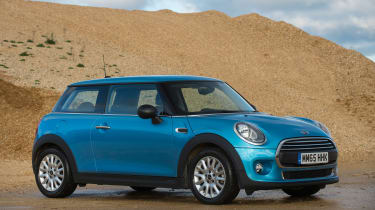 When the original Mini arrived in 1959, nobody could have foreseen what a phenomenon it would become. More than 40 years later, BMW introduced an all-new MINI for the 21st century and pulled off a major coup, with the car proving to be a massive success.

Since the first cars were launched in 2001, BMW has used every trick to exploit the Mini heritage, with special editions, sporty models and, for the first time ever with the Mk3, a five-door hatchback.

Some reckon the third-generation BMW MINI doesn’t look as desirable as previous versions, but there’s no denying that it represents a big advance over its predecessors in pretty much every way. 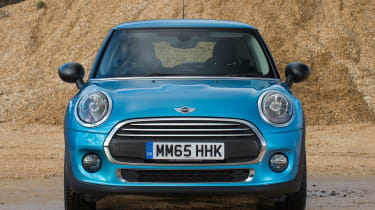 In September 2014 the range gained five-door (F55) and Cooper SD options, the latter featuring a 170bhp 2.0-litre turbodiesel engine. The 228bhp John Cooper Works (JCW) appeared in spring 2015 and was the most powerful MINI yet. In July 2017 the instrumentation was improved on all models.

All engines were hooked up to a six-speed manual gearbox as standard, with a six-speed auto optional; from December 2017 a seven-speed dual-clutch box was also offered. From last month, this became the standard automatic option. The manuals work well, the autos are fine but not quite as slick, while the dual-clutch is great. 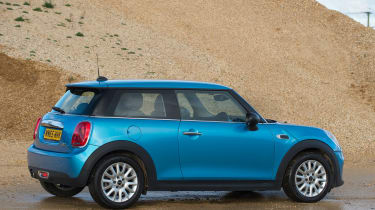 Air-con had to be specified at the time of ordering as a no-cost option on the One/One D and Cooper/Cooper D models, so check it’s fitted. The One is spartan, so we’d go for at least a Cooper.

Pin down what options or option packs are included on any potential purchase; the list is extensive. The Pepper and Chili packs bring different features depending on the trim level.

Alternatives to the MINI Mk3

Perhaps the MINI’s closest rival is the Audi A1, another premium small hatch that comes in three or five-door forms. It’s beautifully built and packs some excellent engines. But the German model’s design both inside and out is very sober compared with the MINI.

The Fiat 500 still looks desirable even though it’s 10 years old, but it’s best viewed as a 2+2 thanks to its cramped rear seats. Also getting on is the DS 3, but it’s still desirable with its sharp looks, tough engines and relatively keen prices. The Ford Fiesta is a less exclusive choice, but it’s better value, more fun to drive, roomier and cheaper to run. 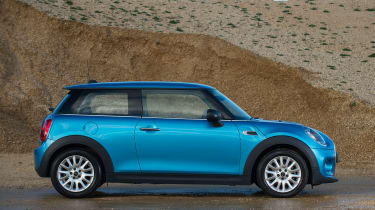 Check the fit of the door on the B-pillar. A few owners have found that the rubber wears away the paint on the bodywork.

On manual cars, clutches can play up. Sometimes it’s caused by the hydraulics, other times it’s the pedal return spring.

Some owners report their car jumps out of gear; usually first at low speed. Adjusting the linkage can fix things.

Smartphones can struggle to connect, or disconnect mid-call. In most cases, a software update will resolve any issues.

The cabin is a MINI highlight, with its low-set driving position, excellent ergonomics and distinctive design. All of the seats are comfortable, but there are just two in the back and space here is tight thanks to limited legroom. Boot capacity is also poor at just 211 litres; even with the rear seats folded this increases to only 731 litres.

The MINI has condition-based servicing (CBS), so only the parts that need to be replaced are fitted and there’s no set schedule for when some components are renewed. CBS monitors the oil, brake fluid and brake pads, and flags up when work is needed.

Cars with the tlc package have maintenence covered for the first five years or 50,000 miles (three years or 36,000 miles from January 2017). Otherwise you’ll pay £185 for a minor check and £285 for a major one. All engines are chain-driven, so there are no cambelts.

The MINI Mk3 has been recalled twice so far. The first campaign was in October 2014 because examples built up to then could suffer from the spare wheel falling away from the underside of the vehicle.

A second action came a month later, affecting cars made between August and October 2014. It was issued due to the possibility of excess movement in the front seat backrests; the seat could even collapse. 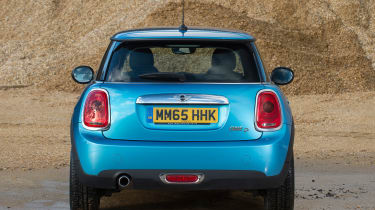 A ranking of 44th out of 75 cars in our Driver Power 2017 new car satisfaction survey is reasonable, and the MINI came a strong fourth for running costs. Owners rated infotainment, reliability, build quality, plus exterior fit and finish highly, but didn’t like the engine, gearbox and practicality.

In 2016 the MINI was crowned Best Premium Small Car at our New Car Awards for the third time in a row. It was our overall Car of the Year in 2014.

When it won we said: “The MINI hatch is the perfect Car of the Year – it’s a small car that’s big on talent.We love the way it drives, the quality, the efficiency and the big car tech on board. It’s also built brilliantly in Britain – a car the UK can be proud of.”

Then and now, the MINI is up against some stiff competition, but we reckon that none of its rivals can match the ever-popular model’s cheeky looks, efficient engines, engaging dynamics and low running costs.