Building the 3008: inside Peugeot's Sochaux plant

How did Peugeot's Sochaux factory gear up for the 3008 production run? 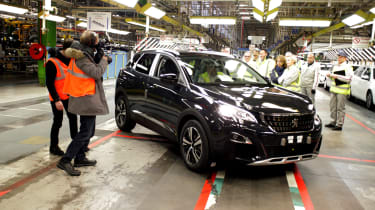 Before any big new car reveal, it takes an army of engineers and designers years of hard work to prepare a car for the public. The all-new 3008 is no different, and as one of the most important new Peugeots in the company’s history, the pressure was on to get it right.

The champagne corks popped at the Paris Motor Show back in September, but work on the 3008 started long before that. While the finished article will appear in showrooms in the next few weeks, it was almost 12 months ago that we watched the very first cars roll down the line at Peugeot’s production facility in Sochaux, France.

Built in 1912, this is the oldest car factoryin the world. Since it opened, more than 20 million models have rolled through its gates, with the company churning out nearly 1,800 cars per day. 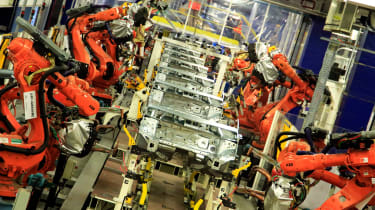 Despite the cutting-edge tech that has gone into the 3008, surprisingly little has changed within the factory to accommodate production of the new SUV. In fact, it’s even built on the same final assembly line as the outgoing car.

To ensure that Peugeot perfects every model it makes, a small number of prototypes are manufactured in workshops before assembly moves to the production line. This gives technicians and engineers plenty of time to fine tune the details before manufacturing ramps up.

Back in February 2016, we headed to Sochaux to watch the very first car leave the facility. Only seven cars were produced that day, in contrast to the 600 Peugeot hopes will roll off the line every 24 hours when production hits full scale. Frank Michel, director for the new 3008 project, told us: “We have a strategy to present groups of cars to the quality team to decide if they are ready. After several groups are accepted, we start to increase production.

“The pre-production cars are all made with series tools so they are different from the prototypes, which are usually made in a workshop. We are able to make modifications to some parts and they will be sold as second-hand cars later. This represents about 100 cars.”

One of the main difficulties with producing the new 3008, Michel told us, is getting the workforce up to speed on the new construction techniques. Training begins with theory-based workshops, but the practical side takes place on the live production line. The big issue is that any mistakes or delays could disturb or even halt production elsewhere in the factory – which also builds the Peugeot 308 hatch and SW and seven-seat 5008, as well as the premium DS 5.

One of the new construction techniques on the 3008 is the use of laser welding, for which the brand had to develop a bespoke line. This technique makes the structure of the car stronger, and means Peugeot doesn’t have to use unsightly black plastic to hide spot-welding points. On the downside, the process adds cost to the finished product, but a huge improvement in quality meant bosses deemed it worthwhile. 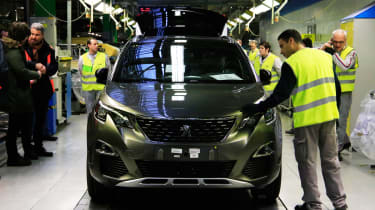 Another big change for the 3008 was the new painting process – specifically for the black finish on the roof. It may sound like a simple job, but for it to be possible, Peugeot had to close the paintshop for two weeks in 2015 to construct a separate line to achieve this look.

And that’s just one part of the whole manufacturing process. In all, it takes an army of 24 robots and eight hours to make every single new 3008 ready for the showroom.