Could the mid-range four-wheel drive Porsche 911 Carrera 4S be the pick of the bunch? We drive it on UK roads 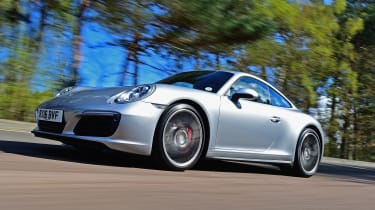 The new Carrera 4S could well be the sweet spot in the reworked Porsche 911 range. Its explosive performance, searing soundtrack and exceptional usability are what really stand out against its stablemates. Such is the variety within the 911 line-up, there’ll undoubtedly be a combination to suit all tastes – but the 4S proves you needn’t venture too far up the model range in order to find a cracker.

If you’re in the market for a new Porsche 911, one thing you won’t be short on is choice. In total there are 16 models to select from; some are coupés, others convertibles, while a handful come with four-wheel drive. But what we have here, the 911 Carrera 4S, makes a case for itself as being the pick of the bunch.

It costs from £90,843, which in terms of price puts it in the lower to middle tier. As with every standard 911, it now comes with a 3.0-litre twin-turbo flat-six which, in this S guise, produces 414bhp and 500Nm of torque. It’s a dramatic change from the old 3.8-litre naturally aspirated engine, but any concerns quickly dissipate after the briefest of encounters. 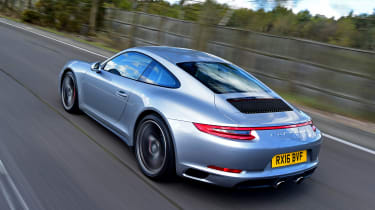 It fires up with the same bassy idle as before, but plant your foot, and the revs and volume rise with real ferocity. There’s a faint trace of hesitation from the engine below 2,000rpm, yet beyond that it pulls with real force all the way up to 7,500rpm. There’s no getting away from the fact that the motor has lost the ferocious top-end crescendo, but ultimately the extra shove lower down in the rev range, along with the extra flexibility it brings, only strengthens the car’s appeal.

A huge part of the 911’s engagement also comes from the standard seven-speed manual gearbox. Its short, weighty throw has to make it one of the slickest out there, and while the impressive PDK automatic box is a £2,388 option, it’s definitely worth putting that extra cash towards the optional sports exhaust system instead.

The harder you push the 911, the better it gets. It’s such a finely balanced car already, and the addition of four-wheel drive not only delivers unflappable traction but also allows you to really deploy all of the performance whatever the conditions; 0-62mph in 4.2 seconds feels entirely achievable. 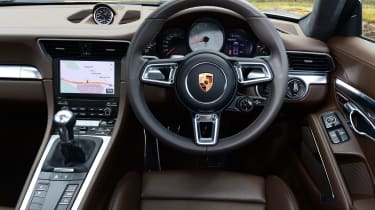 It’s backed up by steering that has a lovely, oily precision, letting you place the 911 just where you want it on the road. But even with huge reserves of torque, a boot of throttle mid-corner does little to upset the car’s balance; the 911 hooks up and slingshots you round with alarming pace and precision.

Perhaps, then, you’d expect the trade-off to be an unbearably firm ride, but you’d be wrong. It’s supple and forgiving enough, yet body control is virtually faultless. There’s a tangible depth of engineering in the 911 that you simply don’t get in other sports cars. 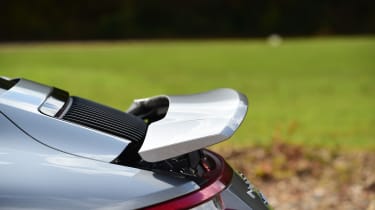 One thing that made the previous 911 a pain to live with day-to-day was its clunky and dated infotainment system. Thankfully, the new version is slicker, brighter and much more intuitive. It now comes with Apple CarPlay, which projects all of your iPhone’s functions on to the central display.

The Porsche remains remarkably practical for a 414bhp sports car. The two rear seats are big enough for small children – just – and while the 125-litre storage area under the nose sounds small, it’s sufficiently deep and spacious for a couple of overnight bags.