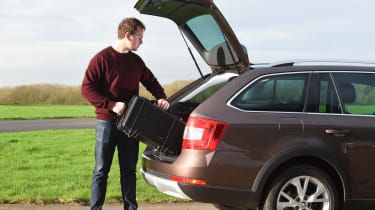 If you're put off by the idea of an SUV, then the Octavia Scout is an excellent alternative. It has bags of room for passengers and luggage, running costs are reasonable, and it's a comfortable car to drive over long distances. We'll miss the Scout, because it really is a great all-rounder.

As I’m approaching the ripe old age of 30, I’ve found recently that my taste in cars has changed. Whereas before I was attracted by flared wheelarches wrapped around big wheels, and spoilers so large that you could comfortably seat a family of five around them for dinner, they now seem to be less appealing.

Instead, it’s the smaller, simpler functions and facets of a car that jump out at me, and it’s these minor differences that can make or break the relationship I have with whichever model I happen to be running. My latest ride is our Skoda Octavia Scout, and having swapped from the virtually identical SEAT Leon X-Perience estate, it’s no surprise that it’s the little things that mark these two models out. 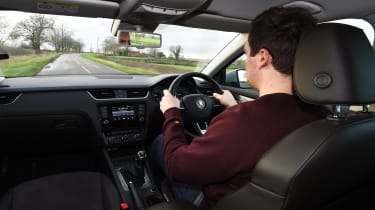 Last spring, we put the X-Perience and Scout head-to-head in a twin test, where the SEAT came out on top. But after living with both for a longer period, I’ve found the Skoda is more in tune with my needs.

While the Scout is marginally more expensive but with slightly less kit, its comfort and big boot give it an advantage in my book. Unlike the SEAT, I can load all of my camera gear under the Skoda’s load cover without it touching it. Our car’s optional £75 double-sided rubber boot mat also means stuff doesn’t slide around, and it’s easy to keep the load area clean, too.

That comfort is really apparent when the Scout is cruising on the motorway. I travel across the country on a daily basis, and the Scout’s smaller wheels compared with the SEAT’s really do take the edge off bumps. Colleagues have found that the Scout is a perfect high-speed cruiser, too, and there’s not much of the motorway network the Skoda hasn’t covered on its journeys around the UK.

As it continued to rack up the miles, the dashboard flashed up a service warning indicator, so we had it booked into dealer Prestons Garages, Chelmsford, Essex to get it checked over. As well as a clean bill of health, the final bill of £133 proved equally satisfying thanks to its great value. 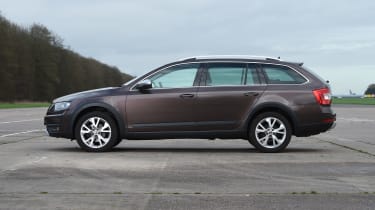 Since then, the Scout has racked up even more miles as its time with Auto Express has drawn to a close. While the lack of snow this winter has ensured we haven’t needed to test the limits of its four-wheel-drive ability, the odd icy morning and lots of wet roads mean we’ve appreciated the added security the system offers.

In some ways, this Scout estate is the perfect flagship for the Octavia range. Its rugged looks and extra equipment mean that it offers something different to the low-profile tyres and bodykit offered by the hot vRS version, and for me, that arguably makes it all the more appealing.

I’ve always been a bit sceptical about crossover versions of regular cars. Whether it’s upmarket models like the Audi A6 Allroad, or budget versions, such as the Dacia Sandero Stepway, they seem to me like they’re trying too hard, and the most off-roading they’ll ever do is tackling a high kerb or a grassy field.

What’s more, the plastic body cladding, raised ride height and four-wheel drive, where it’s offered, mean they command a premium over the standard models they’re based on, and usually have higher running costs, too.

Well, now it’s time to find out if there’s more to these cars than meets the eye, as I’ve taken charge of the Skoda Octavia Scout that has joined our fleet.

As it’s based on one of our favourite estates, the Scout is off to a good start, and the black plastic wheelarch trim and silver skid plates, roof rails and wing mirrors nicely complement the Octavia’s straight-edged design. 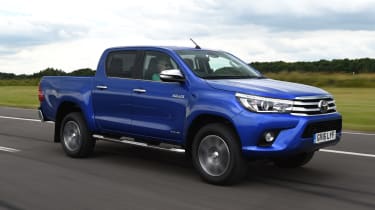 In some ways, I think the Scout makes more sense as the flagship of the Octavia range than the hot vRS model – it’s grown-up and refined compared to the wild child turbo model.

And as it turns out, the 33mm raised ride height of the Scout is probably a more effective addition to the Octavia than the lowered sports suspension you get on the vRS. The extra height means there’s room for longer-travel suspension at each corner, and that ensures the Scout has a pretty comfortable ride, especially in town. 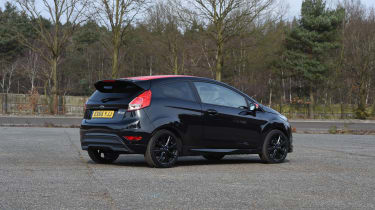 Speed bumps and potholes are dealt with easily, yet the Scout still handles as an Octavia should, with light, direct steering and sharp responses, albeit with a bit of extra body roll. However, this is more controlled than with most SUVs, which is a definite bonus of the crossover estate.

And the Scout’s talents don’t end there, as its motorway manners are first-class, too. The suspension soaks up all but the harshest bumps, while the plush cabin and quiet diesel engine help it to be a great cruiser. 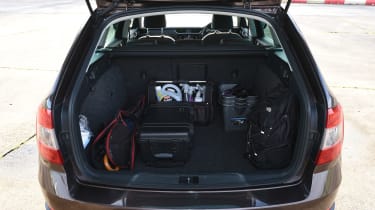 One minor niggle is that adaptive cruise control is a £765 option – it’s standard on the top-spec Laurin & Klement version of the Octavia Estate, and it’s one luxury that I think would make the Scout even better.

That’s about the only issue I have with the Scout’s kit list, and is more than made up for by the standard Amundsen sat-nav. It’s really simple to enter new destinations, and the mapping is clear. It also incorporates Bluetooth, DAB radio and an iPod connection, so I have plenty of options when it comes to listening to music on the excellent stereo. 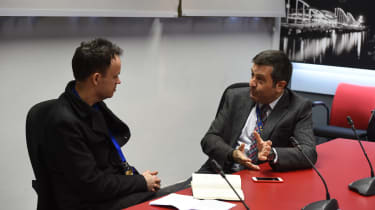 Another standard feature is the vast 610-litre boot (although our car’s optional space saver reduces capacity by 20 litres), and the one in the Scout has taken everything I’ve thrown at it so far.

Our car also features a handy double-sided floor (a £75 option) which means there’s a wipe-clean surface that can handle dirty loads. And while the brown leather and Alcantara interior trim doesn’t really appeal to me, it’s proved to be hard-wearing and easy to clean. 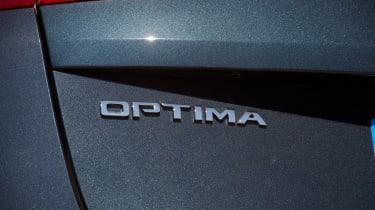 So far, the Octavia Scout is convincing me that this type of model really works. Fuel economy of 45mpg is respectable, albeit 10mpg short of Skoda’s claimed figure, and it’s a price I’m happy to pay for a comfortable and urban-friendly family car.