The battery is a crucial part of your electric car and an expensive one. Here's everything you need to know about how long it will last... 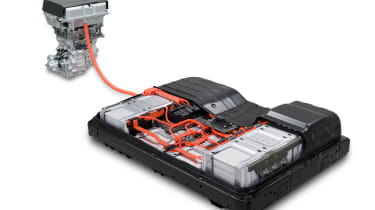 Petrol and diesel cars come with many parts that wear out, and electric cars are the same: the batteries degrade. Because the battery in an electric car is such an expensive component and so important to the operation of the car, the idea of batteries losing power and holding less charge can get electric car owners worried.

There's no need to be unduly concerned about the battery in your electric car wearing out, however. Below we look at the facts on electric car durability, battery care and what happens if a replacement battery is needed.

The most common type of electric car battery is a lithium-ion one, like the batteries in smartphones and computers. And, as with all batteries, these have a finite lifespan. Capacity is lost with every full charge and, in a car, this means the range decreases. However, you’ll have to do a lot of miles before you’ll see a significant drop in battery performance.

Batteries suffer if exposed to very cold or very hot temperatures, or if the battery’s own temperature rises. Overcharging is stopped by software, but ‘deep discharge’ – using the battery’s maximum capacity repeatedly – is still a concern.

What happens when the battery degrades?

If you leased the battery under a separate agreement (paying an additional monthly fee), the battery will be replaced or repaired free of charge if it’s found to have degraded.

If you own the whole car, and it’s out of warranty, all you can do is buy a new battery. This will cost several thousand pounds, but it shouldn’t be a big concern since you’re likely to get over 100,000 miles from the car – many will be looking for a new one by then.

What happens to the battery after it’s been replaced?

Even with the battery’s capacity below 70 per cent of the original, it has plenty of life left. So, makers are converting them for domestic use, when they can store energy generated from solar panels.

How do electric car and battery warranties work?

The good news is that electric cars have the same warranty cover as petrol and diesel models and occasionally a bit more.

In fact, many makers have two policies. The vehicle warranty covers things like manufacturer defects, but the component warranty often includes the electric motors, cables, inverter and charge connectors.

Every battery degrades, but if its performance falls below a certain level – usually 70-75 per cent of the original – makers repair or replace it.

In a word, yes. Warrantywise was the first provider to cover electric cars and others have since followed suit.