Vauxhall Adam Energised adds a host of kit, but is limited by 1.2-litre non-turbo petrol engine 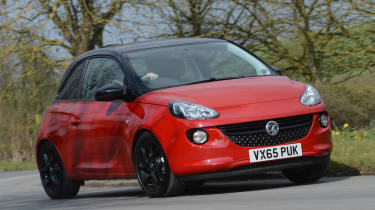 The Vauxhall Adam is a funky and colourful city car, but it remains a style-over-substance purchase – especially in Energised spec. It’ll suit those bewildered by the array of options, but it’s disappointing that Vauxhall restricts you to the weak and inefficient 1.2-litre engine. It’s not cheap, either, so unless you’re reliant on low insurance premiums we’d opt for the excellent 1.0-litre turbo instead.

Choice is a luxury that new car buyers have in abundance nowadays. More brands are offering an ever-swelling number of personalisation options with new models, creating a dizzying amount of colour and trim combinations.

But somebody at Vauxhall clearly had their head in a spin with all this choice, so to simplify things somewhat, the brand has launched this – the Adam Energised.

Essentially, Vauxhall has taken the customisation out of your hands, providing an out-of-the-box city car with some of the most popular options thrown in as standard. 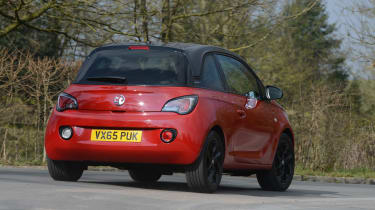 Based on the Adam Jam, the Energised adds 17-inch gloss black alloy wheels, a black roof and black exterior detailing. You also get LED daytime running lights and LED tail-lights thrown in the mix. Inside, you’ll find part-leather seats, sports pedals and the Intelliink infotainment system, for which Vauxhall asks an extra £1,845 on top of the normal car. There are no other boxes to tick other than the optional OnStar system, while there is a choice of five colours and just one engine.

That engine hints at the young city-dweller market Vauxhall is aiming this special Adam at. Buyers will make do with the 1.2-litre non-turbo petrol, producing a mere 69bhp. That lowly power output helps justify similarly lowly insurance (group three), but doesn’t do the car any favours in the way it drives.

There’s little in the way of outright performance, and 0-62mph takes a yawn-inducing 14.9 seconds. It’s nippy enough around town, but to make progress on busy motorways requires patience and plenty of revs. It’s quite noisy at high speeds, too, while a claimed average of 53.3mpg is far from class leading in a segment famed for low running costs. For comparison, the least powerful VW up! gets from 0-62mph half a second quicker, yet claims 63mpg. 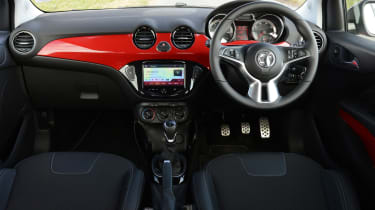 The Adam is also hamstrung with a notchy five-speed manual gearbox, and the lifeless steering means this is a world away from a MINI in terms of driver appeal. The ride is at least smoother in Energised spec than the stiff sports suspension in top models, but the bigger alloys still transmit a fair amount of road noise into the cabin.

It’s a shame, actually, because on the surface there’s plenty to like about the Adam. It’s a good looking small car, and has a high-quality interior that a Fiat 500 could only dream of. Equipment levels are decent, although passengers aren’t very well catered for and the 170-litre boot isn’t up to much more than a small shopping trip. It’s adequate enough given the target market, though, and is a result of the Adam’s pleasingly diminutive dimensions.