If you’re looking for a stylish, practical and good value supermini, there should be a Vauxhall Corsa in the extensive lineup to suit

The Corsa is Vauxhall’s ever-popular supermini, having consistently placed among the top five best selling cars in the UK for over a decade and a half. And it’s with good reason too: while the latest model isn’t particularly groundbreaking in any area, as an overall package it’s very good indeed and has enough quality to take on the class leaders.

The current generation arrived in 2014 and feels its age next to more modern rivals like the VW Polo and Ford Fiesta but this also means there are lots of great deals to be had.

For the best part of 20 years, the Vauxhall Corsa has been not just one of the top-selling superminis in the UK, but one of the best-selling cars, full stop. This is the fourth generation of the Corsa and, as it has done for its whole life, it competes with the Ford Fiesta at the top of the sales charts.

However, times have changed since it first appeared, and there’s an ever-growing list of cars looking to tempt potential buyers away from the Corsa. There are other long-established names like the Renault Clio, Nissan Micra and Volkswagen Polo, but the SEAT Ibiza and Skoda Fabia are now very credible challengers, too.

What the Corsa does offer is choice – although there’s so much choice that it can be a little bewildering.

First off, there's a simple choice between two body styles: the three-door hatchback is the sportier-looking one, whereas the five-door is the more practical of the pair.

An engine range that was once sprawling has been chopped down to just a handful of 1.4-litre petrols – two power outputs and a choice of manual or automatic gearboxes are offered. 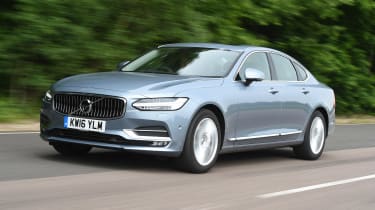