Eco-focused superminis are common now, but even in the late noughties that wasn’t the case 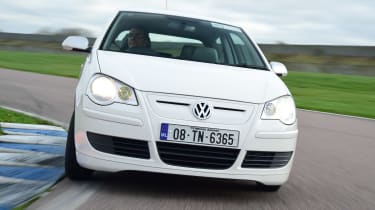 Eco-focused superminis are common now, but even in the late noughties that wasn’t the case. The Mk4 VW Polo was the first model to wear the BlueMotion badge, and had a 1.4 three-cylinder TDI engine optimised for efficiency, plus a host of changes to cut the car’s already low costs.

Lightweight wheels and low-rolling-resistance tyres, a more aerodynamic grille and longer gear ratios all helped keep CO2 down to 99g/km, which means it’s still free to tax today, nearly a decade on. 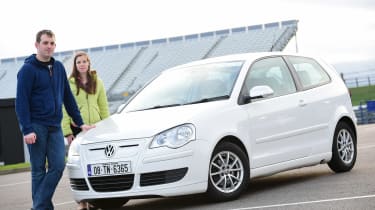 The 79bhp TDI featured belongs to Derek O’Donoghue and his girlfriend Laura Keane. It has a variable-geometry turbo – similar to the Porsche 911 Turbo of the time – so there’s more torque available lower down, which means you have to rev the engine less so use less fuel. While 0-62mph takes a lengthy 12.8 seconds, the BlueMotion is about numbers of a different kind, with returns of 72mpg. The engine clatters from cold, although at speed the Polo is more refined, thanks to low cruising revs – even with a five-speed gearbox.

However, the real pleasure is watching the fuel needle taking its time to fall, as the car ekes out its 45 litres of diesel over around 700 miles.