There are eight new Audi SUVs on the way by the end of the decade, we reveal which models are arriving and when 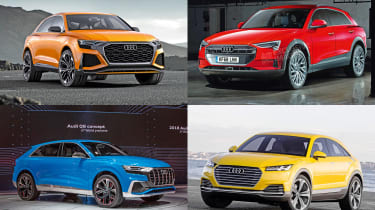 SUVs are big business these days and one brand that is arguably embracing the rapidly growing sector more than any other is Audi.

Over the next two years the German manufacturer is planning to launch eight new premium SUVs, from performance variants to a new luxury flagship. Plus, for the first time Audi will also launch an all-electric model.

Below we’ve rounded up a list of all the new Audi 4x4s set to arrive before the end of the decade, revealing the design directions they're likely to take in our exclusive images and when they're due to be released. Click the links for the full story on each of these new SUV models.

Replacing the ageing Q3 is Audi’s first priority. The new car, previewed in our exclusive image (above), will get a new platform, fresh engines and an overhauled cabin. 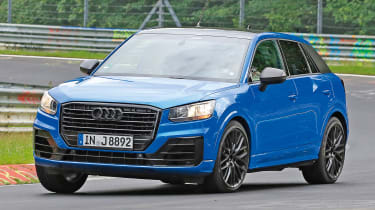 Audi will introduce a hot Q2 later this year. Our spies have seen it on test and it’ll offer around 250bhp, use all-wheel drive and feature a sportier chassis set-up. 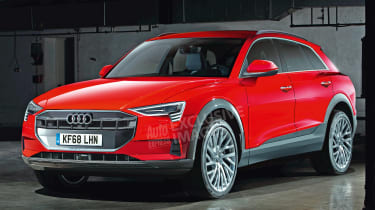 Our exclusive image shows how the all-electric e-tron will look when it arrives this year in production form. Audi is looking for a 311-mile range from its SUV rival to the Tesla Model X and forthcoming Jaguar I-Pace. 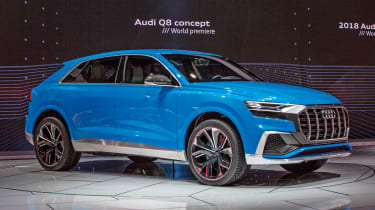 Topping Audi’s SUV range will be the new Q8, a luxury 4x4 rivalling the likes of the Range Rover. Sleek looks and hybrid tech will feature. 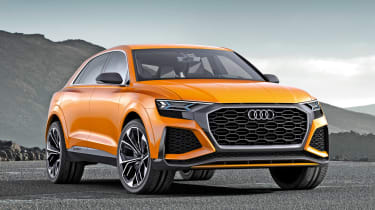 Hot on the heels of the Q8 will be a sportier SQ8. Sources suggest the car could move to plug-in hybrid tech instead of using the 4.0-litre V8 diesel from the SQ7, as first thought. 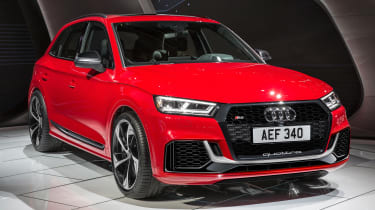 The mid-size Q5 SUV will get the RS treatment, as our exclusive image (above) previews, and is set to use the RS 5’s 444bhp 2.9-litre V6 for Porsche Macan Turbo-rivalling performance. 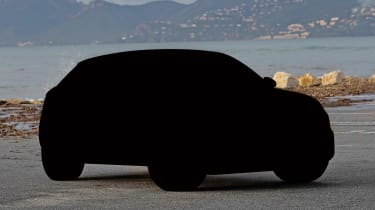 Following on from the RS Q5 will be the smaller RS Q3. It’ll use the latest version of Audi’s five-cylinder turbo motor, as seen in the RS 3. 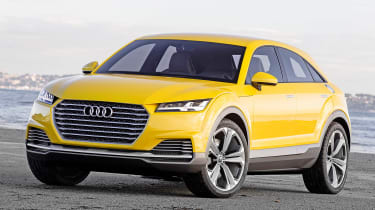 Audi’s SUV blitz will be rounded off by the Q4, a rakish new coupe-SUV that’s based on the Q3 and designed as a rival for the BMW X4.

Which new Audi SUV are you most looking forward to seeing? Let us know below…