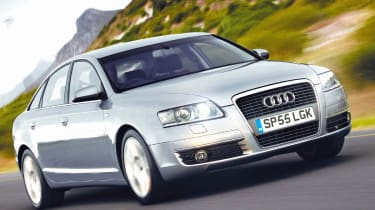 “I have an Audi RS6 estate. Great car, amazing performance, good reliability and build quality - fuel consumption worse than I thought would be though, sometimes less than 10 mpg! Knew it wouldn’t be good but not that bad!”

“Probably the best car I have ever owned. 48mpg, loads of style, really roomy, comfortable, 19,000 miles between services - what more could I want? Probably expensive to service, but as it is a company car I wouldn’t know!”

“Practical but still an engaging drive. I can fill this up with a load of heavy work gear and still get 38mpg out of it. Performs less well on fuel than its lower-powered predecessor (which wasn't the SE Turbo) which regularly gave 50+ mpg but has more torque and is thus a better drive overall - particularly when it comes to having small windows of opportunity to overtake.”

“Excellent car and, in general, great build quality. However there have been some minor niggly little things that you don't expect from Audi, that have resulted in going to the dealer 11 times in 20 months. The problems generally take Audi two or three goes to fix.”

“Good but not as good as I was expecting. For the comparative difference in price a Mondeo or a Passat is probably the better buy.”

Dropping out of the top 10 will be disappointing for Audi. Although it lags behind arch-rival BMW, it has at least beaten Volvo and Mercedes. Part of the reason for the firm's drop could be reliability niggles. Over the last three years, just over half of Audi's customers reported some sort of fault – that's more than Ford, which is hard to justify, given the price of four-ringed top-sellers.