Steve Sutcliffe picks the 5 cars he can’t get enough of from the Ford Focus to LaFerrari and Porsche 911 GT3. 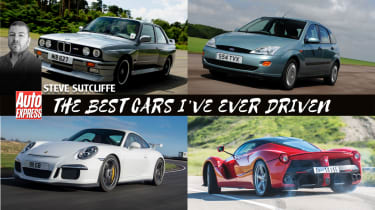 A car journalist for over 30 years, Steve Sutcliffe has also competed in the BTCC with Lexus and finished on the podium with Aston Martin in the Silverstone 24 Hours. He’s one of the few writers to have driven a modern F1 car, too. Below Steve looks back at the 5 road cars that stand out as the best he's ever driven and explains why they are so special...

You get asked many things by many different people in this business, especially after a beer or two. Things like, how did you get the job in the first place? When did you start? Where did you start? Which titles do you write for? And so forth.

But there’s almost always one recurring question: what’s the best car you’ve ever driven? For a very long time, my answer has been the F40. I’ve only ever driven this amazing Ferrari twice; once across the North York moors with a McLaren F1 in tow – which, for me, the F40 completely digested – and then again on an airfield near Swindon, called Kemble.

On the moors the F40 was so wild, and felt so exciting to drive but also so close to the edge, that I thought it was mental. I couldn’t quite believe it was legal, to be honest. Yet thinking back now, I also think it was perfect, albeit in an entirely imperfect way. We live in sanitised and very strange times at the moment. But in hindsight the F40 really was – and remains – ‘it’ as far as I am concerned. 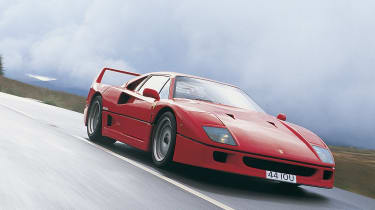 Its interior was sparse to the point of comedy; its traction was just about non-existent on the (wet) moorland roads, and its power delivery was light-switch loopy-soup. But I also remember driving home later that night, back down the A1, away from the moors and away from the F40 in which I hadn’t just crashed, thinking: what a car; what an experience! What a memory I have just built.

Nothing much changed when I did close to 200mph in one down the runway at Kemble a few months later. Except then I also realised how well it stopped, how beautifully it steered, how agile it was and how lovely it sounded. It was a proper, ear-splitting, heart-thumping, mind-altering car. I’ll never, ever forget driving it.

Ford knew it needed to over-deliver with the original Focus, and I’ll never forget driving the car for the first time. Its Escort predecessor was not only lambasted by the press, it also wasn’t bought by the public in the required numbers, either. Ford knew it had to throw the kitchen sink at the replacement – and, blimey, did it do that.

The international launch was in northern France, and the host of honour was a chap called Richard Parry-Jones, who was pretty much Ford of Europe’s saviour. The head of engineering was a tall but very likeable man called Ulrich Eichhorn, who has subsequently gone on to do all sorts of impressive things within the Volkswagen empire. 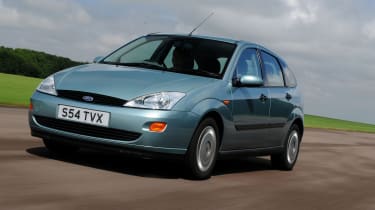 They said their stuff. We listened. And to begin with it all sounded convincing enough. But we were still sceptical, most of us motor-noters, given how rubbish the previous-generation Escort had been. One hundred metres in the new Mk1 Focus – with its expensive new rear suspension and excellent interior – was all it took.

I remember driving it for no more than 30 minutes, but on good roads, and then climbing out, not knowing quite what to say to the various other testers who were present. After another two days of driving it back-to-back with a VW Golf, Honda Civic, Renault 19 and a couple of other cars I can’t even recall, the conclusion was absolute. This time, Ford had nailed it. This time the manufacturer had well and truly smashed it.

Quite how much it cost the blue oval to do so will forever remain a mystery to the likes of you and I. But whatever it cost, it was worthwhile. The reputation had been redeemed. The job had well and truly been done. So in the end you have to respect someone, somewhere, within the great Ford empire for taking and then implementing that decision – because to this day the Mk1 Focus 1.6 remains one of the most comprehensively superb cars I’ve ever driven (so cheers for that, RPJ).

It was all a bit guerrilla, the first time I drove the 991-generation Porsche 911 GT3.

Three of us flew out to Stuttgart to film and photograph it. We met a man in a rainy car park, and he handed us the keys to a model that – at that point – hadn’t yet been launched to the world’s press. So I climbed in, drove it for a bit and thought: OK, the world of sports cars has just changed. Forever.

There was a huge backlash from the so-called cognoscenti about the GT3’s PDK-only gearbox. Frankly, though, I thought it was awesome for the speed and efficiency with which it could shift gears. And as for the flat-six engine… 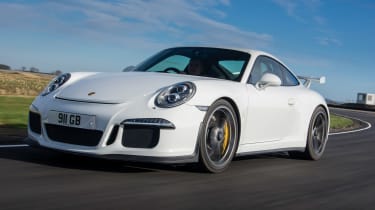 But thinking back now, it was the steering, chassis and brakes that defined the GT3 as being something special, something unique. Not just at that price point in time, but at any price. And at any time.

I once owned a 964-generation 3.6 Turbo S; the Bad Boy’s car, and while it was great to look at, it wasn’t very nice to drive. The GT3, on the other hand, was absolutely epic to drive, and rather nice to look at, too. So for me, as a life-long fan, the 991-era GT3 represents the moment when the 911 became truly great. No excuses required. Although, having said that, the 993-generation 911 RS wasn’t exactly shoddy, either. But that’s how highly I rate the GT3.

One of the first proper twin tests I was ever involved in as a car journalist was the Sierra Cosworth versus E30 M3. In the New Forest. In the middle of winter. Sweet.

The Cossie was the new car, the E30 M3 was the established rival. But I had eyes and ears for only one model – and it wasn’t the new kid on the block. 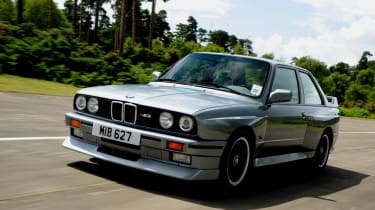 When, finally, I got to drive the M3, I had something of an epiphany – because it was even better than I imagined it to be. Its steering was magical in its detail. The driving position seemed perfect, even though it was left-hand drive. The gearbox felt like it should belong in a racing car, with a proper dog-leg first-to-second shift to prove it. As for the chassis? It was peachy. Just lovely. The BMW made the Cosworth seem blunt, ragged and rubbish when, in fact, the Ford was anything but. That’s how sharp the E30 M3 felt back in the day.

It was one of those moments in car history that may never happen again. McLaren launched the P1, Porsche, the 918 – and Ferrari, the LaFerrari. All of them hybrids, each with their own take on what a 1,000bhp hypercar should be like, and all in the same month.

I was lucky enough to drive all three within a few weeks and, whisper this, I found the LaFerrari to be by far the most engaging. I thought it was the business! 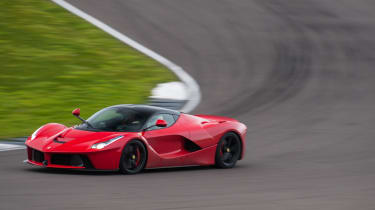 Why? Because Ferrari used the hybrid tech to fill in and basically boost the already titanic power from the atmospheric engine – in this case, an already epic V12. McLaren and Porsche went the other route and used the electric tech almost as a separate novelty, maybe even as a marketing tool. But the Ferrari engineers just went for it, and used the hybrid power purely as a means of getting an 800bhp V12 to hit 1,000bhp. At all times.

As a result, the sound of the V12 remained intact, plus the throttle response appeared to be entirely analogue. It seemed like there was a 10-litre V12 screaming away behind your head, and on both road and track it was ridiculous how quick the car felt, how great it sounded, how non-digital it seemed compared with its two rivals. Will there ever be anything quite like it again? I fear not.